If you’re a Zomato fan, here's what you should know (about Yelp) 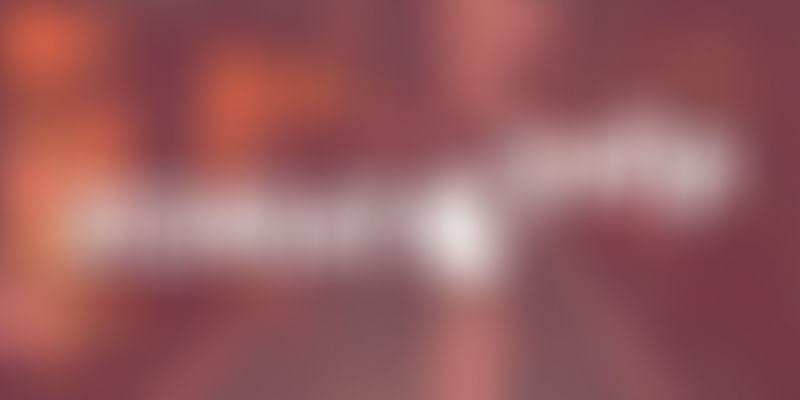 Indian startup enthusiasts across the globe went into a frenzy when Zomato, the popular restaurant discovery service, announced the acquisition of San Francisco based UrbanSpoon. Headlines splashed across social media: 'Zomato plans to eat Yelp’s lunch in America', 'India’s Zomato braces for war with Yelp', and more!

Some context: Zomato is an Indian company that started as FoodieBay back in 2008 from Gurgaon before it was rechristened to Zomato in November, 2010. Backed heavily by InfoEdge and other investors, the company has raised about $113 million till date with a valuation of about $660 million. In 2012, it spread wings globally and started acquiring restaurant listing companies in emerging markets and made five low key acquisitions before gobbling up UrbanSpoon to mark its entry into the biggest of all markets - US. Zomato is now present in 22 countries with a listing of over a million restaurants globally. (Here's an earlier inquiry on its valuation.)

Coming to the acquired company, UrbanSpoon was founded in Seattle, Washington by former Jobster employees Ethan Lowry, Adam Doppelt and Patrick O’Donnell in 2006. UrbanSpoon went on to get acquired by InterActiveCorp, an American media and internet company in 2009. Strong on mobile, UrbanSpoon operated with a significant presence in US, Australia, Canada, New Zealand, Ireland and UK. Zomato acquired UrbanSpoon in a $52 million all-cash deal.

And then there's Yelp:

It all started back in 2004 when Jeremy Stoppelman and Russel Simmons of the PayPal Mafia became a part of a San Francisco based startup incubator, MRL Ventures. The idea was conceived when Stoppelman was looking online for a recommendation for a doctor around him but found none. This was the eureka moment and joining forces with Simmons, the duo started an email-based system for referring friends to local businesses.

Yes, email based. If you wanted recommendations about a local business, you’d enter the service you’re looking for, the location and the email ids of people you wanted recommendations from. Yelp would then email these people and also others looking for similar services in the locality. After compiling the responses, Yelp would send it back to the people who requested.

Two words- no scale! It might be common knowledge now but the concept of an online platform had hardly materialized then. It was only after an year after launch when the duo pivoted and allowed users to share their reviews publically on the website. With their initial email based model, there was hardly any traction and no investor was willing to invest (Max levchin of MRL put in the initial $ 1 million). But after the pivot, things started looking brighter.

The site had about 12,000 reviews in 2005 and Bessemer invested $5 million. Getting the push, Yelp grew in confidence and the number of reviews increased to 100,000 in 2006 along with a follow up round of $10 million in November 2006 from Benchmark Capital. By the summer of 2006, the site had one million monthly visitors. After this point, there was no looking back and investor confidence kept growing. DAG Ventures came in with $15 million in February 2008 and Elevation Partners invested $100 million in 2010. At this time, Yelp employed 300 people and revenues were estimated to be at $30 million.

In 2012, Yelp filed for IPO and despite a lukewarm performance in the first quarter, it has kept growing and the company is currently valued at $5 billion (revenues of about $250 million), after a decade of starting up.

This is how the journey has panned for Yelp. Now let's shift focus to the finer, more important details with Zomato in the fray.

How does Yelp make money? 80% of total revenues which stand at $232 million is local advertising. This means that businesses who are on Yelp and want to feature themselves, can do so by paying Yelp and this is a common model followed by a lot of internet companies (closer home, think JustDial). And the other bulk of the remaining 20% is brand advertising (banner ads). When Yelp went public, it's valuation stood at $836 million which has now jumped to about $ 5 billion mainly on the back of the network effect. Yelp is also a social network which lets users friend other users, create profiles, chat on forums and participate in offline meetups. As of October 2014, when it generated the first quarterly profit, Yelp had 139 million unique visitors per month, 86000 business accounts and 67 million reviews in total. All this is generating 200,000 daily calls to businesses, 10,000 food orders on the site every week. Albeit food is not the largest segment, shopping is - 23% of the total reviews. And Yelp believes it is just getting started.

Now, comparing this to Zomato which is valued at about $700 million and used the $52 million of the last $60 million round in acquiring UrbanSpoon, the challenge is gargantuan. Zomato founders themselves believe that the step is very ambitious but with the entry into US, comparisons to Yelp were bound to crop up. For Zomato, CEO, Deepinder Goyal clearly listed out their monetization model in a 2013 Quora post-

- Restaurant advertising: this is when we place banner ads for restaurants on the website. This accounts for ~75% of Zomato's revenue.

Zomato registered an operating revenue of INR 30.6 crore (about 6 million, about 3% of Yelp) during FY 2013-2014 and we believe their B2B wing (technology tools for hotels) constitutes a significant chunk after the local ads business which would still be around 75%. For now, Zomato is focused dead straight on the restaurant businesses. We asked CEO Deepinder Goel if Yelp is the ultimate competition? Does Zomato intend to drill deep down into restaurants and then open up to other small businesses? The answer is yes and no.

"Yelp publishes crowd-sourced reviews about local businesses. It also hosts social events for reviewers; and provides basic data about businesses, such as hours of operation. Zomato's core features include highly curated information – scanned menus, photos, and geocoded coordinates for restaurants; users can rate and review restaurants, as well as create their own network of foodies for personalized recommendations."

Zomato believes their focus on restaurant discovery and providing a holistic dining experience gives them an edge over competition. "As we grow we’re driven to constantly improve our product within our space with less room for error. Its a winner takes all market and we’re focused on dominating the competition within our space," adds Deepinder.

Legalities and small businesses, and the difference in model

A business around online reviews is an exploration in this 21st century and it would have been hard to fathom more than a decade ago how such a business pans out. We have come a long way from a time when small businesses wouldn't even think of paying to be featured online to a point when the value is pretty evident and small businesses take such platforms very seriously.

The impact Yelp was having was pretty clear. A 2013 BCG report shows that a business owner without paying Yelp anything saw an average of $8,000 in annual revenue and with advertising, this average goes up to $23,000. And this doesn't work just one way, there have been cases where businesses have seen a downfall because of a few negative reviews and many find this unfair. To tackle this, Yelp had launched a suite of tools for business owners in 2008. But some of the cases have grown pretty big with several class-action lawsuits. These cases can't be ignored because they do have some base in truth, human behaviour is hard to keep in control and rivalry amongst small businesses and opposing actions can certainly represent something online which is far from reality.

And this is also the biggest difference in model when it comes to how Yelp and Zomato operate. For business owners, Zomato acts as a highly targeted advertising platform, making it convenient for restaurateurs to interact effectively with customers searching for dining options. Deepinder says, "Yelp's data isn't moderated or refreshed as often as ours, and since Zomato data is refreshed every 3 months, it's more relevant and up-to-date."

Zomato has maintained its own team of foot soldiers who go to each restaurant and maintain their data. Users can review and give their opinions but this reflects more on the social angle of Zomato. The Indian startup recently started pushing towards making Zomato more social by letting users create stories around their food experiences.

Coming back to the difference in model, doesn't maintaining an army on the ground become too intensive? It sure is but it is their strength. "Our process of data collection is extremely thorough. The feet-on-street model of collecting data involves our data collectors roaming the streets of a city and collecting restaurant information first-hand from cafes, bars and restaurants. It helps provide us with updated information every 90 days. People only come back to use Zomato because of the rich content that we provide them in terms of it being updated, relevant and real time and the feet-on-street model differentiates us from the others out there," says Deepinder.

For UrbanSpoon, the focus was again on user generated and reviews and this is likely to change with Zomato acquiring this fast growing network that was previously owned by IAC. With its first few steps, Zomato had made it clear that it'll go after developing markets like Italy, Czech Republic, etc but this sudden decision to go big with entering USA, spice things up tangy red. The next few years are going to be pivotal in how the dish turns out at the end and for this, Zomato sure needs all the investor and user confidence to fire on all cylinders.