We need to think of entrepreneurship beyond VC-fundable ventures 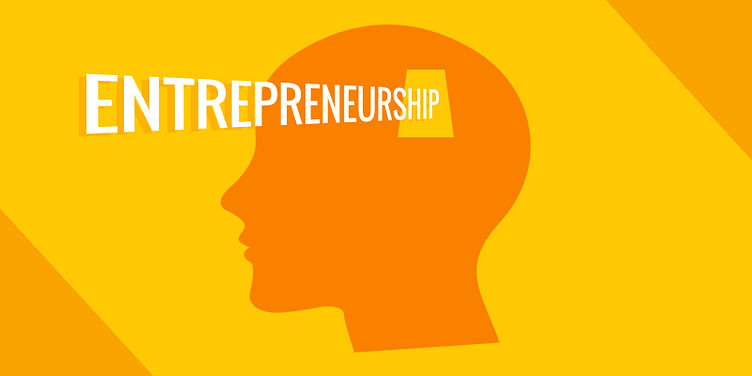 The startup ecosystem in India is progressing at a very stable pace. The percentage of young individuals as well as experienced professionals thinking of entrepreneurship as a career option is growing due to a number of reasons:

Overall, it is a great time to become an entrepreneur in India.

However, the entire entrepreneurial community, as we think of it today, is miniscule in comparison to the much larger number of aspiring entrepreneurs in the country.

For a country of the size and scale of India, this is a very pitiable number. But the reality is much more encouraging. Entrepreneurship, as it is defined or articulated today, is largely about ventures that have the potential to get VC funding. And that is because entrepreneurship and startups are two new words that were added to our lexicon, when US returned Indian entrepreneurs began investing in tech companies. Business schools and engineering colleges became favourite hunting grounds of these entrepreneur turned investors, and later followed by institutional investors, as they were primarily investing in tech or tech-enabled startups that had the potential to raise venture capital.

And when young companies were funded, and their valuation figures were celebrated, ‘startups’ suddenly became a buzz word on campus and among young professionals wanting to make it big. As a result, entrepreneurship popularly started getting associated with angel investors and venture capital funding. All business plan competitions in b-schools and engineering colleges had VCs and angel investors as guest speakers and judges. All entrepreneurship conferences agenda tilted towards venture capital driven entrepreneurship.

Yet, before the words startups and entrepreneurship became fashionable, Indians were already very entrepreneurial. Our commercial acumen was known by the word ‘dhanda’ or ‘business’ and not as entrepreneurship. Somehow, along the road, we started forgetting that ‘starting a venture’ is about starting a business. Young people started thinking of getting angel or VC money as the starting point of starting a business. In fact, the word ‘business’ is often missing in the ‘thinking’ of young, aspiring entrepreneurs who think about a concept and their focus is about generating ‘wealth through valuation’.

Entrepreneurs will do well to remember that ‘wealth through valuation’ is a by-product of building a strong business, not the goal, and certainly cannot be the end goal.

Venture Capital can fund only certain type of ventures i.e. those that can scale-up exponentially and can create disproportionate value for the capital invested. They can, by definition of the kind of asset class, participate only in high-risk, high-return ventures.

However, there are several businesses that will not provide VC-sought returns, but will provide a healthy dividend on the capital invested. The risks in those businesses will also be much lower.

Programs like ‘Make in India’ and ‘100 Smart Cities’ will throw up significant opportunities for several businesses, many of which will not fit into the VC model. And that’s OK. What we need to create are platforms and mechanisms to provide capital to businesses that are outside of the VC model.

What we also need is to reorient our b-school and engineering college students that entrepreneurship is about starting a ‘business’ that will create value, employment and wealth. And VCs and angel investors are not the only way to fund businesses.

While a number of non-VC-fundable businesses will emerge, we do need the capacity to provide starting up capital to thousands of entrepreneurs whose ventures have the potential to be VC-fundable. However, given the small size of the current investor eco-system, the number of transactions done is very limited.

Typically, angel investor groups invest upwards of USD 500,000. However, a number of startups can actually get started with USD 50,000 – USD 100,000. It becomes difficult for angel investor groups to invest in smaller deals because their members, who are typically ultra high net-worth individuals, are reluctant to write smaller cheques.

At Applyifi, we are on a mission to expand the pool of angel investors by enabling senior professionals and modestly successful entrepreneurs to co-invest in high-potential startups, along with more experienced angel investors. To do that, we are providing potential angel investors online access to standardized, comprehensive pitch decks of startups along with a 36-point scorecard and assessment report. This, hopefully, will make the process of deal discovery and deal short listing easier.

Our goal is to expand the pool of angel investors to about 10,000 individuals and thereby create the possibility of providing startup capital to 10x the number of startups than is practically possible through offline channels. Hopefully, by creating the online platform for showcasing startups, we will also be able to provide capital to ventures other than those with a high-risk, high-return space.

Overall, India has never had a more conducive macro-environment for fostering entrepreneurship. What we now need is to significantly grow the enablers in the ecosystem and enable entrepreneurs to take their concepts to the market.