Chasing connections in the history of Mathematics and Science with Fadesingh 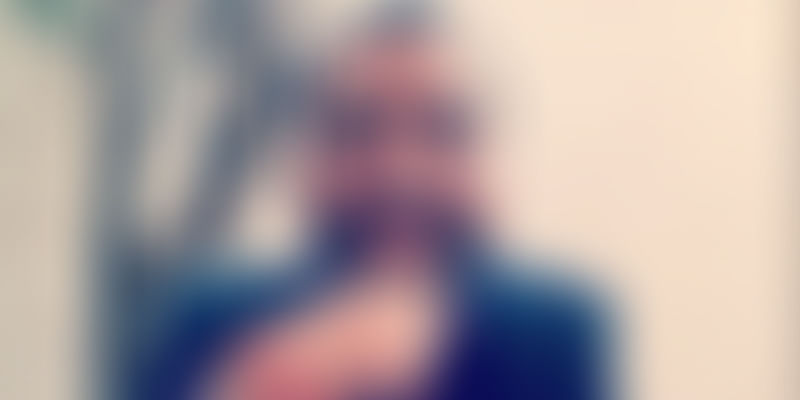 Fadesingh is a man who'd like to consider the possibility of giving every child a sundial instead of a laptop. For him, the scientific inquiry arose strong when once during his teenge years, his father bough him an electronics hobby kit. He made a radio transmitter and sound triggered switches and all this proved to come in handy when he was preparing for his entrance exams. It didn't come as a big surprise when he made it to IIT-Khargapur but on entering college, the magic of science fizzled away. “My love for science subsided for lack of passionate inspiration. Instead, my attention quickly trained itself towards literature and the dramatic arts,” he writes in one of his regular columns about history of science. He could have taken up any job but he chose to embrace the unknown, explore and share what he finds. In October 2011, he started the Zetatrek Project (under Compasswallah) which is a slow (but long) expedition of science and math hobbyists across the world. This citizen science project enables laypersons to engage with many areas of knowledge, while remaining deeply rooted in the history and culture of mathematics (check out his latest workshop).

Fadesingh is an ordinary person doing some fascinating work and in this interview, we get to know a bit more about the man behind the Faadesingh pseudonym- Rohit Gupta.

RG: I wish I could answer that in simple terms, but I am a highly conflicted person inside. This is why I have worn numerous pseudonyms over the years.

I am usually found frantically chasing connections in the history of science and mathematics, so you might say I am a time traveler trying to escape the present where I seem to have been marooned.

JM: Tell us the story behind Compasswallah.

RG: The word compasswallah is 19th century slang for British surveyors in colonial India. They would often be seen carrying various instruments of geodesy like telescopes, theodolites, sextants, plumb lines, and naturally…a magnetic compass. Most of this had to do with the Great Trigonometric Survey of India, which according to John Keay ( author of ”The Great Arc: The Dramatic Tale of How India Was Mapped and Everest Was Named”) was the most audacious scientific expedition undertaken in its time. In the guise of measuring India for the Company, they wanted to find out the curvature of the Earth! It was a huge problem at the time.

When I took up the history of science seriously, I wanted a name that wasn't so serious. Something like chaiwala, bhaajiwala, Kabuliwala... so I became Compasswallah.

JM: History, mathematics and a lot of spice. Your work seems pretty fascinating, what is the end goal? (if there is one)

RG: I have come to believe that the universe is full of mysteries, and to explore them is the main purpose of mankind.

To me mathematics, astronomy and the scientific arts are the greatest monuments to human existence, and nobody should die without experiencing some of their beauty. And my work tries to bring that experience in depth to as many people as possible.

JM: Is this a commercial venture? How do you make money? What are the plans going ahead?

RG: No, I survived the rough patches with help from family and friends. Even then it has been a very difficult road, but I'm getting better with experience. For now I conduct online and offline workshops, I write a column for The Hindu Business Line. I just gave a very well-received talk at TEDx in BITS Goa. There is no particular business in mind except getting better and better at what I do. Whether it involves some kind of technology or tool is of secondary consequence. I know money is important but I'm just not very good at making it.

JM: Tell us about this online workshop. Who is it for? Why should anyone sign up?

RG: It's a basic introduction to the theory of prime numbers over 11-weeks. Math is not about numbers really, but the geometric patterns underneath them. Of late, these patterns have started cropping up in physics, cosmology, biology... and it makes sense. Prime numbers are about divisibility, so if nature exhibits periodicity in any kind of phenomenon, divisibility will play a role.

As an example from evolutionary biology, it has been seen that certain species of cicadas have lifecycles of 13 to 17 years, which are prime numbers. This is so that no predator's lifecycle can divide this cycle exactly, and the cicada population will never have a extinction event. A completely startling appearance of number theory in evolution, don't you think? What if this goes deeper into the origin of life itself?

Anybody who is interested in such bizarre and fascinating things should sign up! I've kept the fee very low to keep the workshop accessible for everyone.

JM: It must have been quite a journey, the past few years. Any special learnings or realizations?

RG: (laughs) I don't have any big realizations, really. I just stumble randomly from one realization to another like a photon bouncing inside the Sun for thousands of years before escaping for a quick 8-minute sprint to some rock floating in space so you can read these words. I mean, the human lifespan is too short to know anything of significance in the larger scheme of things, you know.... unless you're... Isaac Newton or James Clerk Maxwell or something.

JM: What do you wake up for everyday?

RG: I wake up to conquer the world with a simple but startling idea, and then I think about that idea the whole day. Someday, it will come to me. It is probably lying in some dusty library inside a forgotten book written hundreds of years ago. So yeah, I keep looking for it everywhere, in everything.