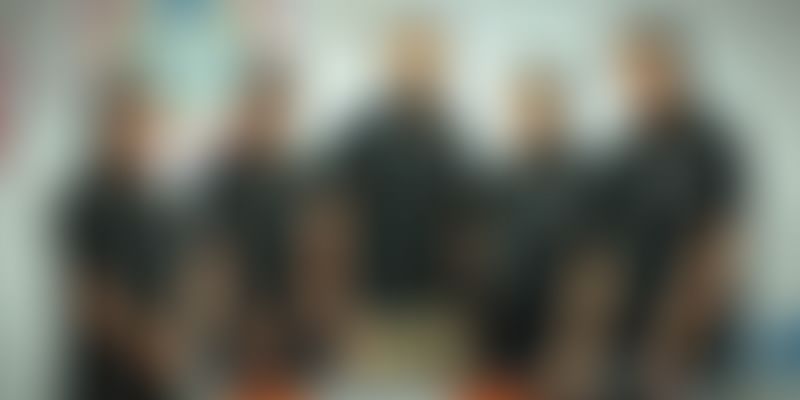 When US President Barack Obama visited India during Republic Day this year, over 15000 CCTV cameras were deployed in Delhi. Just in case some incident had taken place, the amount of footage cops would have had to go through would have been really high and the time wasted doing that could also have been better utilized. Well, crime cannot be eliminated completely but with the help of iCaptura - a face recognition and notifying system - repeat offenders can be caught easily. This may even help in a big way to prevent crime from taking place in the first place.

Sunoj Antony is the Founder of GenioCode, the company behind iCaptura. Incubated in the Startup Village, Kochi, iCaptura is a software that helps recognize faces and notifies the authorities once a face has been captured and located in a camera. Sunoj says, "We have developed a customised algorithm to identify a person perfectly from a crowd. Developing this kind of product is not easy but not impossible either. We have applied for a patent so any other company cannot replicate our product."

Once an image is fed into the system, the system locates and raises an alert whenever a CCTV camera finds it. It raises an alert and informs stakeholders through an MMS. Since most criminals are repeat offenders, this can prove to be a boon if implemented properly.

The software can be used at multiple places. It can even be used to locate known terrorists, criminals and missing people and alert concerned officials through email and MMS with the located person's image, name, date, time and location. An MMS would be sent with the video footage and the authorities alerted. The system also sends a mail to the concerned person who can then take swift action.

Apart from law and order, the application can also be used for other purposes. For instance, to monitor attendance in schools and offices without intervention. The camera can capture and update attendance as and when people enter the premises. Later, the details of absentees can be sent to parents/concerned officials.

Not only this, it can also be used for managing vehicles in the parking spaces of apartments, clubhouses, schools, colleges etc. Since iCaptura can recognize members’ vehicles by their registered numbers, desired action can be taken, be it allowing the vehicle to park or alerting someone in case of suspicious activity.

The system can be deployed to detect and prevent illegal voting also. It is very difficult to identify fake voters, especially in India; through election identity cards. The system can sound an alert if the person voting is different from the face on the Voter ID card.

The company is planning to install certain features which will enable home security. For example, by pressing a particular button/icon in the mobile device, home owners would be able to activate the alarm in iCaptura, which would then alert neighbours through email and MMS. It would also sound an alarm, forcing neighbours to pay attention immediately.

At present, the team has developed a prototype and is raising funds to build the associated hardware. They have already got installation orders from Startup Village so that unauthorized entry into the village can be prevented.