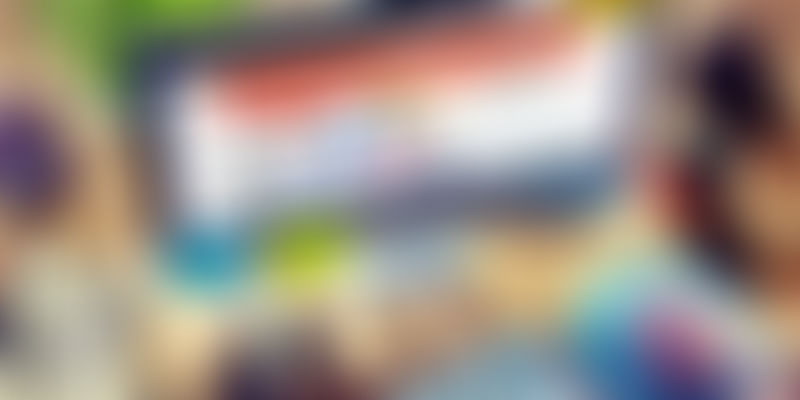 In 2012, 1.4 billion people in the world were on some kind of social networking site. In 2014, 74 per cent of online adults were known to use social networking sites, and these numbers will grow higher and higher. What started out as a trend will soon become an important part of post-modern culture as social networks will eventually become a natural extension of our public lives. Over the last three or four years, this evolution has allowed the e-commerce industry to capitalise on social networking trends.

Currently, India is the fourth largest market for smartphones (GSMA) with more than 117 million users. According to a 2013 Ericsson report, penetration will reach 45 per cent by 2020 with a whopping 520 million devices. Eventually, users will start using their smartphones to access the internet, as well as, apps that’ll allow them to shop through their smartphones.

With such exponential growth in all these markets, it’s no wonder that India’s coming up with its own variety of social commerce platforms.

Here are eight of many popular social commerce websites ruling the roost in India:

The fashion industry in India is worth billions. With more and more global brands entering the country, the internet allows millions to access brands otherwise difficult to access in the real world.

Enter Voonik, a Bangalore-based apparel store that has stylists as part of its team to help you choose your favourite fashion products. In 2014, the Bloomberg India The Pitch 3.0 winners raised INR 2.5 crore in seed funding from investors. Founded by Sujayath Ali and Navaneetha Krishnan J, Voonik recommends personalised fashion from multiple stores for its users based on what they like (heart) and dislike (x). It’s basically Tinder for fashion, and there are more than many takers for it.

Last September, they clocked their downloads to 10,000+ for a month.

In the business for more than two years, Klip is like Pinterest if it allowed you to buy, too. Also in the business of personalised shopping through online vendor ties, it connects its users based on their ‘klips’, creating small communities of users with like-minded interests in fashion. Historically, shopping has always been a social activity for women, who tend to shop in pairs or groups. Klip simply allows you to enable that process online, creating a rich and fun shopping experience on a crisp and clean interface.

Klip is a product of Smursh Media, a media agency started and run by Harsh Gadia, Sahil Malkani and Manesh Madambath.

Because, offline shopping is still the most preferred form of shopping (even in developed economies), Wooplr, a Bangalore-based startup, leverages this culture for its product recommendation platform. Started in 2011 by Ankit Sabharwal, Soumen Sarkar and Arjun Zacharia, Wooplr allows users to discover new products through people who share information about their purchases. These are genuine recommendations from genuine people. In 2014, Wooplr added a new feature called Nearby on their mobile apps. The app helps users share information about the best places to shop and eat at the closest distance to where you may be in what’s known as ‘hyperlocal discovery’. Where others are more interested in encouraging online shopping, Wooplr goes back to the basics and enhances it for the 21st century.

Co-founded by Suchi Mukherjee, Ankush Mehra and Manish Saxena, LimeRoad started out in 2012. By 2014, they were curating products from more than 600 vendors and had received USD 20 million in funding.

Besides fashion and apparel, LimeRoad also showcases home and kitchen products, making it more attractive for women from different walks of life. With Neha Dhupia, Nafisa Rachel William and Rina Walia S on its ‘Style Council’, LimeRoad provides a diverse library of fashionable ‘looks’ for your size and type. Users can also create scrapbooks and share them online, besides purchase entire looks for as little as Rs 6000, making LimeRoad a shopping haven for women who need new looks at affordable rates without the hassle of travelling.

Just about a year old, Memoirs, founded by Mrigank Shekhar and Kush Srivastava, is yet another addition to the social product discovery trend in fashion and gifting. In December 2013, their iPhone ‘Gift Ideas’ app reached top 10 in India under the lifestyle category.

Memoirs helps tag, classify and recommend products based on personal interests. Each product is hand-picked from vendors and e-commerce sites. It’s a convenient and effective way to connect merchants with targeted shoppers interested in information on new products, promotions and discounts.

Memoirs works around a simple motto: ‘Fashion, Fun and Friends.’

Hyderabad-based VioletStreet was founded by Ankur Gupta. In 2015, the group secured an INR 2 crore funding.

Violet Street functions as a social network for the fashion obsessed or even the occasional shopper. Every time a user selects a product, VioletStreet, through its algorithm, recommends the best product to match the selection. It also allows friends to shop in real time online and discuss their purchases. The VioletStreet team creates nearly 100 ‘looks’ per day, which are then shared on its platform by users.

The best way to our hearts is through receiving promotional deals in our favourite restaurants. Another startup that relies on social media is Promon.in, a promotion discovery platform that unlocks promotional offers when users share them on social networking sites. Promon currently offers food and beverage promotions in the most popular restaurants and pubs in Delhi; hence, a godsend for the perpetually hungry, but gastronomically discerning.

The startup even features day specials like Lazy Weekends, Go Crazy Fridays and Kill Blues Mondays, catering to the way eating and drinking needs change as the week progresses.

Our last (but not final) addition is EtailOne, a product discovery platform that provides users with a huge selection of products from electronics to furniture to fashion. EtailOne mixes its product discovery with social shopping, price comparison, coupons and discounts, hand-picked products and price alerts. It creates an entire social shopping profile for its users and bases its recommendations on it.

As of now, they claim to have sold over 2 million products, feature nearly 25,000 brands from hundreds of stores.

Besides these eight, though, India has been consistently seeing the entry of various players in social commerce, convincing buyers the internet is finally communicating with them the right way. Some of these startups are Clipr, Indiplum, Intuce, Doozton (acquired by Snapdeal), InstaClique, DilBole and Roposo. However, not all of them have survived the test of time or the gradual competition.

The facts are simple. Indian retail industry is worth USD 490 billion. However, most consumers prefer traditional shopping to online shopping. It’s a big market to crack, and likely a difficult one. What's also interesting is that surveys show most internet users prefer shopping online in their native tongues, opening further avenues to success in multi-lingual countries like India, which need localised versions of global technologies. The fact that smartphone penetration -hence, mobile internet access- is exponentially increasing in India is the extra ingredient that makes the social commerce dish close to perfect. As is the way of the 21st century, ever-changing cultural trends will take technology in many directions: some predictable, some surprising, others amusing.

With the number of social commerce startups growing, is yours missing from this list? Then, share your story with us on YourStory.