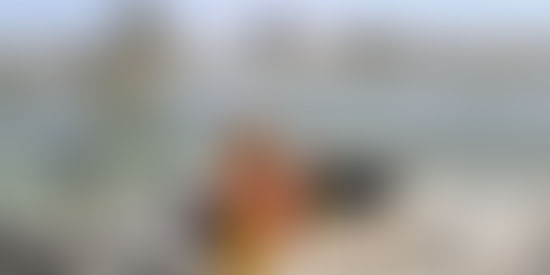 While a city household comes to a standstill if there is a two-hour delay in fresh water supply or even temporarily empty water tank; in the heart of Marwar in Rajasthan, a little girl makes an arduous four mile trip every day to fetch two pots of water. Two pots – for a family of six – to last an entire day.

Inadequacy of water, although a less talked of social issue, has started showing its ugly face in threatening forms in rural India. The issue is far more severe than one can gauge superficially and has in time branched into other problems like poverty, loss of livelihood, poor sanitation, death and disease amongst many others.

Battling scarcity of water and many other social and ecological issues, Jal Bhagirathi Foundation (JBF) has scored success where there seemed to be little hope. Working hand in hand with villages and communities of Jaisalmer, Jodhpur, Barmer, Jalore, Pali, Nagaur and Sirohi districts, JBF has made a very serious endeavour to improve living conditions by actively involving the community in all its endeavours. “At JBF, our philosophy is very clear. We involve the community in all our projects, encourage them to take decisions, put them in charge of maintenance and thus create a sense of belonging and responsibility,” shares Jyoti Katiyar, an environmentalist currently involved with JBF. “This also makes them self-dependent and confident,” she is quick to point out. In its attempt to find answers to local water issues, JBF has created self sustainable villages and communities. Formed in January 2002, in an alliance between Rajendra Singh, Prithvi Raj Singh and the House of Marwar, JBF was started with the aim of promoting sustainable ecological development using traditional techniques of water conservation, pasture conservation and grove conservation.

Inadequate water supply and scant rainfall are characteristic to any desert eco-system. However, steadily changing climatic conditions and recurring droughts have made the situation far more serious in Marwar. “JBF has structured very successful socio-ecological models to combat water issues. We have come up with Jal Sabhas, which consist of groups of villagers who take care of water tanks that have been jointly funded by us and the local community. Villagers pay to get water from the tank. This not only makes them use the water responsibly, it also helps generate funds. This money is used for tank maintenance, children’s education and general upliftment of living conditions,” says Jyoti, explaining how the model, which is cyclic in nature, works for the overall progress of the desert community. “We have invested in rainwater harvesting schemes that very efficiently feed these Jal Sabha tanks,” she elaborates.

JBF’s mission had clarity right from day one. The aim was to provide adequate and safe water to meet both human and animal needs. Hence, the ecological conditions had to be slowly altered and made conducive. Public participation and community involvement was another very important goal. Traditional knowledge handed down through the ages; appropriate technology and age old wisdom were combined with public participation and community efforts. On being asked what are the primary challenges faced by JBF, Jyoti shares, “JBF models have been very successful. However, there are two primary challenges that we deal with. The first challenge is to replicate successful models like Mandli village and Pachpadra in other areas of Marwar. It takes a lot of time and public mobilisation to do that. The second challenge is funding. Funds are aplenty, the World Bank has given a huge amount of money to the government to work for social welfare, but there is a lack of vision to use these funds. There is so much money available that it has nowhere to go.

Mandli village in the Barmer district of Rajasthan is one of the many success stories of JBF. It had severe scarcity of water. Erratic spells of rainfall did get in some water but the village pond was too small to contain it and the water over-flowed. Whatever little water got harvested was not enough to last the year. The village community, in collaboration with JBF, made an endeavour to increase the catchment area with the funding coming jointly from both the parties. The result was a large village pond that survived the drought of 2009. The program became so successful that people from neighbouring villages started buying water from Mandli, which helped generate revenue. Today, this income becomes a part of Jal Kosh that in turn maintains the catchment area and uses the money to resolve other socio-economic issues of the community.

Pachpadra is another noteworthy project. Pachpadra village suffered a serious shortage of water. The village pond was too small and to make the situation worse, it had saline water. To solve the problem, JBF – in partnership with the government and the local community – set up an RO plant. The machinery was provided by JBF, the water was provided by government agencies and maintenance fell into the lap of the villagers. Clean and treated water, that was now produced, was sold at water outlets by community women. Again this became an income generating model that helped with the upkeep of the water plant and the village.

JBF has entrusted the women of these communities with a lot of authority, taking into account their vast experience as home runners. Jal Sabhas include more women than men. So when women stand up to speak before a crowd they gain confidence and society also takes them more seriously. The money generated by JBF models is used for educating the children of the communities which in turn helps them become unprejudiced, mature adults.

Jal Bhagirathi Foundation has many feathers in its cap, the biggest one being the ability to create self-sustainable village communities that now understand the importance of sustainable water management. JBF is working towards providing water security to the people of Marwar and addressing other issues like poverty, livelihood, gender equality, child education and sanitation via its many models. Most importantly, JBF is making the people believe in themselves, which is the biggest asset for any community to move progress.