How Lisa Ray defeated cancer and found herself again 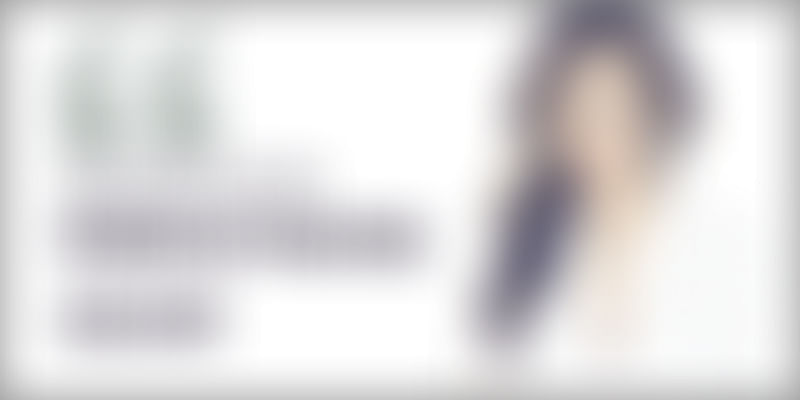 Imagine having a successful career as a model and actor in Bollywood and Hollywood with a life full of excitement and media attention. And then suddenly; being plunged from the limelight into the darkness. That was what happened to the beautiful Lisa Ray; but she refused to bow before her dreaded illness and came out a survivor and an inspiration to all cancer patients.

Lisa Ray’s real life story runs like a Bollywood plot. An internationally acclaimed performer, philanthropist and actor with a reputation for taking on challenging issue-oriented films, Lisa was raised in Canada by an Indian father and a Polish mother. While on vacation in India, she was discovered by the modeling world and went on to become not only one of the most successful cover models in India but also an acclaimed, award-winning actor who starred in Canada’s Oscar-nominated film Water.

During the summer of 2009, Lisa scanned for multiple myeloma (a type of cancer). “I knew something was wrong for a long time, but I was such a triple type A personality that nothing less than a diagnosis of cancer would have made me make the changes in life that were needed,” says Lisa. She was in shock initially, which was followed by denial but she never lost hope and tried to transform the experience into something which could help others.

“My father’s love and support were unconditional and overwhelming. He slept in my hospital room in a cot while I was going through my stem cell transplant. I owe this remarkable man everything,” Lisa says. Besides this, the love and support she received from people around the world – particularly India – motivated her to overcome myeloma. “I believe in the power of prayers,” she emphasises.

Lisa has a basic belief that life is for her; not against her. “I’m stubborn. It never occurred to me that I might die; however, I knew it was not going to be easy. I worked hard – using meditation, positive affirmations and healers to reframe my cancer as an experience from which a lesson had to be learnt. I didn’t think of it as a bout of bad karma or a death sentence,” she says.

In July 2010, Lisa was finally declared a survivor. Beating myeloma isn’t easy but it is possible, stresses Lisa. Going through treatment was very tough at times but humour and writing helped. “And sometimes just crying and letting my grief out helped too,” she adds. She also researched a lot about alternative therapies and approaches to healing as well as letting her grief out; all of which helped as well.When asked how she feels about beating cancer and bouncing back into her earlier avatar, Lisa says, “I simply feel more comfortable with myself. Work and validation is not important. I have always marched to my own tune. I think you have to look inside yourself to find your truth and passion. I love acting but it is not the be all and end all of my life. I love writing as well as entrepreneurial activities. Remember I’ve been working since I was 16 and it is very hard to have such a long career in this business. I think what I am doing right is making up my own rules as I go along,” she says.

“At times I feel I’ve packed several lifetimes of experiences into this current life, and perhaps I should take it easy now. But then there’s always something fresh to explore,” she adds. At present, she is juggling her yoga studio in Toronto, investing in properties around the world, renovating a home in Mumbai, working on an upcoming film and writing a column for DNA; besides modelling and giving inspirational talks entitled ‘More Beautiful for Having Been Broken’.

She’s also the global brand ambassador for Insight Vacations and promotes travel in India. Her national cancer campaign – Beauty Gives Back – has just been launched in Canada.

Besides all this, Lisa has been doing a lot of awareness and fundraising for cancer patient in Canada over the last few years. However, she feels even more work needs to be done in India. “I’m speaking to several individuals about a Cancer Institute and we are formulating a vision first,” she adds. Basically spreading awareness has become part of the fabric of her life. She sees it as paying it forward as so many people helped her during her treatment.

Lisa is also working on her book which is to be published by Harper Collins and touches on her life experiences. Describing her reason behind writing the book she says, “I believe I’m a writer at heart but it was my diagnosis that prompted me to write ‘The Yellow Diaries’ and that was so well received that I was offered this publishing deal.”

Writing, acting, travelling, Cancer Institute, spending time with her hubby in Hong Kong and babies are on Lisa’s future plans.