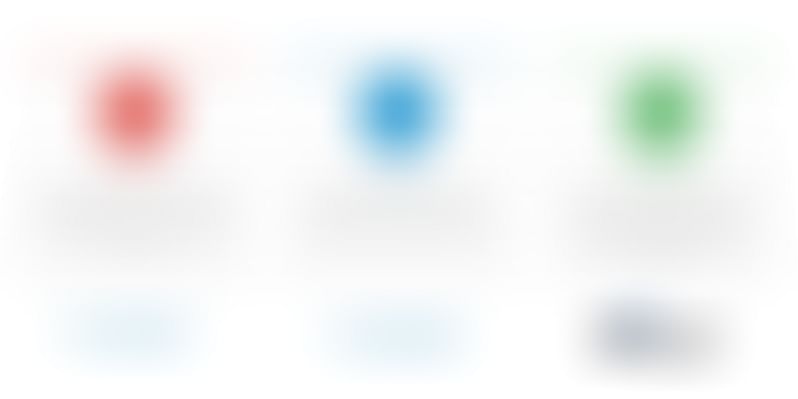 In the course of their research about SME financing in India, Manish Kumar and Anurag Jain, two bankers from IIT- Kanpur, learnt that there are many genuine credit-worthy borrowers in India who have the vision to make it big but are stuck due to lack of finance. Some of these businesses are paying interest rates to the tune of 40-50 per cent without defaulting ever while some have had to shut down.

According to a study conducted by the International Finance Corporation, access to finance remains a key constraint to SME development in emerging economies. Small firms rely on internal financing much more than large firms and the likelihood of small firms having access to a bank loan in low-income countries is about a third of what it is for a medium-sized firm and less than half of what it is for a larger firm. Other sources of SME finance, such as leasing and factoring, are also less developed in emerging countries like India.

Bangalore-based Mandii wants to tap this underlying opportunity. It helps you raise funds against your unpaid invoices or post-dated instruments from financiers without actually going through the hassles of handing over the entire cash management system to a third party.

We spoke to Manish Kumar, co-founder at Mandii, to know more about this IIT-Kanpur alumni venture.

Both Manish and Anurag Jain (co-founder) learnt the basics of business by running their own companies. Though they were making money on their last venture, they could not realize the profit due to cash flow issues and were forced to take finance at very high rates from the market, Manish recalls. “We realized that there is no place in India to raise finances for MSMEs at competitive rates. Rates are sky high, fixed and collateral-backed. Banks are also rigid in disbursing loans and it takes around three months to sanction/cancel a loan.”

Mandii, which means local market in Hindi, is a platform where financiers have an option to select borrowers (MSMEs) from a list of pre-verified borrowers registered with them and spread their funds to achieve optimum balance of risk and returns through a systematic bidding process.

“Borrowers get the benefit of location independence, easy financing terms and availability of funds at comparatively lower rates than the local grey market. As we are a marketplace for raising finance and our startup is actually based on the physical concept of a mandii, where one can go and find the best deals (for borrowers and financiers), we thought it was apt to name it Mandii,” says Manish.

Manish learnt that MSMEs spend crucial time trying to raise finances when they should be working towards making their companies bigger and better. He recognized unpaid invoices as a major problem. He says,

Even RBI acknowledges that if all the invoices are paid in time for MSMEs, they can increase their profits by close to 20-25 per cent. The perceived risk in MSMEs financing is high due to defaults by large corporates, whereas MSMEs are relatively lesser risky vis-à-vis the high interest rates that they are willing to pay.

He acknowledges that the government has tried hard to help by bringing about many acts and laws but the problem persists and unless private players enter the market there will be no end to this Herculean problem. “In India, we are looking at an SME financing gap of about $50 billion which is vastly unorganized and unaddressed as of now. Banks are not sufficient to bridge this gap. We want to let the financiers take a decision based on facts, data and statistics. We don't want to be another NBFC doing on-books financing and have consciously decided to be a marketplace that encourages the bid/offer culture. We wanted the financing decision to be emotion free and location independent,” says Manish.

How does Mandii mint money?

Mandii is a pure play brokerage firm whose success can be determined by the volume of the trade through their platform. The company takes a share (fixed percent) of the trading value as brokerage charge from both the borrower and the financier.

“The financing will remain off-book and Mandii will never determine what could be the interest rate as the rates are determined by the market dynamics of demand and supply on the platform. We take the brokerage fee from both the parties involved once the trade is settled for each of the respective parties,” explains Manish

At the moment, over 500 MSMEs are interested in raising finance through Mandii. The c-founders have lined-up around Rs 30 crore in investor commitments to be deployed in the next 12-18 months. Manish and Anurag are talking to some more investors and looking forward to close on Rs 70-100 crore in a few weeks. On the demand front, the company is focusing on promising clusters, which ensure only good credit worthy MSMEs on the platform. The company is targeting to achieve a gross trade value of Rs 40 crore in its first year of operation with an annual CAGR of 200 per cent YoY for the next five years. Manish says, “Even on conservative estimates, we will end the year much above the estimated targets."

Other Mandiis across the globe

Though companies like Capital Float or few banks (Yes Bank, HDFC Bank Ltd) also provide unsecure loans, nobody else offers a marketplace where both financiers and borrowers are freely hosted. UK-based MarketInvoice has a similar business model and it has traded more than $ 500M till date. The company is backed up by the British Government. “Receivable Exchange (RECX) in the US is yet another business which has somewhat similar concept (to Mandii) but not a similar model. RECX has tied up with NYSE in US,” informs Manish.

Anurag and Manish were wing-mates during their college days at IIT Kanpur. Together, they have extensive experience in technology and banking. Manish had worked for 12 years in companies such as Citigroup, HSBC and Capital One in different verticals of risk management, marketing, CRM , finance and collection while managing multi-billion dollar portfolios. Anurag has been a technology enthusiast with interest in finance. He has worked in Oracle and HSBC before starting his own real estate development company registered in Bangalore. He has more than a decade of professional working experience in the field of ERP implementation, application development and decision engine technology.

At the moment, Anurag is in Kolkata developing market in the north and east of India and Manish looks into the southern and western part of the country.

The hiccups and the drive

Every entrepreneurial journey comes with its own flavour of experiences. Most of the investors wanted Manish and Anurag, to do a proof of concept before they take active interest in the venture, primarily due to the perceived risk in MSMEs financing).

Says Manish, “Though financing based on unpaid invoices has a negligible risk, it is that inherent un-grounded belief of higher risk that keeps many financiers at bay. This has helped us to focus more on operational processes and we have refined our plan to a large extent.”

Initially, Manish and Anurag spent a lot of time focusing on legal aspects, technology and design rather than actual execution of the idea. But they have rectified their mistake now and the entire thrust is now on execution. The two of them are driven by the fact that their initiative can make a difference to millions of lives in India. Manish signs off on a high note,

We are trying to bring the “people/business having money” to “business needing money” in a big way using technology as a connecting tool and we will be very happy even if are able to bridge 10 per cent of the gap in the near future.