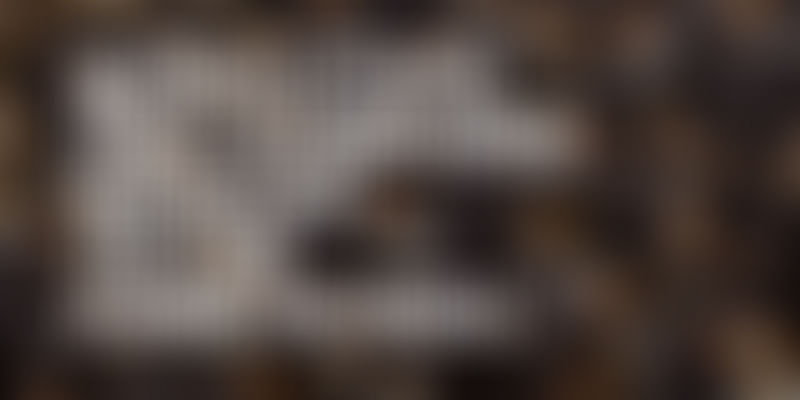 It’s that time of the year when the entire world is congratulating you about all the jobs that you’ve landed. You’ve done a great job at college – as president of your students union, spending your summer and winter breaks at super cool internships and commercializing the product that you built as part of your research project. You spent your university days organizing the largest scale of tech fests, leading large teams, wearing multiple hats and building cool projects. The world says it’s time to sit back and relax. It’s your final semester.

But you’re feeling uneasy. Somehow the jobs you’ve landed with high paying packages aren’t making you happy. You’re lamenting the loss of creativity that you’d have. Is that MNC job really worth it? What about the startup idea that you had – should you pursue it? You keep reading about the cool startups to work at on online blogs and Quora. Twenty year olds are changing the world. A 23-year-old CEO has rejected a 3 billion dollar acquisition. There is a part of you that knows that you’ve got the potential to be one of those people. There is a part of you that doesn’t want to let go of university.

The idea of a streamlined MNC life, slow bureaucratic growth and the inability to work on multiple projects is stifling you. Two years ago, I was you. An average 20-something university student from a middle class Indian family. Scared that I was throwing away the promising future I had created for myself at an investment bank by the virtue of an undergraduate engineering degree from a good college.

And today, I’d like to write an open letter to all those of you who are standing on a cliff; wanting to jump off, but not quite sure if it’s the right decision. Two years after I made the decision to jump off the cliff, after a stiff fight with the voices in my head here are the reasons why you should reject that MNC job for working at a startup in 2015:

I know that people talk about “learning” all the time. Every corporate talk on campus has been about how they have an environment that aids growth and learning. In most cases, this learning makes for pretty slides in a presentation.

The world is moving towards hiring for skills and not degrees. This means that your prestigious bachelor’s degree will be fairly worthless in a few years if you don’t keep upgrading your skills.

I mean; what is a more impressive story to tell at interviews? How you build an android app from scratch in seven days or how you tested bugs in excel?

Harvard accepts people who they think would go and do great things in their lives with or without the Harvard degree. So that they can brag about their great alumni. Just saying!

Michael Moritz of Sequoia Capital once said that younger folks “see no boundaries, see no limits, see no obstacle that they can’t hurdle.” Peter Thiel, co-founder of PayPal and an early investor in Facebook, launched a $100,000 fellowship in 2010 for entrepreneurs under 20 so that “promising young people do not wait on their ideas.” The average age of the entrepreneurs funded by Y Combinator is 26.

So, why are you taking a job where you will get a promotion every three years, and lead a team in about 10 years? Not to mention the CEO won’t know your name for the next 15 years. Unless you fall over the toilet paper like this guy here.

P.S: It happens in India too! The Bookpad team, that was recently acquired by Yahoo, consisted of six engineers less than 25 years of age.

The safe and stable MNC job was a myth of the 90s. I spent the 2012 summer working in an investment bank, and in the two months I was there, four people in my department were laid off. (People at a vice-president level having worked in the company for at least 5+ years, nonetheless).

There probably isn’t a bigger myth in the world at the moment. Heard about the Yahoo engineers who were recently laid off? Trust me, a startup is a much better option. Not to mention how your experiences will help you find a better job within a few weeks!

We are lucky to be born in such wonderful times. Most of us remember using a floppy disk, dial up internet and building a website on Geocities. We saw the world being revolutionized by the mobile phone. Just a few years later, we were accessing email on our pocket sized computer device – still a mobile phone! The world is changing – and we are the lucky generation to be witnessing a tech revolution real time!

Five years ago, the India startup scene wasn’t mature. Now, with the influx of funding sources and the global interest in India - #MakeInIndia is actually making sense.

So many people say that it would be impossible to convince their parents, and so they settle for a job they aren’t excited about. There can’t be a bigger lie in today’s world. The awesome folks at Flipkart, Zomato, Paytm, Quikr and Ola just made life much simpler for you. Do your parents know that these companies are startups too?

Have a heart-to-heart talk with your parents ; explain to them what you’re doing, show them your passion. Be practical about it. Explain points 1-4 to them. Most importantly, show them how happy you are following your passion. Parents want their kids to be happy.

So in conclusion – follow your heart. There’s only one way to jump off the cliff. Jump!

P.S: SocialCops is hiring a lead for the front end team. More info here. While we receive resumes from people with 10+ years of experience, we’re looking for people who like us – those who graduated from university “successful”, but not satisfied; the slightly crazy 20 something who thinks that a team of engineers can change the world – one line of code at a time.