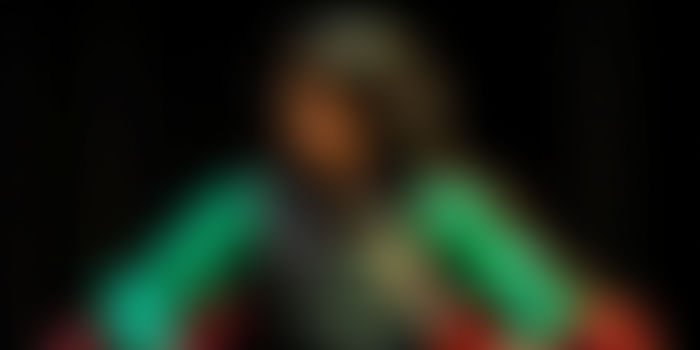 In an age when star studded blockbusters and Rs 100 crore movies are what people flock to see, it requires immense passion and faith in one’s own abilities to venture into theater.

Adhiraj Sharma’s tryst with theater began as he co-founded the street theatre society by the name of “Parindey” at his college, the Delhi College of Arts & Commerce.

That, he says, was the first time his college had a team in all the years. Adhiraj went on to script his first play titled “Bhookha Anna-daata” for the annual street play production.

“It took off well, our college out of nowhere had created a buzz in the DU theatre circuit and also on the personal front it was special since I recruited my future co-founder of Blue Phoenix Productions, Gaurav Amlani as a junior member,” recalls Adhiraj.

By the time Adhiraj finished his college, he had done only one professional play as an actor but after that he auditioned for an English play “Candida”. The élan with which he played the role of a 60 year old in that play won him many accolades and recognition in the Delhi theatre circuit.

Sometime later, Adhiraj scripted his first feature length professional stage play “Dasmukha” where he was paired up with Gaurav in the professional field for the first time as actors. The bond between them, having grown stronger after a lot of work together, had matured into brotherhood by that time.

By March 2014, Adhiraj had acted in almost eight professional productions while Gaurav was in his last semester at college.

“One thing that bothered me and still does is the payoff for the actors in theatre. Most productions houses don’t pay even a small token fee let alone a substantial amount. This was the fact that had started bugging me and Gaurav, alike. Getting recognition, exposure, knowledge and talent was not enough anymore. We needed to extract a commercial incentive. That is when we decided to open a play using our own resources and knowledge under our own baby banner, “Blue Phoenix Productions”.

Asked to explain why they chose this name, Adhiraj explains how he believes in the concept of a phoenix rising from ashes and burning to glory only to rise again.

That gives them their tagline, “From ashes we rise.”

“It is unending circle of fire, just like the one which burnt and continues to burn inside of us,” he says.

Not quite sure about the financial success of their dream venture (none of the two co-founders has any qualms about admitting that), the two decided to play safe and started with their personal savings. Rs 30,000 was all they could put together after managing to borrow some money from their parents.

“To be brutally honest, it doesn’t seem like an everyday struggle story. But yes, borrowing money from parents for a venture like this does take an effort when you have to prove it worthy to yourself more than to them.”

The first play by THEIR production house was “Khamosh Adaalat Jaari Hai,” a social satire by Vijay Tendulkar in March 2014. With limited resources at their disposal, they could only manage to run it for only one day- managing to put up two shows. Not only did they manage to recover their own costs but also able to repay their parents’ loan, besides being able to put aside a small sum for their next venture.

The fact that they managed to break even with their first commercial venture emboldened them, even though they had not pocketed a single penny themselves.

The same play was again staged later in November 2014 with a different set of faces.

After that came “Blithe spirit,” Edward Noel’s supernatural comedy in association with Leap of Faith Productions and adapted by Adhiraj.

At present the team is working on their next production, “The Guest List” which will be a comedy. Mohak Pajni, the founder of Leap of Faith Productions will direct this play while both Gaurav and Adhiraj will be seen on the stage.

Says Gaurav, “We never thought we would get to call ourselves entrepreneurs. We started our theatrical careers as actors and with the dreams of getting acting jobs and subsequently earning from those only. The ground reality of the theatre circuit, Delhi especially since we have experienced this city only, made us change our take on it.”

“Acting jobs in good theatre groups with senior directors meant working for peanuts and working for newer theatre groups with money and zero brains meant working as peanut sellers. So we decided to strike a balance. Actors, writers, directors, tech people who don’t get a chance to showcase their talent, we were the platform. People who had funds but, no idea how to create, we were the group. We try to strike the appropriate balance.”

The production house also tried its hand at producing a film. The documentary on contract killings earned them a neat profit, as a result of which the duo hopes to venture into feature film production one day.”

Still in their early twenties, they are both keen to follow their passion without seeking financial assistance from families.

“We don’t claim to become the role models in the industry or change the scenario 360 degree but to at least extend a platform to likewise individuals and earn a genuine, much deserved and at the same time, much delayed recognition to the profession.”

Wisdom beyond their years, undoubtedly!