The ‘Aha!’ moment to woo users 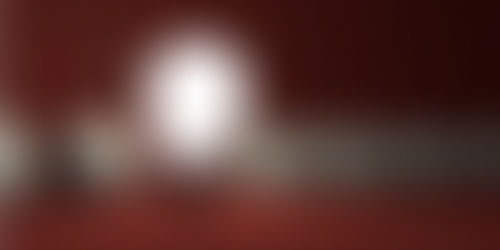 Editor's note: This article is written by Shashikant Kore, Co-founder of Karooya. It is based on Amit Somani's talk at MobileSparks 2014. You can watch the video followed by the summary in text.

One of the most shocking statistics about mobile apps is that that almost 75 per cent that are downloaded are not even opened once. The cohort after one month is less than 20 per cent. There is an exponential decay in the users’ engagement with mobile apps. The attention span of humans can be compared to goldfish. The user is bombarded with thousands of messages and new information coming in every minute. On top of that, those notifications, emails, other things make things even more difficult for the consumer. How do you work in this challenging market and engage your users?

There are three different models, but only one is covered in detail. The model, which we are going to talk about, is ‘Hooked’ by Nir Eyal, which came out in 2014. The other two models are based on ‘Made to Stick’ by Chip and Dan Heath and ‘Influence: Psychology of Persuasion’ by Robert Cialdini. Each of these books can assist as a good model, and then you are free to choose whatever model you prefer and base your app on that.

The ‘Hooked’ model talks about how one has to focus on humans and their emotional needs. As human beings, we have lots of needs leading to self-actualization and these include physical, sociological and emotional needs. Here is the one slide summary of the book.We are all fascinated with the many things that our mobile can do differently or better. The app creator has to know where the trigger lies and understand the user’s mindset. Different apps are created to serve different purposes. However, knowing the trigger is really important.

The next thing is that even if you are sure of the trigger, you need to make sure that the results are easy and actionable. The user should be confident about taking the action at any time or place. There are things that mobiles enable for the first time that weren’t possible earlier.

Google Now is a good example. If you have a meeting schedule after an hour, and you need an hour to reach there, Google Now prompts you to start heading towards your destination. It may ask you to take a cab depending on which service has a cab available right then.

Human beings behave a little different and are unique. They may not necessarily be performing utilitarian things all the time, but if you can give them consistent action with consistent rewards, things will work out. Stop worrying about vanity metrics like screen time or time inside the app. Instead, focus on helping users accomplish something. Nir emphasizes on providing users “Aha” moments. These are those delightful moments where the user is not expecting any return, yet he or she gets something compelling. One needs to put in a little more effort to keep users engaged, and they will invest in an app if they feel it is what they need.Netflix is a US company that streams films, TV shows and it has a fantastic recommendation engine. If a user adds seven movies, the lifetime retention of that user is 99 per cent. If a user has rated seven movies or shows, that user is unlikely to try out different recommendation service.

Netflix has figured this out from a lot of data. If you invest to understand trigger, action, motivation, variable results, you can also own that user. To understand this better, you should be aware about one-month and six-month cohorts. The six-month cohort was less than 20 per cent, and perhaps 10 per cent of the users did open the app. Thus, after six months, only 20 to 25 per cent of the buyers are using the app, by and large. One has to understand the behavior of the consumer on the app and the responsive behavior could differ at different times. The loyalty factor has a role to play and those apps that can build user’s trust, without annoying him, get guaranteed re-engagement. The user is happy if he gets a return he is not expecting, and it is one of those delightful moments for him.

Loyalty and stickiness of the user comes from repeatedly winning user’s trust. A news app, Umano, has an audio component. They don’t do too many notifications. If you don’t open the app for three days, they send you an email saying, “Hey! Check these three articles based on your listening history.” This kind of notification guarantees action and engagement.

You can also deliver such experiences. After installing the app, the user should get ROI in less than 10 seconds. You can design a great on-boarding experience.

Mobiles are becoming very personal and are now an extension of their owners. Besides working for you, they are fun, engaging and exciting. Users are looking for some ‘Aha!’ moments. You need to think of examples of appeal to fundamental human emotions. It could be deep linking, chat, social sharing or content, which will get the user back on the app to enjoy those “Aha!” moments! Zynga, a gaming company, measures the number of “Aha!” moments delivered to the user.

Users carry different emotions and behavior at different times of the day. And, it is not uncommon to see consumers hating a lot many apps. Especially, if they keep sending hundreds of notifications and that too, at odd times. Don’t be surprised if the user un-installs the app.

Start with studying the user, his emotions and needs, state of mind, what he does at different times of the day etc. Start looking for user triggers and understand what motivates and engages him. Ask yourself questions like why should I offer a certain app and what the context of the user is. You obviously have to measure everything here. Do not send irrelevant notifications where there is no need for the user to perform an action.

The user will feel motivated to go on mobile or the app if he feels that he can complete the task 10x faster and better in the virtual world as compared to the real world. One has to be very clear on the utilitarian thing. You can also create the triggers whether they are implicit or explicit. It could be via an email or notification. Get them involved in a chat and see how you can solve a certain issue or problem for the users. Move away, if the efforts are not leading you anywhere. The engagement data can decline quite exponentially. And there is the other dark side of engagement. You can’t make the product so engaging that people would be tripping and falling all over just of this.

In summary, provide users with a delightful experience at the right time and you will own them forever.