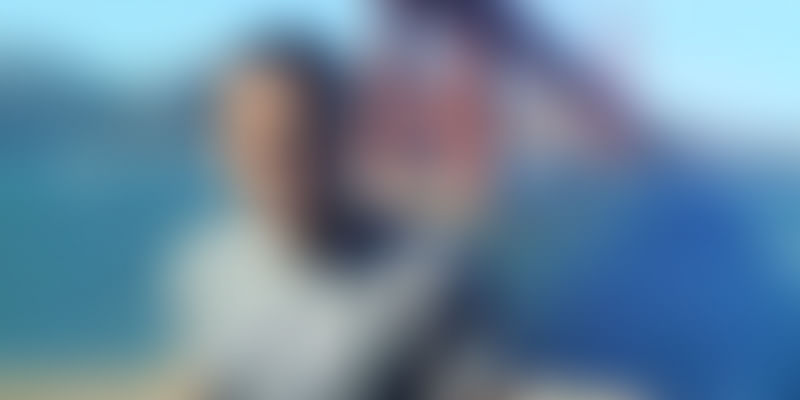 Today as Haptik completes a year since its launch on March 31, 2014, Co-founder and CEO Aakrit Vaish must be silently wondering how to climb the next big step.

The customer support/user-to-business messaging space is getting a lot of attention and Aakrit’s aim is to ensure that Haptik is recognized as the leader in this category.

In the last 18 months, Haptik has become one of the top 25 apps on Android and top 50 on iOS with 100,000 total downloads and 40 percent monthly active users.

Haptik was born out of a belief that mobile messaging would become the #1 communication platform in the next 10 years. As part of his role at Flurry, Aakrit was involved with companies like WhatsApp, TextFree, and TextPlus, etc. since the early days (2010) of smartphone messaging, and believed strongly in the way it would change the world. As a result, he kept plugging away at ideas within the space. The idea that finding information on smartphones is not going to be done through a ‘Search’ bar, but in an asynchronous environment like messaging led to the birth of Haptik.

Aakrit and Co-founder Swapan began prototyping in 2012, and went full time on the company in August 2013. After its launch, the app has since grown exponentially with a team of 19 people, and 80 chat experts on board answering user queries.

When Mumbai-boy Aakrit left home at an impressionable age of 19 to study engineering in the US (University of Illinois, Chicago), he did not realise that the first year will test him in more ways than one. “So far, I had led a very protective childhood. Since I did not have siblings I was pampered by my large family. I had never been to a boarding school and then suddenly I found myself alone in an alien land,” says Aakrit, recalling the initial few months when he struggled to find his own identity.

“The winters were particularly harsh, and being away from the comfort of family added to my woes. I got very close to giving all up and going back home,” he tells me over the phone.

But as Aakrit claims, he is not the one to call quits so easily. “When I decide to do something, I do not think much about it. The only option is to go right ahead and complete the task.”

Things became better in the second semester and “I sort of discovered how I wanted to lead my life. I wanted to be in an environment where I got an opportunity to lead and wanted to be surrounded by smart people.”

With these as his two guiding principles, Aakrit went about creating his own path, though he had a ready-made career waiting for him in Mumbai to claim as his own. His father had a well established business in textiles and all Aakrit needed to do was join as the rightful heir.

His aim was to gain as much experience by being in the company of smart people. Internship with Motorola was a good place to begin. Then followed a stint with Deloitte.

It was 2008-2009 when the app store was launched and everyone was talking about how mobile was going to change the world. “Flurry was hiring at that time, and despite my efforts to reach them I could not manage to get an appointment,” recalls Aakrit, telling me how he got the job at Flurry. When everything else failed, he went to an event that Flurry had organized and spoke to the person concerned. “The rest as they say is history,” he says. Aakrit was later told that he was hired for displaying the kind of persistence and tenacity that they were looking for.

Aakrit knew it was time for him to head back to India when he saw startups like Flipkart making a name for themselves. He moved to India to setup the Flurry India office but at the same time tried to make a space for himself in the startup ecosystem by being involved with various accelerators and investing in a few companies.

"With my friends Swapan Rajdev, Harish Anand Thilakan and my mentor Miten Sampat we started looking at the mobile messaging space while each was working fulltime."

In 2013, we launched a beta version of our app and named it Batman. I remember ‘The Dark Knight Rises’ was released last year and for want of a better name, we called our app Batman.”

Of course, it was not that easy to come up with their present name. “We each wrote about a 100 names on an excel sheet, and zeroed in on Haptic which means non-verbal feedback, but did not like how it looked, so we changed it to Haptik from the German translation ‘happik’.”

“The past year has been very overwhelming. We have raised money, moved into a bigger office, have grown and everyday receive the support of satisfies customers. It is all very humbling,” says Aakrit.

What is interesting is that in the last six months or so, competition in the space has heated up with similar apps targeting the Indian market like Lookup Messenger, Yellow Messenger, Localoye, Akosha's new app and so on.

How will Haptik compete? What will be its strategy in the next few months to be the market leader? The first anniversary perhaps will allow Aakrit to take a few deep breaths and reflect upon his journey. The answers are often than not found within.