3000+ doctors are discussing patient cases on Curofy, a mobile social network for docs 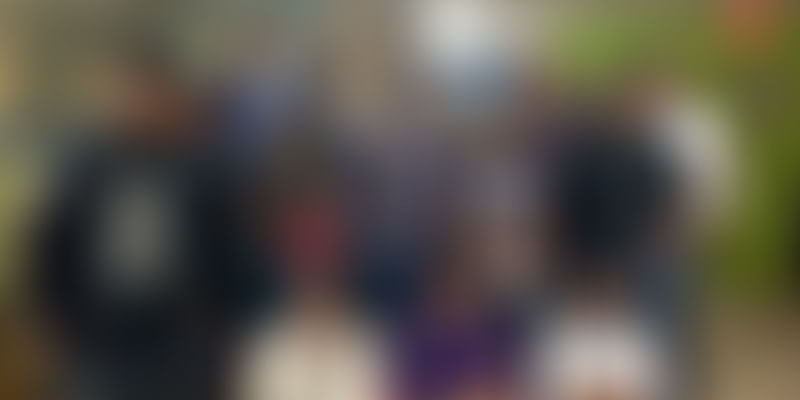 Late one evening in 2012; three engineering students at IIT Delhi were talking about their future. The winds of change had already set in and starting up was a viable option. Pawan Gupta and Mudit Vijayvergiya knew each other since their pre-college coaching days while Nipun Goyal had met them during their course. Pawan and Nipun were in their final year while Mudit still had a year to go with his dual degree course. Involved with various initiatives at their college, they first thought of testing waters by starting a medical tourism company.

Pawan tells us that it did reasonably well but it wasn't promising enough to dive in full time. Mudit continued to work on it while studying; the other two went on to work with MNCs. Two years passed but the spirit of entrepreneurship didn't wean. "The healthcare industry kept on fascinating us and our research went on. Last year in May, we left our jobs and started with Curofy," says Pawan.

Curofy is a mobile only platform for doctors. The idea was to build a product to help doctors interact and collaborate with each other. "Doctors, as part of their profession, need to be in constant touch with each other but there isn't a platform available where they can easily and securely connect and communicate without getting spammed," says Mudit. They have mapped every doctor based on various filters like specialty, super specialty, experience, education etc. so that the doctors can be reached out to easily and be assured of a personalised experience. The team claims to have kept in mind security, encryption of data and is working on technologies that make sharing patient information secure and compliant with laws.

Curofy was a website first and the team ran an alpha phase after which they realised that mobile-only was the way to go. They reached out to 1000 doctors and took in their feedback for this alpha which eventually resulted in the app. Now a mobile-only company, Curofy launched on the play store in February 2015. "We have more than 3000 doctors on our portal from over 50 cities and from reputed hospitals like Medanta, Apollo and Max," says Nipun. Publicity has been completely via word of mouth and organically growing through the set of doctors they interacted with during their research.

Based out of Gurgaon, Curofy is a team of 20 engineers and they've raised an angel round from some respected angels like Rajul Garg (Sunstone Business School, Global Logic, Pine Labs), Alok Mittal (JobsAhead, Canaan), India Quotient, Spice Labs, Dinesh Agarwal (Indiamart), Dr Shuchin Bajaj (Cygnus Hospitals), and Presha Paragash (Zostel, Sol Primero). As far as the revenue model goes, pharmaceutical companies, hospitals and medical equipment manufacturers would be interested in a platform which has only doctors on it. "Currently our focus is on building a high quality engaging network of doctors. It is too early to comment on how we would monetise it but it will certainly be in a way that is beneficial and non-intrusive to the users," says Pawan.

In terms of the competition landscape, most of the players in the healthcare domain focus on the doctor-patient angle. Practo is a successful example of how technology can be used to make an impact in healthcare with a sustainable and scalable model. Globally, players like Sermo and Doximity exist which claim to have a higher traction but the time seems about right for Curofy to try out the model in India. With good investors and an encouraging start, Curofy will be focusing on achieving the right product and reaching out to more doctors.