Dia Mirza and her ‘unbox’ full of perspectives 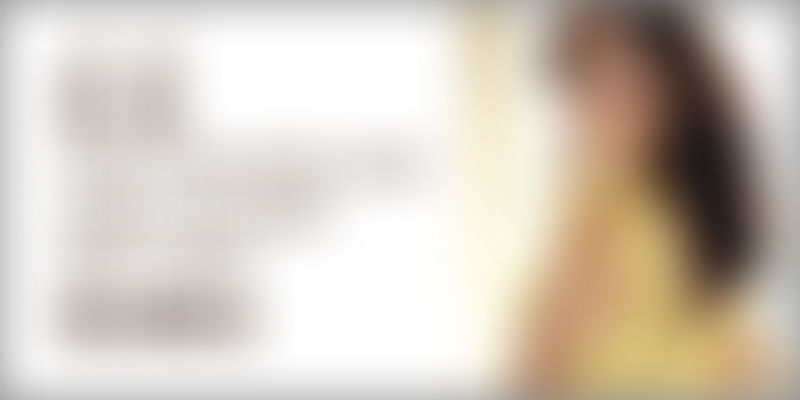 When feeling overwhelmed by emotions and the world that she exists in, Dia Mirza goes back to that one moment that taught her the very importance of perspective.

“I was about five and my parents were getting a divorce. As they were living separately, I had gone to my father’s house during the weekend. I was sitting on the steps of the house worried and scared; I think I was terrified. My father came to me and asked, ‘what happened, why are you so upset?’ I replied, ‘I have too many problems.’ He chuckled and took my hand and walked me into my room which contained most things he had built with his own hands. He pulled out the world atlas and started to show me the continents; he showed me India and then the city we were living in which was just a dot on the map. At that age, we take mostly everything literally. I looked at the dot and then looked at him and said, ‘papa, Hyderabad is just a dot?’ He replied, ‘see now you have bigger problems.’ ”

For Dia it has always been about perspective.

Though not the one to mince words, or thrust her opinion upon others, she is clear about certain things and that includes her right to freedom of expression.

Not the one to go and shout from the rooftops or announce on national TV, Dia is happy to use her personal space and freedom of expression to lay claims to her identity — that of an Indian. Dia was born to a Christian father and a Bengali mother whose father was agnostic. Her stepfather was a Muslim. Now happily married to a Hindu, she is proud to call herself an Indian.

As a child, Dia would question her mother about what she believed in since she was not a Hindu, Muslim or Christian; religious lines being a pretty straight forward way of differentiating individuals at that young age.

With that clarity as a child, Dia fails to understand why so much emphasis is laid on religion or what makes you less Indian or more Indian.

We are a country of mixed faith and cultures and that is our identity. It is what makes our society a healthy society and that is what we have to teach our children. It is about how accepting we are of each other’s cultures and be aware of how different cultures cross over, mingle and find a reflection in our language, food, art and most other components of our life.

Though the question of identity is a healthy debate according to her, she also finds it terrifying. To qualify as an Indian you do not need to have a set bloodline. “I am not saying that this has to form your identity. I just think that more than ever before, in the current scenario that we find ourselves in, it has become important for us to focus on first qualifying as good people.”

As a public figure, she is aware of the vulnerability that comes with her profession and that she is a soft target. “While I am aware of it, it does not mean that I will continue to be silent or it should suppress me from expressing myself. I am not saying anybody should take what I say seriously; they are free to choose but that will not prevent me from expressing what I want to express on my platform.” However, the world is listening as #tweetlikeDiaMirza trended briefly on social media last week.

Dia’s formative years have been essential in shaping who she is today as a person. She had an interesting childhood and though it was tumultuous in many phases, she is grateful for the blessing it has been. “All

of it came together and shaped who I am today. Every day, I feel gratitude for the opportunities I have had and the difference I am able to make. The fact that I have good sense to know what I want to do with my time and what I want to make of it, is a blessing.”Since both her parents were creative people and believed in equality, Dia was brought up like an equal. “My parents taught me very early in life that while parents are parents they are also humans and also gullible and prone to making mistakes. We all make mistakes and it is important to be able to admit that one is wrong. It was a precious lesson I learnt as a child.”

Dia’s schooling had an equally important role in shaping her personality. She went to a school that followed the principles of J Krishnamurti and was run by an extraordinary woman whose style of imparting education in those days was dubbed as ‘eccentric’ by most people. At this school, classes were held under trees, there was sports day and cultural programs but there were no medals. There was theatre, horse riding, swimming and field trips to neighboring villages to interact with the locals, understand their plight and teach their children. “We were taught compassion not through words but by action,” she shares.

Her first exposure to a Hindi film was when she was 12 or 13. Before that she was exposed only to art houses or world art cinema.

The Miss India competition was a stepping stone into a whole new world of opportunities and experiences for Dia. Her formative years had been about learning and participation and not competing for the top position. Though she was there to help herself grow, she began to make peace with competing for winning. The shift to Mumbai gave her a lot of confidence. “It was the first time I was staying away from home and the first time I was learning how to manage my own money and time. It was good to interact with the other girls and understand why they were participating.”

This platform gave her the chance to represent the country at the international platform and she recalls,

“I remember that moment when I won in Manila, the audience was clapping, the photographers were in a frenzy and I was being pushed around and being taken in different directions.

I felt very alone at that moment for I had no one from home or anyone from my family there. There was no one to share the moment with. It taught me a special lesson — happiness can’t exist till you feel it or till you can share it with someone. It was when I came back to India and met my parents that I felt like a winner.”

As a young 19 year old, things had felt frightening and overwhelming but still very special and beautiful. The first thing that makes women feel empowered is financial independence and that made a huge difference in the choices Dia made at the time.

She had film offers come her way after winning the crown and she decided to take them up. “I discovered my passion for films on the job. I didn’t know how much I would love it when I started to be a part of it and discovering the opportunities that were coming my way. I was finding my feet and rhythm then.”

Dia shares that Bollywood is predominantly a male dominated industry and one of the first things she felt as a woman in the industry was that women were not taken seriously. Over the past four to five years she has seen an interesting shift with respect to the people who are joining the industry be it co-actors, filmmakers, and directors etc. They are people who treat men and women equally. “If what you are saying makes sense, you will be taken seriously irrespective of your gender.”

According to Dia, for change to show, more women will have to take part in the bigger process of making films and having women representation in all aspects and departments of the film industry. “Only then will we be able to enjoy genuine gender equality.”

A lot of the change she believes has to come from the media too. From trashy magazines, pictures and tag lines, the media has to self-introspect for there is a vast difference in the way it treats and handles male and female actors.

We need to be aware of the choices we are making and the consequences of our choices for it is very easy to get sucked into a vacuum and have no sense of what is transpiring around you.

‘I can’t stay inside a box. Why do we have to be only a doctor or a filmmaker or a lawyer? We can be many more things. Just because I am an actor does not mean I can’t be a filmmaker or any other thing I wish to be.”

Born Free Entertainment is a production company started by Dia and her husband. “Born Free was born out of a desire to tell a certain kind of story.”

With Born Free Entertainment, Dia is in a happy phase of discovery and challenges for “every day you are upholding what you are doing.”

Beyond her beauty and brains is also a smart entrepreneur who is well keyed in to the challenges facing her. “The biggest challenge within the Hindi film production is the challenge to be able to tell the story we want to tell and also find an audience to tell it to, to find a foothold with the audience and that is really tricky; to find out what is viable and not viable, what is economically possible and not possible.”

On being a woman

Always treated as an equal and as an individual in the house by family and encouraged to have independent thoughts and also have the room to make mistakes, Dia was never mollycoddled by her parents. Till date she is glad that her mother is her harshest and worst critic. “I am very grateful for that. For if she was my fan I would be in serious trouble.”

Dia’s perception of what it meant to be a girl child in India was really what her parents and her school taught her. It was only when she started getting stalked by boys while walking back home from college that she started to get a sense of how vulnerable girls can be in a society.

There are various causes and organizations Dia has supported, but she is most passionate about the work she has done for the environment and is doing for it. “I am very fortunate to know people like Bittu Sahgal from Sanctuary Asia who have found ways to involve me in things that I find really gratifying.”

Dia is also currently working on setting up a platform for the Internet where she plans to highlight the stories of people she has met on the way who are doing exemplary work. Using the ground of film making she wants to highlight these stories and share it with the youth of the country and “for me that will be the biggest contribution.”

She feels that a whole new universe of possibilities have opened up to her, and in the future, she sees herself making a lot more films, defining her purpose lot more, taking to motherhood and nurturing a family and dreams along with Sahil (her husband) as partners in a company and as partners in life.

A message she wants to share with our readers is –“Know your subject, whatever it may be, know what it is and know it well.”