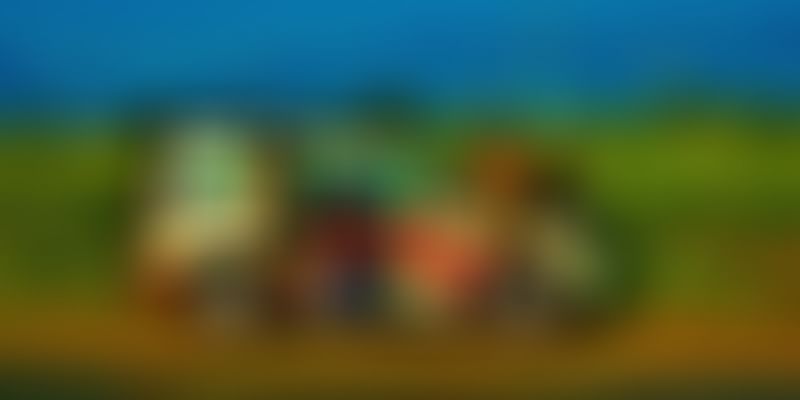 A group of women traveled 5000 kilometers in India over eight cities in 28 days to spread the message of women’s empowerment and safety while on the road. This is the first hand experience of the journey from Vidula who led the initiative.

I had always wanted to drive a car along the coast of the Indian Peninsula. The maps were the first thing I worked on. Mahindra agreed to sponsor the Scorpio Adventure 4×4 vehicle. Eventually, we had a real team of seven women raring to go. The budget was Rs 1500 per head per day for food, fuel and accommodation. We attended a first aid workshop with Anish Menon from Pune while Mahindra conducted a car maintenance workshop for us where we learned how to change the stepney. The event was flagged off on the January 4, 2015.

On days one and two, we witnessed the beautiful Konkan coast, blue skies, lovely people and delectable food. As the roads were badly maintained we ended up driving nine hours on these two days. We decided then to stick to the national highways. That sort of eased the pressure and we were able to stop by and see some places. Malvan was the next stop where we swam in the sea at night.

Day three was Agonda in Goa! Food was the highlight — delicious pancakes and chicken cafereal, a famous Goan dish. We interviewed Belinda Mueller, who is a psychiatrist by profession and a long distance cyclist. One of the girls got a haircut at a local barber shop and she let go of all her long lovely curls.

The Karnataka stretch was pretty, lined with rivers, bridges, seas, coconut trees, tiny villages and fields. We stopped for some gajaras (flower necklaces) that we wore on our hands and necks. We stopped at a local shack. There was an amma who was really keen to speak to us but didn’t know our language and we didn’t hers. Very affectionately she served us everything. She smiled and laughed at everything we said. We then went to Mirjan Fort which is a 16th century fort, built during the reign of Adil Shah. Enroute, we stopped at Murudeshwar where the big Shiva statue was the highlight. Back in the car, we read out loud some poetry by Pablo Neruda, and had some good laughs recording the poetry session. In Udupi, we tried every local dish that we could get our hands on.

In Kerala, whenever we called the hotels for directions, all we would get was, “Please give the phone to the driver.” They assumed that the driver would always be the stereotypical male. After telling them that we women were driving ourselves, they meekly gave us directions.

In Kozhikode, for breakfast, the lady of the homestay made us some local puttu that we had with bananas. Kochi biennale was going on and we got to see some art at a café. The next day we stayed at the Kovalam beach. It was much quieter after sunset, and spent the evening talking at a restaurant. It was time for a rest day when one of the girls decided to go bald and felt liberated.

Kanyakumari was at the tip of the peninsula. The roads were far better on the east coast than the west. Next day, on our way to Rameshwaram, we saw some beautiful sunflower fields. Another day gone by and we saw ourselves make our way to Velankanni, which turned out to be a pretty little, clean town. Next day we left for Puducherry. Enroute was Tranqeubar. We stopped for a snack at the ‘Bungalow on the beach’. There is an old Dutch fortress from the 1600s that stands on the shore. We partied in Puducherry. Two of the girls had emergencies back home and had to leave the trip midway. It was down to two of us for the next couple of days. We decided to continue nevertheless as we were going to pick up the last participant of the drive.

Close to Sullurupeta is the Pulicat lake and bird sanctuary which is the second largest brackish water lake in India. We saw in the distance pink flamingoes, the exotic side of nature. We drove from Nellore to Vijayawada to pick up our final companion and interview Mythri. We reached Kakinada and then Vishakapatnam where the submarine museum was shut for renovation because a cyclone called HudHud had devastated it.

In Odisha, the first halt was at Gopalpur, a small village we had never heard of. We then made our way to Puri. We interviewed Claire Prest, the Co-founder of Grass Route Journeys. We saw the Jagannath Puri temple where non-Hindus were not allowed, the women ululated, the men threw their hands up in the air with cries of joy and the deity was colorful and beautiful. We hired a boat on Chilika Lake and saw some exotic birds. We also visited the Konark Temple which is magnificent. We also went to Raghurajpur where everyone from different families worked towards a common cause – art. Chandipur beach which was our last stop in Odisha is also called the vanishing beach because twice in a day water recedes for 3kms as this is an elevated beach. It was beautiful and there weren’t too many people on the beach.

We handed over the car to Mahindra in Kolkata and the road trip had come to an end. We spent three days here, walking around and clicking random street pictures. We visited the 100-year-old, India Coffee House and saw the Rabindranath Tagore museum in old Kolkata. We interviewed musician Anushree Gupta in Kolkata.

The whole drive was about women’s empowerment. It is about putting thoughts into action. We were more careful and cautious on the east coast than the west. Each one of us had a bottle of pepper spray. Women are not expected to drive. Belinda Mueller, the first Goan woman, whom we interviewed said, “Don’t let fear restrict you. But don’t do anything silly and stupid.” The whole drive was about staying safe and common sense is what it took us to stay safe. Men had to be more accepting of women. We wanted to be the seeds of change. We had done that!