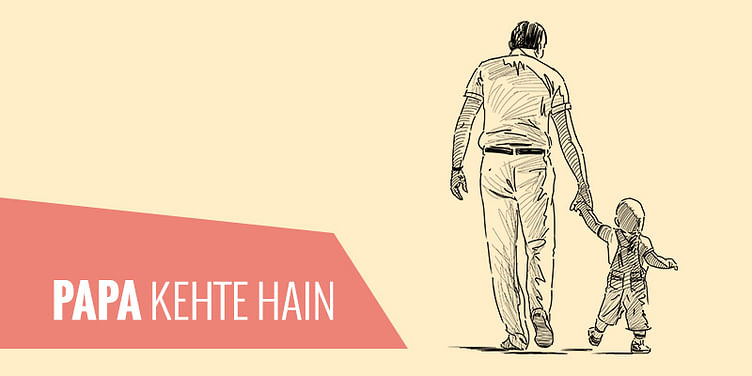 Recently, I came across a question on Quora that made me stop and think .The question was obviously from a frustrated father of a teenager, and he wanted to know how he could convince his 17-year-old son not to be an entrepreneur, and instead concentrate on his academics.

I did not have a straight answer to this. But the question took me back several years down memory lane when I received my first slap from my father for my misadventures on the entrepreneurial path.

I was in class seven when I got a new computer and CD Writer. I started selling pirated game CDs for 50 bucks to my classmates and made around 30 bucks per CD. My dad soon found out, and I got a scolding of my life and a tight smack on my face. He asked me to focus on studies and not worry about money. I listened to him and stopped my side business.

When I went to the eighth standard and wanted a new computer, my dad told me he would only buy it if I got 90%. I knew then that I would never be able to own a new computer. So I thought of starting a magazine for my colony in Jaipur.

I decided that it would have stories and poems from kids in our colony. I even finalized a deal with the printing press, and got neighbourhood tuition teachers and grocery stores to agree that they will advertise in my magazine. I realised if I sold the magazine at Rs 17 a copy, eventually I would end up making some profits which would help me buy my own computer.

I had the habit of boasting, which I still do, so I shared it with my uncle who told my dad and that was the end of my bestseller magazine dream.

I remember I got berated severely for wasting time and not focusing on my studies. Two days before I was to give the order to the printing press, I had to cancel it. I put my mind to studies and thankfully got good marks, though it was not enough to win me the new computer.

When I was in my tenth standard, I wrote a small novella of 30 pages. It was good (even if I say so). My classmates loved it too, so did the principal of the school, and even my parents. My dad offered to help me get it published but since I was about to sit for my tenth board exams we had to shelve the idea.

When I was in the first year of my college studying Computer Engineering, my parents got a letter from college notifying them of my low attendance. I actually did go to college but I used to sit in the library and code. I would take part in Topcoder and learn new languages. When my dad asked me about the low attendance, I told him you will get 12 of these for the next four years for each Trimester. He got around nine of them in the next four years, but this topic was never discussed again.

When I was in Directi, where I had got one of the highest packages from college (around Rs 16L to start with), I wanted to quit in nine months and start my own company. This was a dream job for many including me, but I just didn't want to do it after a point and wanted to do my own thing. My friends and family advised me not to quit so early and get some experience. My mom wanted to know if I failed would I ever be able to get a good job again. I quit nonetheless, and started http://Flat.to.

Four months down the line of running Flat.to, I was staring at failure. The employees were not happy nor were the investors. Numbers were falling and I just had a heart wrenching breakup (read the whole story here) -- all pointing to one single fact that I should never have left my comfortable job and started up in the first place. I also remember asking Waqar of Sutra HR my market value at that point of time.

But isn’t being an entrepreneur all about crawling through the river of shit and come out clean on the other side? We did struggle but things got better, and eventually Flat.to got acquired by CommonFloor. It still runs as a separate company and we recently pivoted to Flatchat, it's one of the best products of its kind, do try it.

My dad still thinks I will fail someday, I think so too. I may someday, but even then I will not stop taking risks and giving my best. I have huge respect for my dad and whatever he did was right, in fact, he actually helped me.

If you have seen the movie ‘Whiplash’, there is this line, "The next Charlie Parker will never be discouraged."

So my answer to the father who wants to know how he can discourage his son from becoming an entrepreneur is this: You can convince your son not to be an entrepreneur, but if he wants to be, he will be and you cannot do anything about it.