'Comedy is about being yourself' – Kaneez Surka 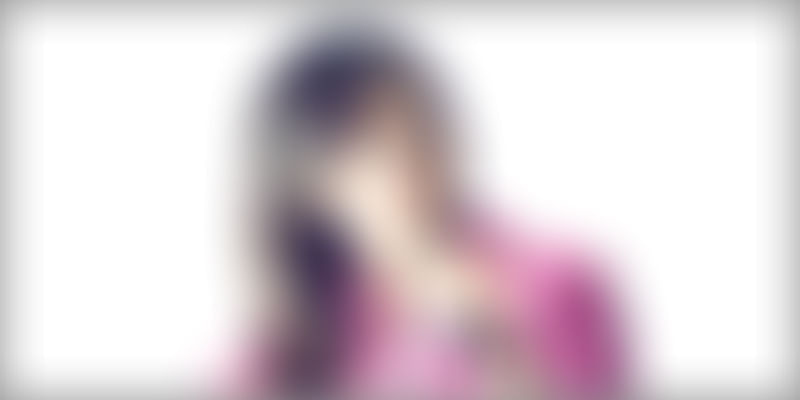 “I have never felt any different from other comedians. My gender or being a woman has never come in the way of my work. The comedian community has been very open and friendly, I have never felt or had any form of differentiation,” says Kaneez Surka. A famous name in the Indian comedy scene, Kaneez is one of the first Indian women comedians who is into improvisation.

Currently, Kaneez is a part of the group popularly known as ‘The Improvisers’ along with Abish Mathew, Kanan Gill and Kenneth Sebastian. She also conducts Improv workshops, does sketch shows and since last year has been doing standup shows. Kaneez is particularly known for being a part of ‘The Week That Wasn’t’ with Cyrus Broacha and Kunal Vijaykar.

Kaneez was born in South Africa, where she finished her schooling and graduation. “I was interested in theatre, so took up a course in drama in school and have also done small roles,” says Kaneez. After her university education, Kaneez came to Mumbai, India in 2005. “I had come here on a break for a year, I thought I would go back and pursue my post-grad in Law. There wasn’t any plan, wanted to do a bit of this and that. But, then I fell in love with the city and decided to stay here,” she says.

Talking about her shift to Mumbai, Kaneez says, “I knew the place because we would come here to visit family. So, I didn’t find the shift difficult at all.” After coming to Mumbai, Kaneez tried her hand at theatre and soon joined Divya Palat’s troupe called ‘Imps’. “I was having a lot of fun and thought why not do this for another year,” says Kaneez.

Deciding to learn the art of improvisation better, Kaneez went to New York to study improv comedy at the Magnet theatre, which is one the finest improv institutions. Kaneez started to love doing Improv comedy and was also a part of the group Improv Comedy Mumbai.

Speaking of her stint in New York, Kaneez says, “New York and Mumbai are made up of immigrant communities so I feel like they belong to nobody and yet they belong to everybody. I was in New York for two months, and within two weeks I felt like it was my home. And it was the same with Mumbai. Within a month or so I felt like this is my home.”

During one of their stage shows Cryus Broacha and Kunal Vijaykar spotted Kaneez and soon she became a part of the CNN-IBN show ‘The Week That Wasn’t.’ While doing the show, she even worked for few months. “I didn’t think I would make comedy a career, so I would do theatre, do the show, and my job,” adds Kaneez.

“I got married in 2007, and wanted to do different things. I wasn’t looking at a serious career in Comedy. I just wanted to be a bit of everything, it was fun and there wasn’t any ambition associated with it. I was doing different things, but then in 2011 I got divorced. I was a bit lost after that, my folks asked me if I wanted to come back home. But Mumbai was home for me. So I really started focussing and decided to pursue comedy.”

Currently, Kaneez is into Improv, Sketch and Stand Up. “I’ve always done ensemble work and I love collaboration. I’ve always been a part of various groups, be it Weirdass, A.I.B (All India Bakchod) or The Improv Comedy Mumbai. But now I am a part of The Improvisers. I also conduct several Improv workshops in different parts of the country. It actually started one day out of the blue; I was rehearsing on stage and Kenneth and Sandeep saw me and asked me if I would teach Improv, and I was like why not,” says Kaneez.Though her niche remains Improv comedy, Kaneez is trying her hand out in several different forms of comedy. She says, “I have around 20 minutes of material for my Stand up shows, which is very different from Improv. I also, really want to build the Improv scene in India, so I want to focus on my workshops, because I see that whenever people do improv they love it. Doing improv is great fun for people are in it and the audiences as well. We try to show our audience different forms of improv. I am going to go to New York and learn Sketch Writing, I also want to do Comedy Writing, so yes I do have plans.”

Kaneez believes that the comedy community in India is really great, “My closest friends are the people I work with, and have a healthy competition with, which is good. But the people are really great,” adds Kaneez. With a market that is growing and yet quite niche in the country, different parts of the country have different styles.

“In Mumbai, there is a lot of reference comedy with the backdrop of Bollywood and Politics, Bangalore is more quirky. The comedy scene is booming in Bangalore. I love the Bangalore comedy scene, there’re a lot of personal anecdotes in the city. There is quirky comedy and I feel like Bangaloreans do a lot of story-telling. There are like five open mics in a week in Bangalore, in Mumbai there are like four in a month. So people in Bangalore get to practice their material a lot, because all these art forms are about performing as much as you can.”

At the moment Kaneez thoroughly enjoys what she is doing, “I love doing comedy full-time,” she adds. As an advice to all the girls and women who want to get into comedy she says, “Comedy is about being yourself. If you love comedy then you shouldn’t let any kind of inhibitions come in the way. Just be yourself.”