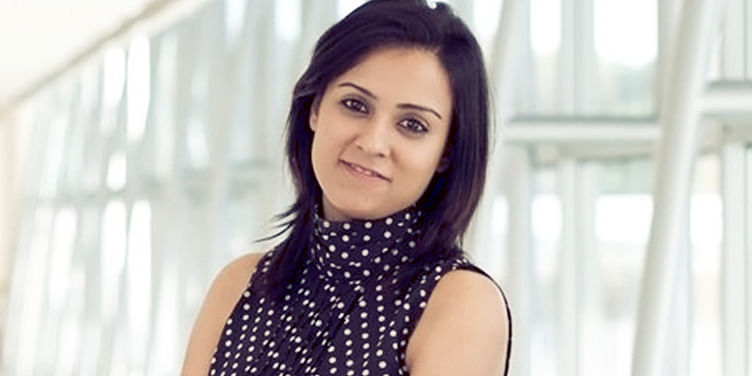 If there’s one thing that Harsha Kumar loves, it’s working with young, emerging startups. She started with Persistent Systems Limited in Pune, followed by Zynga, then Adnear, and now she’s working at Ola as AVP Product.

Most good startups are flexible, take more risks and move fast, which aligns with how I work. The ability to see an instant outcome of your effort excites me, as well.

With her experience with startups, she shares that a few common problems all of them face are getting the culture right. Finding people who understand how you work, recognise the value in it and either agree with it or adapt to it is very hard. When you’re growing fast, you simply focus on hiring. At some point, the culture is compromised.

I’m very fortunate that Ola was looking for a product manager the same time I was looking for a good startup. Ola felt like a cultural fit for Harsha, and when she joined, there weren’t any product managers at Ola. It was clear from the role that it was an opportunity to make a huge impact within the company. She says, “I enjoy a fast paced, aggressive environment and was incredibly impressed with the founders.”

Harsha describes her journey with Ola as incredible. “This last year with Ola has been phenomenal.The industry is exploding at the moment. Uber’s entry in the Indian market has only made things more exciting. I think Ola is one of the few companies that does not sleep. We’re a very passionate and driven organisation that thrives on a good challenge.”

About the recent TaxiForSure acquisition by Ola, she says, “TaxiForSure works as an independent organisation. We exchange ideas and approaches for business problems – two minds are better than one. I think the acquisition has made us stronger as a company. “

Harsha’s love for technology started on early. She geeked out and learnt coding when she was in grade VIII, starting from Pascal, then C and later C++. She’s spent most of her early life in Pune, fondly recalling how she went to a private coaching institute in Pune to actually beg of the trainer to teach her.However, he thought she, at just 14, was too young to learn, and politely refused.

Harsha studied in Pune, and went to do her MBA from INSEAD. She found a lot of encouragement and inspiration from her father. “With hardly any exposure to technology 18 years ago,” Harsha says,“my dad inspired me to aim higher, think bigger and use technology to create solutions for the future.”

Dearth of women in technology

Honestly, I strongly believe the onus lies more with women than with startups or corporates. Female representation in technology is low right from under graduate technology institutes. It has a lot to do with what women are taught when they’re young. I think more female role models in technology will play a huge role in changing that and in ensuring more women aspire to go to tech schools,

explains Harsha. She continues, “In general, all companies are hungry for talent. I believe companies are gender agnostic in this regard. When I started my career, there were quite a few women in my peer group. As I moved up, female representation started dropping. This was largely because most women decided to drop out of jobs; didn’t go for higher education;or chose to spend more time managing their home after marriage. This may be a personal choice or may be due to family pressure. But the only way to reverse this is for women to take a clear stand that we’re willing to give as much to our career as anyone else. I’m definitely not a proponent of preferential treatment. The playing field needs to be kept levelled for both genders and that people need to adapt to this levelled field. For women, it could mean going against the norm and making tough choices. For example, choosing a partner who is supportive of your career even if it takes time to find such a person.”

She thinks that one place where companies can play a role pro-actively is by sponsoring technology education for girls. This according to her is specifically relevant in India where girls may be discouraged simply because families are not willing to spend on their education. In other cases where such a fundamental issue doesn’t exist, it’s about women’s own initiative.

On challenges, Harsha says, “I was penniless after my MBA. Took me three months to find a job I liked (Product Manager at Zynga). During these three months, I survived on $2 burgers from McDonald’s for breakfast, lunch and dinner. Those were the days!”She points out that in India students get hired even before they graduate. When she completed her engineering, she had two offers in hand. At INSEAD, things were different- most students took time after graduation for job hunting. “Concept of campus placements didn’t exist. I wasn’t prepared for this. But I romanticise about those times as they taught me the value of money- of planning better. More importantly, it boosted my confidence tremendously. It made me realise that if I could live in extreme poverty at 28years of age, I was capable of a lot. In addition, interestingly, when I look back today, the struggle was completely worth it!”

Her family is her source of strength. She says that she comes from a family of ‘fighters’- she’s seen her parents struggle a lot; her father was a serial entrepreneur and her mother always stood by him; her sister decided to go back to school and learn how to code after her marriage. “She comes from a commerce background and she decided to completely change her professional path at a much later age, while also managing to have a wholesome family life. I’m so proud of all of them,” she adds.

For the future, Harsha is keeping it simple. “Just trying to be the best I can be. Hopefully start my own venture some day.”