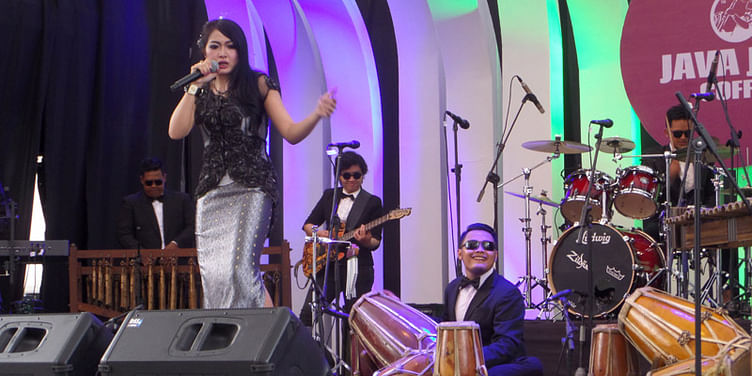 Jazz is regarded as the greatest cultural gift from the US (and Africa) to the world. Long before the terms ‘mashup’ and ‘platform’ became part of business jargon, jazz had spread around the world morphing and fusing with different styles, genres, languages and instruments. Many of these creative variations were featured at the 11th annual Java Jazz Festival (JJF) in Jakarta, one of the largest jazz festivals in the world and one of my favourite annual musical events.

With 180 acts spread across 16 stages for eight hours a day on three days, JJF is almost like a ‘firehose of jazz!’ Performers gathered from dozens of countries, and varied in age from their 20s all the way to the 80s, showing that jazz is very much alive and thriving today. From Bobby McFerrin (US) and Richard Bona (Cameroon) to Laya Putri (Indonesia) and Raghu Dixit Project (India), the artistes showcased amazing ways of thinking out of the box – with other terrific performances as well by Courtney Pine (UK), Alain Caron (Canada), Akiko Tsuruga (Japan), Lisa Ono (Brazil), Hendrik Meurkens (Germany), Gregoire Maret (Switzerland), Iriao (Georgia), Magnus Lindgren (Sweden), Pie Grande (Mexico) and Biel Ballester Trio (Spain).

Music forms and startup ideas can originate anywhere in the world and reappear in modified forms in other countries faster than ever before, thanks to globalisation and the Internet. Jazz festivals are a treat for music fans, and great places for idea hunting as well: there is no limit to the imagination, as the artistes in this photo essay show! (See also Part 1 and Part 2 of my earlier photo essays from the Rainforest World Music Festival in Malaysia.)

Bobby McFerrin shows there is no limit to the range of the human voice. This a cappella vocalist, composer, conductor and multiple Grammy Award winner is well known for his 1988 hit, ‘Don’t Worry, Be Happy.’

Indonesia’s Farrah Di and Jei Angklung show how jazz can be performed along with traditional percussion instruments as well, such as kendang and anklung.

British-Caribbean saxophonist Courtney Pine has over a dozen successful albums to his credit – and now explores new frontiers of sound with the EWI (electronic wind instrument).

Brazil is a superpower of music and football. Guitarist-vocalist Lisa Ono shuttles between Brazil and Japan, and has released a range of bossa nova albums including ‘winter bossa.’

Samuel Dubois adds a groovy touch of the Caribbean to jazz, with the steel drum.

Germany’s Hendrik Meurkens, a virtuoso on the chromatic harmonica, shows that the humble mouth organ can be featured with the best of jazz ensembles, and is regarded as the most outstanding jazz harmonica player since Toots Thielemans.

There are not many women musicians on drums – but here’s one: Jeane Phialsa from Indonesian band Fusion Staff, who drew wild applause for her terrific solos!

Mexico has a range of jazz bands as well, such as Pie Grande – the bassist Marcelo Mino also happens to be a Hare Krishna disciple!

Bangalore-based Raghu Dixit has a degree in microbiology – but now blends folk and rock music along with reggae! The Raghu Dixit Project’s most recent album is Jag Changa (photo courtesy Mia Damayanti of @Jazzuality) .

Born in Cameroon, Richard Bona moved to Paris and then New York and has established himself as a leading bassist, composer and vocalist, blending the contemporary sounds of Africa with jazz and singing in English as well as Douala. At JJF, he also played the track ‘Shiva Mantra,’ composed during a visit to India.

Meshell Ndegeocello is a singer-songwriter, and vocalist, who now plays jazz with a blend of reggae.

Acclaimed jazz-blues-funk band Ginetta Vendetta is spearheaded by vocalist and trumpeter Ginetta – who also shakes the steel bracelets on her right hand as a percussion instrument!

Iriao is an ethno-jazz band from the republic of Georgia. The musicians blend jazz and folk music, with a special showcase of polyphonic vocals.

Indonesian band Fusion Stuff, headed by Krishna Siregar from Bali on keyboards, also featured a terrific saxophone solo by Damez Nababan. He showed that the stage is no limit and walked right among the audience, much to their delight!

Canadian musician Alain Caron shows that the bass guitarist doesn’t just have to ‘keep time,’ but can be a band leader and composer as well. His self-designed six-string bass guitar and his incredible skills have led him to be ranked as the best bass player for 10 years in a row by the magazine ‘Jazz Report.’

Ace trumpeter Etienne Charles from Trinidad is a multi-talented musician – when he is not playing scorching solos on the trumpet, he plays equally sizzling rounds on congas.

If you close your eyes and listen to this band, you would think a full range of instruments was at play. But New York-based Naturally 7 has seven musicians on ‘vocal play’ – mimicking the sounds of drums, guitar and wind instruments!

Snarky Puppy, headed by talented bassist and composer Michael League, blends instrumental jazz with elements of world music – including from countries such as Greece.

Japan has had a long love affair with jazz, as shown by Akiko Tsuruga who played the Hammond Organ from the age of three. She has played with leading musicians from both sides of the Pacific, and has released four successful albums.

One of the best features of a jazz festival is the impromptu jam sessions between musicians from various bands and countries, many of whom have never met each other or do not speak each other’s languages! Jazz is a universal language of improvisation, as these diverse musicians show during the all-night jam sessions at Hotel Borobudur. We look forward to the 2016 edition of JJF already!