A PitStop that began with a leap of faith 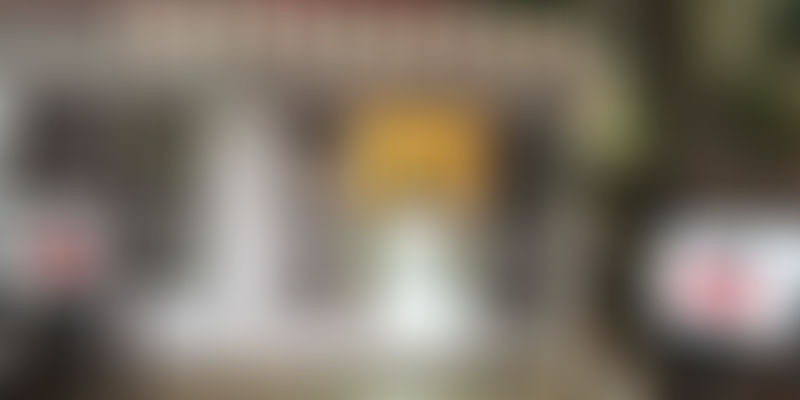 A PitStop to refuel on delicious homemade snacks and mouth-watering pastries, and who knows, maybe on a little hope as well.

Amble down Cline Road in Cooke Town in Bangalore on any weekday and you will unexpectedly encounter Pit Stop, the refuelling snack station with its array of delicious homemade goodies that will have you yearning to taste everything!

More often than not, you will find a lovely young woman, probably wearing an apron, which you might miss seeing because of that beautiful smile that she dons on every day.

Selena Nunes wears many hats. At the core of her being lies the essence of creativity. Whether she is penning a poem or creating a sugar rose, designing a website or creating a concept for an ad campaign, she thinks out-of-the-box. She marches to a different drummer, to an unheard beat.

She began her career as an advertising professional creating ad campaigns, films and websites moving into the animation arena. At the peak of her career, personal circumstances forced her to give up her job, and work out of home. This was a gigantic leap of faith that proved incredible.

Not one to be easily daunted, Selena put forward a bold front and added her already bold heart to starting an advertising agency, Wing Song Creativity, in 2008.

Working out of home has its shortcomings and the income peters in. It was at this time that she began to witness that she was not alone in this dilemma. Friends and neighbours were also struggling in different spheres. A melange of tears, sadness and depression, all cloaked with a bright smile.

Having witnessed first-hand the tragedies of life and how the power of faith and hope in God helped her overcome her situation, she decided to use her creative talent to design hope-building tools to assist others. She decided to inject hope into whoever crossed her path in ways that she was familiar with.

Whether it was a memorial card for a grieving relative, a get well bouquet on behalf of someone half way around the world, she pitched in. Using her talent, she began designing wedding cards and mass booklets…the possibilities were endless. She reaches out with warmth and assistance, with her knowledge and experience.

Thus, Hope Song International was born and launched in Singapore in 2010. To date, it has a creative and innovative vast range of ‘Hope’ products for the local and international market.

One of the beautiful magnetic calendars that is available for sale with her has the quotation:

“Sometimes your ONLY available transportation is …a leap of FAITH”.

For the international conference, various items were created. She worked with a team of talented creative folk from South India to showcase her ideas.

Almost simultaneously, the bold and kind hearted Selena, reached out to help a friend who was going through a crisis. Together, they ventured into the market with Selena’s home-made goodies…a throwback on her childhood hobbies.

Selena pursued this venture, preparing culinary delights at Christmas, Diwali and Easter under the banner of ‘Sweet Song Treats’.

Of late, she has added a pinch of spice, preparing Goan cuisine with authentic spices from Goa.

Today, Selena stands proudly behind the gleaming counter of ‘PitStop’ a snack counter that serves home-made goodies. ‘PitStop’, the refueling snack station attracts students from the neighbouring dental college, neighbours and many passers-by. Besides the cuisine, they are fascinated by the sight of the unassuming lady with the permanent smile, standing behind the counter. The USP here is, ‘nutritious home-made food’ served with a smile and a ‘ray of hope’.

Selena prefers to do her creative thinking, mulling at night from her home-office, dedicating specific hours to each of her different ‘startups’. Her favourite quotes are: “Turn failure into success, turn scars into stars and turn hurts into halos”. Never give up.

With a finger in many pies, this is exactly what Selena has dared to do. She had turned negative circumstances into positivity with faith as her anchor.