Can traditional Chennai ride on the enterprise products wave to become the hotbed of startups? 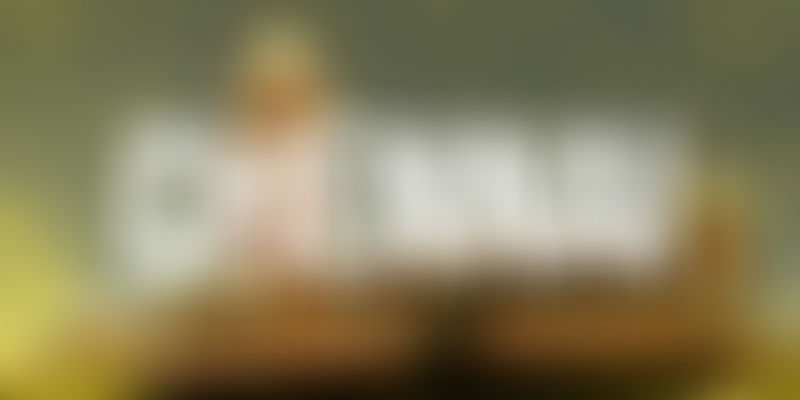 The selfie generation in Chennai is not just kicked about taking their own photos but also starting their own ventures. At least, that is how the picture looks right now.

While superstar Rajinikanth and Ilayathalapathi Vijay continue to fascinate others, the smarter lot has a whole new set of icons today. Starting from Mark Zuckerberg of Facebook, Kunal Bahl of Snapdeal, and Sachin Bansal of Flipkart etc, entrepreneurs are the talking point among the younger who are now hoping to follow suit their icons.

“Entrepreneurial scene in the city has drastically changed from what it was a decade ago. Chennai Angels, a city-based venture capitalist collective, is seeing at least three to four deals every day,” says R. Ramaraj, a serial entrepreneur and senior advisor of Sequoia Capital India. According to him, this is because there is a lot of social acceptance for entrepreneurs in the society now.

Though the last couple of years were hit by macro factors as low campus hiring, recruitment freeze across sectors and fewer opportunities to move or grow, a number of young folks have used it to their advantage by giving wings to their entrepreneurial dreams. And aiding them in this journey is a host of people, including academicians, parents, business community and even incubators and venture capitalists working overtime to foster an entrepreneurial spirit among students.

Chennai is now home to almost all active entrepreneurial mentor organisations. Be it TiE (The Indus Entrepreneurs), CII Startupreneurs or IIT Alumni Clubs or Nasscom’s Million Dollar startup programme, there seems to be enough mentoring and fostering options available to grow a good business proposition in the city. Today, there are over 30 incubators in Tamil Nadu alone and about eight to10 of them are present inside university campuses such as IIT, Anna University, and Vellore Institute of Technology, etc.

“Most importantly, the earlier generation in their 40s and 50s are letting their children to try out new options of their choice and are willing to fund the seed money of Rs 20-30 lakhs,” says M P Vijay Kumar, Chief Financial Officer, Sify Technologies Ltd. “This is the biggest advantage and support that these younger folks are getting which we never had,” he adds.

“There are lot of incubators and accelarators in Chennai now. Moreover, there is a good pool of successful startups, which are very helpful in giving advice to new entrants,” says Vineet Neeraj, Co-founder of Kobster.com, an office supplies portal. “A number of times, these early entrepreneurs become angels themselves, thus helping out the new folks with their personal funds,” he added.

However, all these fostering and support have not completely turned the numbers upside down. A comparative research data of Chennai from Venture Intelligence for FY2014 is far less with the city receiving $0.55 million for one deal while eight firms got funded to the tune of $26 million in 2013-14. However, on a broader note VC funding tripled in Chennai during the last seven years to $88.8 million in 2012.

“Though things are favourable in Bangalore owing to better IT infrastructure and stronger ecosystem in terms of support from the community, a similar climate is what we are looking to bring it with our initiatives,” says Anand P. Surana, CEO of ICEGEIN Computing Pvt Ltd. He is also the Convenor of CII Startupreneur initiative.

Averring the changing climate, Sachit Singhvi, Co-founder of travel portal Stayzilla.com, says, “Though it is not still up to Bangalore levels, the startup ecosystem in the city has undergone a phenomenal change. Most angel funds have dedicated Chennai chapters that seek out to help the companies in the city. There are a lot of startups coming up in the Internet and e-commerce space out of Chennai as there is a good pool of talent available.”

Chennai startups are basing their growth on a lot of non-IT sectors unlike Bangalore ones which are predominantly driven by IT. “Novel initiatives in social, agro and health sectors have come up from the state and growth of non-IT sectors could add a lot of value to the economy,” Ramaraj adds.

Commenting on the change in the investors’ attitude, Renju Ratheesh, CEO of Taxiforrent.com, says, “Earlier, Chennai investors were focussed only on safety of their funds rather than the idea. But now, there seems a slight shift in their willingness to explore newer areas giving startups more room for growth.”

The recently held Entrepreneurship Conclave at IIT-Madras also saw varsity of students pitching varied ideas, including crowdfunding to support the underprivileged, 3D printing and distribution and ‘green garbage’ waste management. However, the idea of ‘delivering logistics via drones’ and the one on ‘pushing dynamic ads into mobile games in place of the obtrusive banner ads’ won the PayPal challenge.

“It is encouraging to see many students in India daring to dream to give wings to their ideas and set up business ventures,” says Anupam Pahuja, GM Technology – Asia-Pacific, PayPal, which has announced the opening of its Start Tank incubator for students. “Through Start Tank, we aim to help them with the right kind of mentorship

Fading entry barriers, easy fall-back options, ample mentoring and liberal parenting have given the FB-generation stronger wings to pursue their entrepreneurial dreams. “There is a lot of social acceptance, lower risk levels, easy money and extensive support that is helping a lot of people to try out entrepreneurship,” says R. Ramaraj, a serial entrepreneur and senior advisor of Sequoia Capital India.

However, a lot more needs to be done, he said, “If you look at the AngelList (a website for startups and investors) in the US, it will have 15,000 startup companies listed against 17,000 investors. That is the kind of environment we need to boost entrepreneurship -- more investors than companies,” he added.

More than letting the companies start, it is mandatory that the government gives them a compatible environment – both socially and officially, to sustain their ventures so as to make them successful, he opined.

But regulations are no dampener for the new kids on the block. City youngsters have rebooted themselves to scale greater heights in the entrepreneurial arena.