The Net was born free, but telcos TRAIng hard to put it in chains 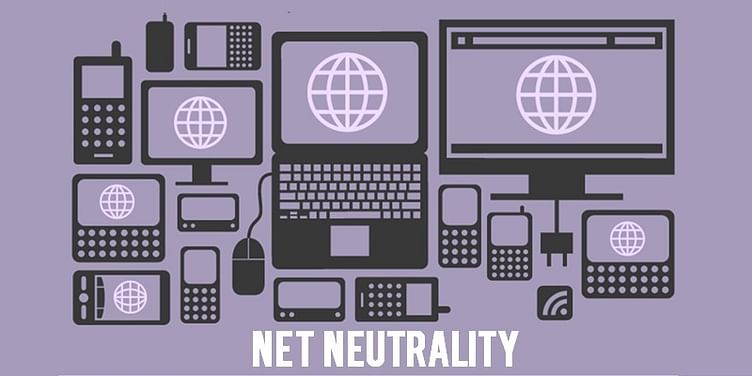 Few would dispute the argument that the Internet has empowered us considerably, especially in the last decade or so. But that freedom, call it digital empowerment if you may, will soon be snatched away by a cartel that masquerades as a trade body. This bloc, comprising telecom companies, presents a clear and present danger to our freedoms that, in the context, can be simply summarised as Net Neutrality.

The issue at hand is a consultation paper put out by the Telecom Regulatory Authority of India, TRAI for short. The idea of a "consultation paper" might seem innocuous at first blush, but it is not. Broadly speaking, it is meant to decide three things: whether should there be licensing of over the top (OTT) applications (like WhatsApp or Skype); whether there should be licensing only for communication Internet companies (non-communication Internet companies being the likes of Flipkart, YouTube, Redbus, Naukri, Makemytrip); and whether telecom operators (like Airtel, Vodafone and Reliance Communications, among others) should be allowed to do “traffic shaping” and use differential pricing.

In short, this paper (PDF) is a precursor to a policy that will decide the very manner in which we access the Internet and what we access at all. If our fears come true, one or more of these can hypothetically happen:

These are just a few random things that can happen. And no, this is not scaremongering of a habitual conspiracy theorist. This is precisely that the telecom companies are seeking to do, and they well might be able to pull this off if TRAI accedes to their unjustified wishes. The TRAI has called for comments from stakeholders on its paper, and the last date for doing that is April 24, 2015. The objective of this consultation paper, the regulator said, was to analyse the implications of the growth of OTTs and consider whether or not changes were required in the current regulatory framework. It said, “The (SMS) messaging traffic fell from 5,346 million in June 2013 to 4,367 million in June 2014, a decline of 18.3 per cent. This decrease can be attributed almost entirely to an increase in traffic of OTT messaging apps.”

Here's a video that will help you understand the concept like a 2-year-old:

What prompted TRAI to put up its convolutedly-worded consultation paper (thankfully, there’s an abridged version of this document, and we would request you to take out time and go through it) was its assurance to Airtel to look into the issue after the telecom company created a furore in December 2014 over its decision to additionally charge subscribers for VoIP (Voice Over IP) services like Skype and Viber. Airtel didn’t go ahead with the plan, but TRAI did take up cudgels on its behalf. Earlier, TRAI itself had squashed a proposal to charge OTT players like the WhatsApp and Viber to pay connectivity charges to telecom companies. It felt the revenue decline of operators could be made up with the increase in mobile data usage. Telecom operators, however, were insistent that consumers were paying just for the Internet packages and not for the calls and messages.

But telecom operators are essentially living in denial. They are still not willing to accept that the short messaging services (SMS) of the early days of the telecom revolution are passé. They are being as mule-headed as the cyber café owners and cable TV operators who just couldn’t reconcile themselves to the fact that the services they once offered had become redundant with time. Ironically, these same telecom operators had made the best in the decline and eventual demise of cyber cafes and cable TV. But telecom companies, unlike cyber café owners and cable TV operators, are not smalltime players – they are big, rich and powerful enough to extract their pound of flesh, by fair means or foul.

Yet, it is not that the fading away of the text message is making telecom companies bleed red. A Medianama report Mobile Internet in India (behind paywall) throws up relevant numbers. In the case of Airtel alone, while value-added service (VAS) revenue dipped from Rs 1024.85 crore on the third quarter of financial year 2013 to Rs 780.82 crore in the third quarter of financial year 2015, its data revenue jumped three-and-half times from Rs 585.75 crore to Rs 2,108.22 crore in the same period. No one is stopping telecom companies from hiking their regular tariff; they are making enough any way.

The telecom industry, mired as it still is in the Rs 309,845.5 million 2G scam, wants absolute control, and it is an industry that doesn’t feel it’s accountable to the nation or its people. It, like the spoilt brat power discoms of Delhi, had thrown a fit when the Comptroller and Auditor-General (CAG) had wanted to audit accounts of telecom companies. The Delhi High Court initially allowed the CAG to inspect their accounts, but the industry approached the Supreme Court urging it to overturn the high court verdict.

The apex court had then ruled in favour of CAG audits saying, “When nation’s wealth, like spectrum, is being dealt with either by the union, state or its instrumentalities or even the private parties, like service providers, they are accountable to the people and to the Parliament... CAG’s examination of the accounts of the service providers in a revenue sharing contract is extremely important to ascertain whether there is an unlawful gain to the service provider and an unlawful loss to the Union of India, because the revenue generated out of that has to be credited to the consolidated fund of India.”

The COAI has possibly not learnt its lessons from that ruling. Or maybe, it’s just a shameless association that hasn’t learnt anything from the Supreme Court’s verdict on Section 66A of the Information Technology Act either. Telecom companies want TRAI to do their bid. Bit too, you might say.

It might not be fair to allege that the TRAI is working hand in glove with the Cellular Operators Association of India (COAI) that it is supposed to regulate, but there are reasons to be suspicious of the authority. The issue of Net Neutrality, in fact, had been raised in a paper (PDF) by TRAI itself way back in December 2006. In the chapter on ‘Emerging Trends’, it had remarked,

Network neutrality is the principle that Internet users should be able to access all content they view and all applications they use on the Internet without being discriminated by Internet service provider(s)/ access provider(s). The Internet has operated according to this neutrality principle since its inception. Indeed, it is this neutrality that has allowed many companies (application service providers, content providers etc.) to launch, grow, and innovate. Fundamentally, net neutrality is about equal access to the Internet.

The authority had warned, “Internet providers are not prohibited from discriminating against the content available using their services; therefore they could legally restrict access to any website or Internet application they choose whenever it suits their bottom-line economic,” and even predicted, “The situation may also rise in India as Internet access providers may use their market power to discriminate against competing applications and/or contents.” And, this is precisely what the advocates of Net Neutrality in India are fighting against, for their worst fears are beginning to take shape.

There are a lot of things that one can do right away:

Disclaimer: Internet.org is an advertiser on YourStory. Facebook and Reliance Communications have partnered to bring Internet.org to India.