Politics is the management of impossible contradictions and entrepreneurs can learn a lot from it, says AAP’s Ashutosh 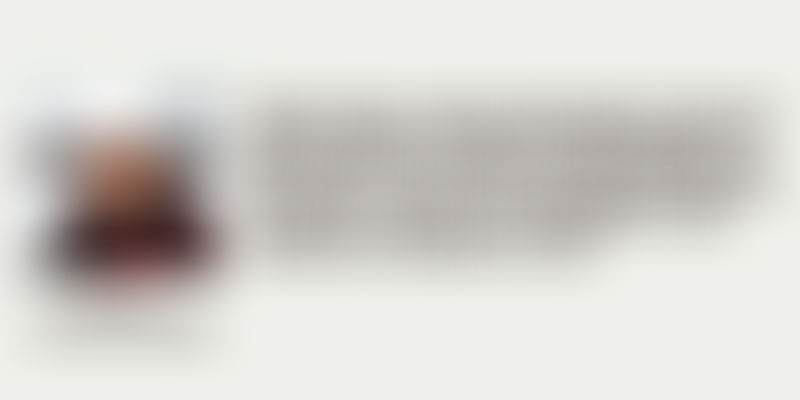 Entrepreneurs not only chase impossible dreams but also manage humongous amounts of contradictions and ambiguity daily. AAP’s spokesperson and erstwhile journalist Ashutosh urges entrepreneurs to participate in politics not only to broaden their horizons but also learn the tricks of management, which no book can teach “as effectively”.

YourStory recently caught up with Asuhtosh in the East Patel Nagar headquarter of AAP in Delhi. Brimming with an infectious energy, Ashutosh is someone who has defined his journey in his own way. Societal benchmarks have played little role in shaping his professional goals,  it has been more a matter of answering his inner callings, as Ashutosh puts it, “a voice that always prompts me to jump into the darkness and then discover and navigate my way around.”

According to him, AAP is the first political startup by a non-political person (Arvind Kejriwal), who had no prior experience of starting up. And a startup rife with tension and stress (which inherently is a part of a startup DNA) has shown the world that someone without the background and resources can disrupt the political narrative of the country. In many ways, it has been a harbinger of hope for the common man, if AAP can do it, so can anyone with the right pursuit.

The three impossible things that AAP has achieved under Arvind Kejriwal is the creation of the first movement from scratch (the Anna movement) when nobody gave Arvind any ‘bhav’ (hearing/importance) from the political ecosystem. The second was the formation of a political party when the world kept saying that a movement is fine but political party bana ke dekho tab aaukat pata chalegi (start a political party and then you will know your standing). The third impossible thing was that following AAP’s resignation (after its first parliamentary election victory), the popular belief was that AAP was over, but after that we won 67 of the 70 seats. All three were impossible feats that Arvind Kejriwal made possible. Like any startup founder, his single-minded pursuit made all this possible and rallied the team around him.

Ashutosh goes on to add, "I would like to say that AAP is one of the very few startups that has achieved the three impossible in a very short time. Even for a regular business startup, if you create one big product it is a big thing and then regularly creating different products and creating success is a big leap."

He says they achieved all this because of the determination of their leader. “Arvind has always been driven by a very strong determination, clarity and single-minded pursuit of creating a world for the common man and by the common man". His purpose has been larger than him or anyone. And when your purpose is so powerful then impossible is nothing. This is surely stuff that entrepreneurs can learn a lot from.

Ashutosh shares his personal journey in his own words:

From a journalist to a politician

I would say it was one of the greatest accidents that happen to many of us looking to pursue something meaningful in life. I am fond of jumping into the darkness. I come from a lower middle class family; my father was in a government job. Like most fathers from small cities, he wanted me to be a doctor. I did not fulfill his wish. Then he wanted me to be an IAS; again I did not fulfill his wish and became a journalist. Even in journalism, I left print and jumped into another darkness -- TV. In 1994, it was a new medium taking birth in India. And in 2014, when most would say that everything was going well, I quit as the managing editor of a leading TV channel and joined AAP.

I remember Arvind calling and asking me to join. I told him give me 48 hours. And in 72 hours after speaking with my wife, I made the jump into another darkness. I didn’t know where it will take me, but I knew in my heart, it was the right decision. To tell you frankly, I was never a journalist in the classical sense. I was always an activist journalist. If a story had to be done, then it had to be done, come what may. I always looked out for transparency and justice.

‘Crown Prince, Gladiator and Hope, the Battle for Change’

This is a book I planned in August 2013 and the day after Modi filed for his nomination as the PM candidate, I wrote down the whole book. If you see books are planned

and written after the events have happened, then you have wisdom of retrospection, here, I knew that 2014 elections will bring a paradigm shift in the Indian politics and wrote as things were unfolding. I played double role of an editor and political activist in the book; you will see the editor dying in the middle and the birth of the political activist. To derive your interpretations and learning’s from the book, pick a copy and tell me what your takeaways are.Ideology

Ideologies are now fast becoming old socialist, leftist constructs, people are looking for one thing, and only one thing, that is delivery. Are you delivering? Or are you just talking? World has changed, lines are blurring, even in the US and the UK, the lines with different political groups are blurring and what people care about is the delivery.

I whole-heartedly believe that politics is a great management. It’s one place where in the morning, you meet a guy from the slums looking to you to solve his basic challenges, while the same evening you may have a meeting with a top entrepreneur looking for your support for something else completely. Young people should participate in politics and learn first-hand the management of impossible contradictions and aspirations of people. Politics also broadens your horizon as nothing else can. Before I joined politics, even as an activist journalist, I did not know that Delhi has an area where water comes after every two weeks, people have to wake up at night to fill their buckets from the tap.

If you are someone who wants things to be changed, who believes in great experiments, who wants to make politics lean and affordable, then you should come out and support what we are doing. Like every startup, there will be challenges, but the point is, are we moving towards a real democracy, transparency and a genuine effort to make a difference?

Definition of a Startup

Steve Blank and Bob Dorf define a startup as an "organisation formed to search for a repeatable and scalable business model." In this case, the verb ‘search’ is intended to differentiate large, i.e. highly valued startups from small businesses, such as a restaurant operating in a mature market. The latter implements a well-known existing business strategy whereas a startup explores an unknown or innovative business model in order to disrupt existing markets, as in the case of Amazon, Uber or Google.