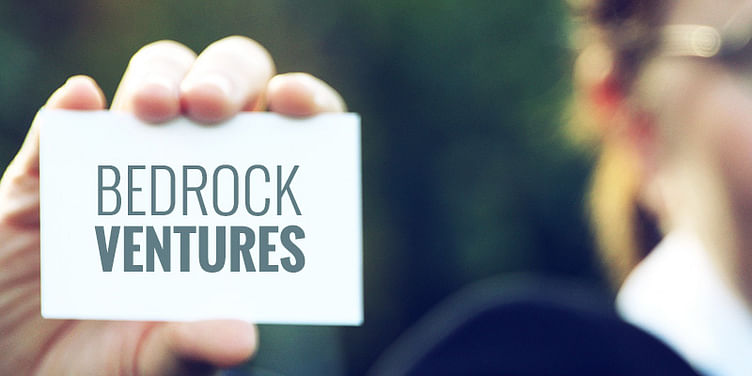 Venture capital funding is at a great time in India as startups like Flipkart, Zomato, Ola, and Housing.com have been showing immense potential for investors. While we have over 350 investors registered with SEBI, only 15-18 are active as far as startup financing is concerned.

Currently, we have three (correct me if I am wrong) homegrown venture capital firms - Seed Fund, India Quotient, and Bedrock Ventures. Bedrock Ventures is a Delhi-based VC firm, which focuses on early stage investments in startups. As of now, the firm has invested in eight early growth stage startups. The firm is led by veteran Vivek Bihani, who has been into the VC space over two decades.

A quick look at some startups backed by Bedrock Ventures

Vivek started his stint as a venture capitalist in 1994 and helped ICICI setup ICICI’s venture capital arm in Delhi. “At that time, there were only four VC firms operating in the country,” says Vivek. Comparing the state of entrepreneurship back in the 90s to the present day, Vivek says, “We hardly found people willing to take risks during the 1994-98 period. However, today we see young guns diving into the entrepreneurial pool without any fear.”

After a four-year stint at ICICI Ventures, Vivek turned entrepreneur and founded an e-learning platform Magic Software. The company grew rapidly and achieved a leadership position in the e-learning services domain in the country. However, Vivek decided to move out from Magic Software in 2009 to launch Bedrock Venture.

Talking about his reasons for moving out from Magic Software Vivek says, “The e-learning platform is hard to scale. Education is very visible on the tech front, but digital distribution is not easy, and content creation is expensive. Importantly, monetization is tough given the enormous amount of learning content that is available on the web for free.”

With a four-person team, Bedrock Venture is open to funding in the early or seed stages of tech-enabled startups. We aren’t vertically focused as far as funding is concerned and look to invest in any tech-leveraged platform,” points out Vivek.

Bedrock Venture stays away from the e-commerce space

E-commerce has been the darling of venture capital firms, however, Bedrock hasn’t made any investment in this sector. “VCs investing in

e-commerce startups are the new generation of investors and we at Bedrock have so far failed to understand the viability of e-commerce ventures,” says Vivek.

Should tenure of VC funds need an extension?

Most VC funds around the world, and India, follow the US model in their tenure – that is, 8+2 or less often, 10+2 – which means they have 8 or 10 years to identify companies, deploy funds, nurture teams, take them to exit, and then return the money to their LPs, with a potential extension of two years for the entire process.

“Pure-play tech businesses can give you an exit in seven to eight years. But tech funds require anywhere between 13-15 years,” says Vivek.

Senior professional coming to the startup world always come with a lot of baggage. But young fellows out of colleges or with short professional stints do not have much to lose. “I always advise people who come to the startup world from the corporate set-up to give up on the habit of expecting a support system. In corporates, one finds everything structured where as in a startup everything is unorganised and one needs to multi-task,” concludes Vivek.