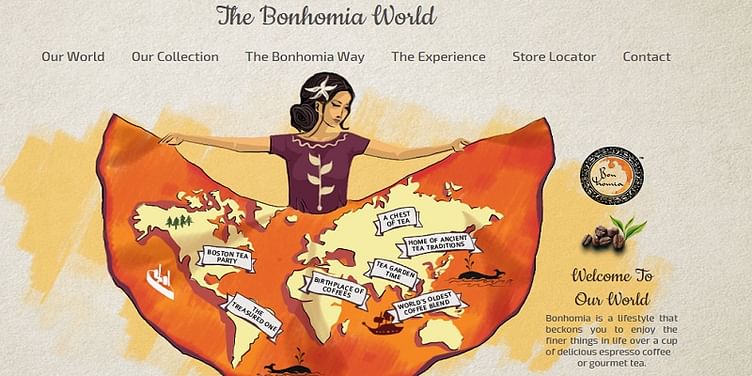 Founded by Mr. KunalBhagat (INSEAD alumnus, ex investment banker) and Mr.Tuhin Jain (XLRI alumnus, Ex PepsiCo), Indulge Beverages owns the brand Bonhomia. Under Bonhomia, the company launched premium Indian origin tea & coffee capsules which are compatible with Nespresso machines. The funding arrangement will see the startup receiving the 2 million dollars over two committed tranches. Commenting on the investment, Mr. Kanwaljit Singh said, “Bonhomia is delivering on a strong emerging consumer trend in India. The consumers are looking for great tasting, convenient and lifestyle brands and Bonhomia satisfies all three. I also see a great potential for the Company to build a global brand, especially with the range of Indian origin tea flavours.”

The brand is available through Nature’s Basket, Modern Bazaar and Foodhall gourmet stores across Delhi, Mumbai, Bangalore, Pune and Hyderabad in addition to ecommerce platforms such as bonhomiaworld.com, Snapdeal, Fabmart.com etc. It is also housed as a in-room guest amenity in some of premium hotel properties in India such as The Oberoi Group, Taj Palace as well as Starwood properties (WESTIN, Le Meridien ,Four Points etc). Speaking about the development Kunal said, “Bonhomia has validated the belief that Indian consumers are looking at evolved food products. Further the brand presents an excellent opportunity to not only tap, but actually grow the market for ‘single serve’ format in India. In about six months of operations, we have had to increase our capacity from 1 million capsules to 20 million capsules.”

Indulge Beverages has both B2C and B2B angles and the infusion of capital will help them expand in terms of geographical distribution and product range. According to the founders, the market for ‘single serve’ Nespresso format coffee is currently estimated to be north of $10 billion globally and the Indian market is estimated at around INR 200 crores ($33 million). The beverage space saw a rise in focus with Hector Beverages which is backed by Narayana Murthy (read the paper boat story). Siliguri based Teabox also recently raised a $6 million series A round. The Bonhomia investment indicates an uptake in premium products coming from India and also the increasing investor interest in the Food & Beverage product space.