E-commerce companies are quickly shutting down websites. Where is mobile web heading? 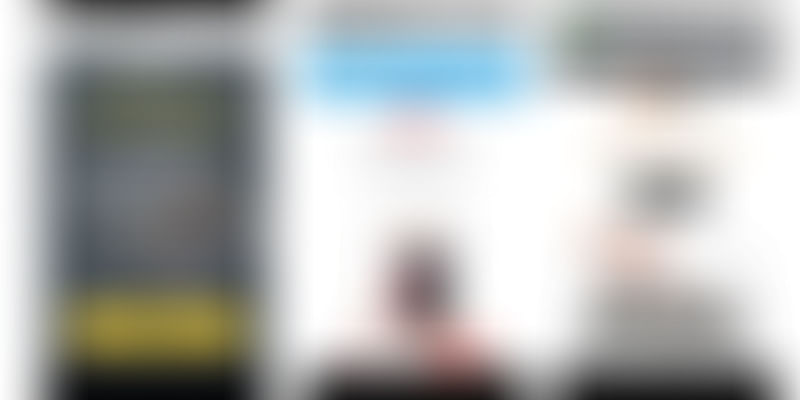 Upgrade to the Urban Ladder app. Download now in less than a minute.

Now get better and faster Flipkart experience on your phone through app only.

These and many other mobile websites are now pushing users to download the app. In the above image, Urban ladder still has an option to go to the mobile website but more and more companies are deciding to ditch their mobile websites (and in some cases desktop websites too) completely.

For an end user, this looks frustrating. And there have been oppositions, vehement ones. One response to Urban Ladder’s opening message was, “I am already there! Why do I need to wait more and reach the app?” These are all valid questions and for a user who is comfortable with the idea of a browser, this seems a drastic (forced) shift. But there is another angle to this.

Meet Lucky Singh, a basic smartphone user in rural India whose only idea of internet on the phone is Facebook. He doesn't have any data pack but uses mobile data on the go at times when he needs to check his Facebook. For emails, the phone's real estate is too small, he goes to the desktop. For him, internet on the phone is only the (Facebook) app. (See what does Rishabh Bangwal, a tech-savvy rural Indian have on his mobile?) There are millions of such users across geographies who are joining the internet. For instance, a survey was conducted in Indonesia and the respondents said that they did not use the internet. But in focus groups, they would talk enthusiastically about how much time they spent on Facebook! This means that they didn't know that Facebook runs on the Internet.

On the other side of the spectrum, Wishy Arora, product guy at Cleartrip shared another interesting insight at MetaRefresh. He mentioned that children in urban environments are getting exposed to devices at a very early age, even before they start walking or talking! When a kid nears a device, the first step would be to click on an icon (app) and check it out. Engage with it if it meets expectations and if not, go to the app store and download something else. The concept of a browser is shifting towards the app store. (children in many geographies are spending, on average, almost an entire day of the week on their smartphones).

These two instances might seem to be very small segments and the argument that 'what about the people who are very comfortable with the web?', is very much valid. But this is where the mobile world seems to be heading.

This data is almost alarming. There is a steep decline in the usage of mobile web and the apps are dominating. But why do the companies push in this direction? Why does everyone want users to download the app. Wishy Arora had an insightful slide:

There are two underlying reasons for most of the above points:

1) At the end of the day, all traffic on the mobile web belongs to Google.

2) The mobile web doesn't give the same kind of freedom and framework to engage a user.

From a business angle, this makes a lot of sense. The metrics are moving from getting 'traffic' to acquiring 'users'. A user on the app is more engaged since he or she has already taken the effort to download the app and it opens up a lot of possibilities to give a good experience.

But as an end user who is used to the open web, this seems scary. And an obvious question crops up- how many apps can one have on the limited real estate of a mobile screen or a smart watch for that matter? You can't have an app for everything. To this, Drupal founder Dries Buytaert has a hypothesis according to which the web will go through a massive re-architecture and re-platforming in the next decade. Readwrite simiplifies this and says that in essence, we're moving from a pull based system to a push based system.

The current Web is "pull-based," meaning we visit websites or download mobile applications. The future of the Web is "push-based," meaning the Web will be coming to us. In the next 10 years, we will witness a transformation from a pull-based Web to a push-based Web. When this "Big Reverse" is complete, the Web will disappear into the background much like our electricity or water supply.

If this is true, the truth doesn't seem very pleasant to most of us for whom the browser has been the gateway to the internet where we 'search'. In the future, if we were to go with Buytaert's hypothesis, the web will sit at the back (like electricity) and push whatever the user needs. And both of the above arguments conclude by saying that the end state will be something like Cable TV. A few dominant channels/apps sit on users’ home screens and everything else is relegated to lower tiers or irrelevance. The ones which have the financial muscle for distribution reach the top and have a higher chance of succeeding. The smaller innovative apps might die too soon to realize their potential.

The other problem with apps is that Google and Apple control the marketplaces with over 96% of the market shared between them. Either of them can decide to throttle some services and that innovation will never get the opportunity to test itself out.

But again, this is where we are heading.

On the positive side though, it is important to note the circular nature of 'openness'. As LukeG says in one of the comments,It’s worth noting that it’s actually — almost always — open first. Open systems/communities explore new frontiers, closed providers package them for the mainstream, and then new open solutions emerge (often a function of both end-user comfort with the ecosystem and the relentless ability of closed companies/solutions to build defensive silos that eventually hamstring their ability to innovate).

In India, the race to take apps and technology services mainstream has begun in full swing- from forcefully making users download apps to showing a picture where the app seems like the only option. As far as the future of mobile web goes, it is as unclear as it was at the beginning of this article.

What are your views? What is the end game to this?