Women empowerment is not a position or possession, Geeta Malhotra, Director of Read India 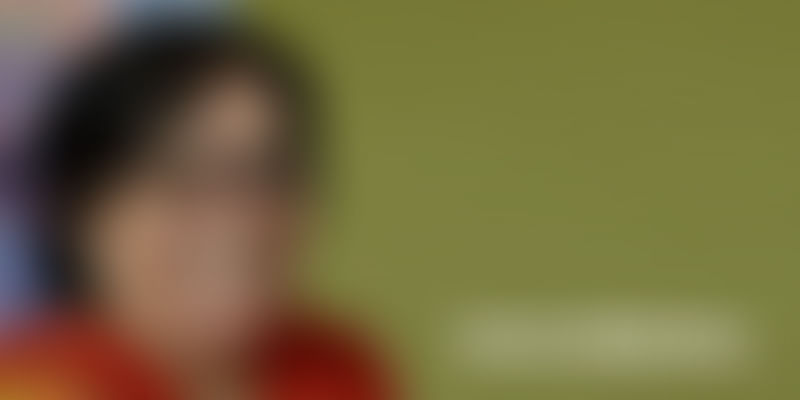 Age-defying charm, affability, and a down-to-earth attitude — these are some of the facets that strike you when you meet Geeta Malhotra, Director, Read India, the Indian chapter of Read Global, a part of the Bill and Malinda Gates Foundation. Read entered India in 2007 to empower women and marginalised groups, and to create educational and economic opportunities in rural areas.

Geeta’s story inspires awe and encouragement. The woman who helps millions now to fulfill their dreams had a humble beginning herself. Born in a middle-class family with three elder sisters who were teachers, she chose to be different. Teaching was considered a dignified profession for woman in the 70s. But the young Geeta’s tender heart associated teaching with — “the cane, stern looks, a rigid expression and downright autocracy.” Instead, she wanted to spread love and kindness.

Geeta admits that she was not a bright student but was sincere and believed in herself. With limited means at home, it was difficult for her father to pay for her college education. But that did not stop her. Geeta recollects:

I just barged into the principal’s office at Venkateshwara College, Delhi University, and said: ‘I want to study but have no money for my education. I request you to let me study here and I will not fail you.

The principal could not but accede to her plea. After graduating from Venkateshwara College, Geeta did a secretariat course and became a secretary to the Director Personnel at Usha International. In 1978, she got married. With a supportive husband by her side she pursued her masters in social sciences, a double Masters in population studies, and later got registered to pursue a Ph.D. The turning point in her life came when she joined the Population Foundation, the erstwhile Family Planning Foundation, established in 1970 by a group of socially committed industrialists led by J.R.D. Tata and Dr Bharat Ram. Working with stalwarts like JRD Tata and Homi Bhabha gave her a mission in life.

She later joined One World South Asia as a senior programme officer, and her assignment with DFID (Department of International Development) took her across Asia. She was a member of the international group, Building Communication Opportunities, where her role was to take technology to rural Asia. Geeta was soon anchoring radio shows and promoting community radio in rural India.

Along with a team of experts, she initiated radio programs for the youth that were aired on All India Radio. She started training women to present their issues on radio. And that was the beginning of her leadership journey.

Her voyage towards changing lives found new vistas when she got nominated for the role of Country Director, Read India. It’s been eight years now and Read India has 17 centers in India to spread literacy.

Ask her, is this a man’s world? and it promptly elicits a vehement ‘No!’ According to her the world belongs to those who show perfection in all walks of life: “There is no discrimination in nature. People who are dedicated and perseverant are bound to achieve; irrespective of caste, creed, and gender.”

Was it difficult for her to maintain the work-home balance? Replies Geeta,

Perfection percolates to all aspects of one’s life. And someone who is good at their job will excel everywhere else and do justice at home too.

She believes it’s important for a woman to learn to say ‘no’ when your values and beliefs are on a short shrift and stepped upon: “Nobody should ever take you for granted, no matter how close you are to them. A woman needs to have confidence.” She recalls the days when she confronted politicians on the falling sex ratios. Even their dire threats did not deter her from her objectives.

Often people accept failing health and diminished energy as a part of passing years. But Geeta refuses to get cowed down: “The body responds if there is a zeal in you to do something which gives you satisfaction.”She travels most of the month to the remotest rural parts of the country and refuses five star luxuries when traveling. According to her, the same funds can be used for public good.There are people who lack basic amenities in life, education, and livelihood. Geeta wants to work towards helping them become independent and skilled. “There was a time when I did not have money to buy books for my college education, that’s why today I am working towards setting up community libraries,” she says.

“Women empowerment is not a position or possession; it is about creating an image of dignity, self-respect, and values for women,” concludes Geeta.