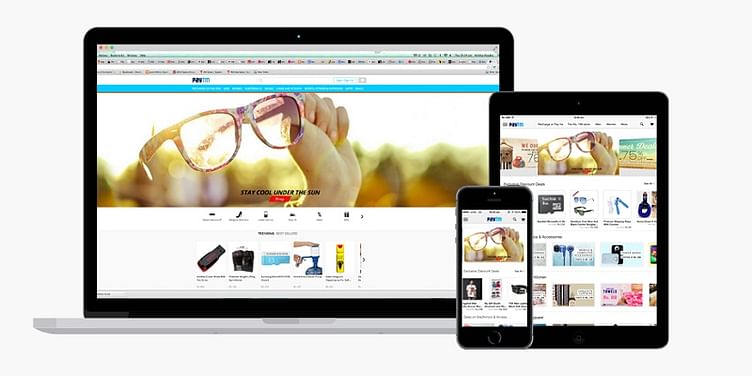 Flipkart and Snapdeal are the top two names that come to mind when someone talks about homegrown e-commerce players in India. But this is not a two horse race, Paytm is a silent but powerful contender that has a first mover advantage on mobile. Starting out with mobile recharges, Vijay Shekhar Sharma, the man behind One97's Paytm has strategically made moves to become a strong contender in the Indian e-commerce space. This became clear once Jack Ma's Alibaba group took up 25% of the company by pumping in $575 million in the mobile commerce firm. (Ratan Tata invested as well)

Paytm launched the mobile based markeplace in February 2014 and has now come up with the Seller App with a zero commission model. What this means is that sellers on the platform don't need to give a commission to Paytm on sales. Merchants keep all of what they sell. Other marketplaces like Flipkart and Snapdeal work on a commission based model.

This move is in line with what Alibaba Group's Taobao works on. Taobao is a Chinese marketplace that works on the zero commission marketplace. As the history goes, Taobao Marketplace was launched in May 2003 by Alibaba after eBay acquired Eachnet, China’s online auction leader at the time, to became a major player in the Chinese consumer e-commerce market (source). To counter eBay’s expansion, Taobao offered free listings to sellers and introduced website features designed to act in local consumers' best interests, such as instant messaging for facilitating buyer-seller communication and an escrow-based payment tool, Alipay. As a result, Taobao became mainland China's undisputed market leader within two years. Its market share surged from 8% to 59% between 2003 and 2005, while eBay China plunged from 79% to 36%. EBay shut down its China site in 2006. Taobao continued to grow and in 2011 was split into: Taobao Marketplace (a C2C platform), Tmall.com (a B2C platform; then called Taobao Mall), and eTao (a search engine for online shopping).

So, with the new move, Paytm can be rightly touted as the Taobao of India. According to this Firstpost report, Paytm claims to earn revenues of over $500 million now but Sharma says this will jump to $2 billion by December 2015. Half of Paytm's run rate will then come from the m-commerce marketplace push. And the focus will be on getting more users. The sentiments are also reflected by Alibaba. Erik Jing of Alipay says, "We don't care about profitability. We care about SMEs, users on the Paytm wallet."

Paytm has been coming up with a string of updates. Most recently, it also joined in the hyper-local game by starting grocery delivery in Bangalore. Over the past two months, hyper-local ventures have raised more than $60 million from various venture capitalists. Gurgaon-based Grofers snapped up $45 million (in two rounds) while PepperTap secured $12 millionacross two rounds. For Paytm, the mantra is mobile. Backed by strong 'payments foundation', Paytm will be building tools for SMEs and helping them become more adept, selling online. Check out sellon.paytm.com.

Looking at the competition too, the race is on to empower small businesses. And the market is huge!

Amazon is piloting with AmazonBusiness, a members only B2B website for small businesses. Snapdeal is providing funding to small businesses to aid them along with other initiatives, Flipkart is scaling up its training initiatives and a lot more is brewing up for the times to come.