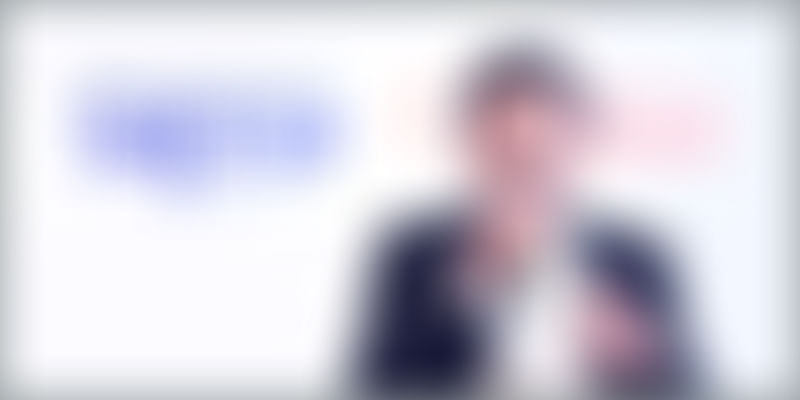 It was 1967. A small 'paan' shop spread over a humble 10 by 10 square feet at Gandhinagar in Bangalore started selling books along with condiments by the roadside. It was exciting when they sold their first book - a Lilliput pocket dictionary.

The dream journey of Sapna Book House is indeed rooted in such a modest beginning. It is inspiring to see what started from there is today counted as one of the top publishing houses nationally.

Between 1967 and 1977 (in approximately 10 years' time), they managed to do brisk business and acquire 1,200 square feet of space for their first retail outlet in Gandhinagar. Cut to 2015, Sapna Book House boasts of 12 retail stores (three more in the pipeline), with over 3.5 lakh sq ft of retail space. Of the 12, eight are in Bengaluru.

It has been a tremendous growth story for this group, just the kind of success Founder Suresh Shah would have dreamt of.

It has perhaps surpassed even his expectations. Today, we are a strong team of 1,000 people and I can proudly say we have made it to the Limca Book of Records seven times straight for being the leading multi-brand retail bookstore,

At a time when publishing houses are finding it difficult to sustain themselves, what has been Sapna's mantra for survival over the years?

"Diversification of the business at the right time,” says 25-year-old Nijesh. “A popular US publisher Barns and Nobles incurred huge losses after they refused to diversify and cater to popular demand. Only recently, they reinvented themselves and are being accepted back into the market. The moral of the story is, you have to keep up with the modern times and adapt yourself to the changing market demands or else perish," says the young CEO.

Nijesh is a Post Graduate in Finance from St Joseph’s College of Business Administration, Bengaluru. In little more than 18 months of overseeing operations, this young and passionate entrepreneur who started Sapna Infoway from a small room at the age of 22 has spearheaded the company into a one million dollar venture.

Now Sapna Group is into retail, publishing, technology, distribution and even e-commerce. They got into publishing way back in the 1980s and have to their credit over 5,000 titles with an average of 1.5 books published in a single day.

It was in the year 2012 that they gave themselves the e-commerce push and there has been no looking back since then. "It is convenience that people look for and if they get what they want at the click of a mouse, they would certainly opt for it," says Nijesh.

Sapna's online presence, sapnaonline.com has eight million unique users. As on December 2014, the group's online revenue touched the Rs 6.5-7 crore mark. What is even more encouraging is the fact that they are witnessing a 20% growth in the online sector year-on-year. Daily, they cater to 1,800-2,000 orders. The record order has been 4,300 on one single day.

The physical outlets contribute handsomely too. The footfall is anywhere between 3-3.5 lakh visitors daily at all the offline city outlets put together. Here also, the growth is a decent 25-30%.

A successful business model, Sapna is entirely funded on its own. The education sector is a huge business generator for Sapna.

"We saw education as a very big sector and have truly reaped the benefits of investing majorly into it. We supply to schools and colleges to cover 10,800 institutes. Books are exported to Ghana's capital city Accra, where we have set up an office. Through that office, we reach out to the four big universities there and also curate content for a year-old DPS set up there," points out Nijesh.

It was in December 2014 that SapnaOnline.com, the digital arm of the group Sapna Book House, acquired Ishita Technologies Private Limited and its three brands - Bookadda.com, Acadzone.com and Koolskool.com.

Needless to say, the focus was again clear -- to concentrate afresh on the education sector.

Become an author in 7 days flat

Self-publishing has become a huge craze, says Nijesh. They introduced the concept of graduating from a writer to an author four months ago and since then, 22 authors have their own books. While at Sapna Ink there is no editorial team which looks thoroughly into the content unlike Sapna Publishing, the former puts in place a disclaimer to say that the contents are the writer's own.

"We assist writers in their dream of becoming authors," says Nijesh, adding the basic content has to be non-controversial.

The cost attached to it? It could be anywhere between Rs 10,000 to Rs 1 lakh depending on the package the individual opts for, without or with the book marketing component built into it.

One such author is a 12-year-old for whom we published 200 copies of her bed-time story book. It was a very satisfying endeavour to get her book published,

Surprising as it may sound books in the top eight vernacular languages generate huge revenue for the group, particularly from the Tier II and Tier III cities. In random order, the vernacular languages of Hindi, Bengali, Kannada, Tamil, Marathi, Telugu, Urdu and Gujarati are top gross-earners for Sapna.

"The popularity of Kannada books is immense. It is to Kannadigas settled in Brazil where we sell much of our Kannada books. Sometime in September 2014, we sold as many as 3,800 copies of S L Byrappa's Kannada fiction 'Yaana' the very day it was launched," says Nijesh.

The future of the Indian publishing industry

The Indian publishing industry is estimated to have a market size of a high $ 40 billion, of which 3 to 3.5 percent alone is the market share of e-books. The growth rate is steady at 70-80 percent, and the infusion of technology is ensuring that the sale figures never dip.

Given this scenario, Sapna Book House surely looks good to soar further up and grab a bigger slice of the market soon.

The story of B P Baliga, the aviation pioneer, who spent over 50 years at Air India and Jet Airways

What it takes to survive over 100 years in business? Like Tiger Balm