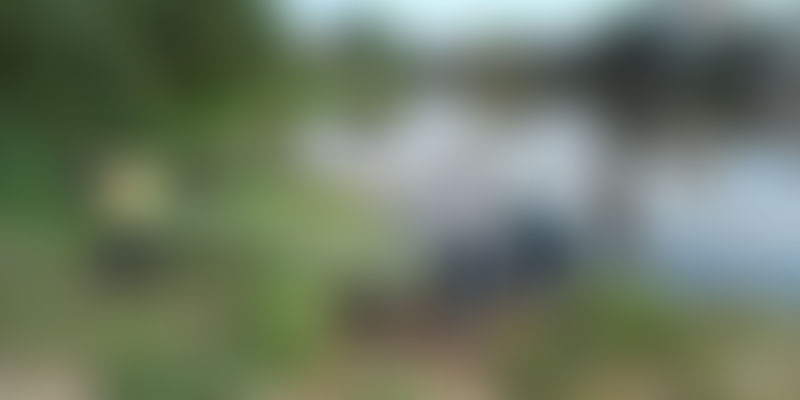 Mahek Mahendra Shah, 29, is an IIT Madras graduate and an MBA from Politecnico Di Milano.

What makes him different from the rest of us is the young man’s zeal to make our neighbourhoods cleaner. While all of us tchtch about the filth by the roadsides, heaps of garbage or turn our noses up to avoid the stench, and then forget all about it as soon as we move away from these eyesores, Shah decided to get these areas cleaned!

Shah developed a platform, the Swachh Bharat - Clean India App, a mobile governance solution, where users can report dirty places with a tweet and a picture which is then sent to the PMO.

Released on September 28, 2014, heconceived the app all by himself, and executed it with support from many well-wishers. Shahpumped in his personal savings to provide a platform where people could share the problems which they, as AamAadmi, face.

But why tweet to the PMO?Aren’t filth management and garbage disposal local issues, after all?

“Completely,” says he. “But to understand any problem, one should first document it in detail. Sending a tweet and a picture to the PMO helps because in India, things still work top-down faster. Working upon that, I also felt that any municipality which goes for fixing dirty spots after seeing a picture of the area will be better prepared than working on a text-based complaint.”

The app can be downloaded over the Google Play Store. It has a simple user interface due to which anyone who can handle a smartphone should find it easy to be able to use the app to voice his concern. First-time users are asked to login with their Twitter account. After that, they can go on to make any number of reports via a three step process -- select, click, and tweet.

Users need to switch on their GPS services. They can then choose the dirty area they wish to report and click a picture of it while specifying whether the picture is about a parking lot, hospital, road, bus, train, ground, traffic signal, market, court, bank, theatre, jail, office, or airport, etc. Finally, they need to tweet about it.

Uploading pictures of the dirty areas is mandatory since a picture, as goes the cliché, speaks a thousand words. Mapping with tags, he says, was added to make it easy to visualise the scale of this problem.

“Mapping is the first step in documenting the problem and understanding the scale at which we need to work to achieve 2019 Swachh Bharat. The timestamp and GPS makes it easier for the municipalities to locate the areas precisely later.”

The tweets about dirty areas are then curated monthly and sent to the PMO office via post as well. Asked to explain the rationale behind choosing to send tweets to the PMO, Shah explains, “Because @PMOIndia is active, chances are they will see what has been tweeted by mentioning them.”

Twitter, he says was a deliberate choice. Despite being aware of the fact that Facebook has a distinct edge over the micro blogging site in terms of both popularity and user involvement, Shah preferred Twitter.

“Twitter is short and direct to the point. I knew that with the Twitter option, users will have fixed format to complain within 140 characters. We wanted to limit the users’ feedback and let the picture of the dirty area speak for itself. Had we had the Facebook login option, people would have gone on to write essays. With Twitter, our team is not overloaded while checking for authenticity of pictures and location.”

“On getting a tweet, we verify the picture and time stamp. The genuine reports are then added to global maps on the website.”

Shah’s hometown,Hyderabad, is a city where the app has helped transform several ugly spots into ‘tolerable’ places. Though the app has more than 5,000 downloads, it has been instrumental in getting only 10-15 places ‘fixed’.

But then, how many of us are able to transform even one dirty place all by ourselves?

Hyderabad and Bangalore being among the most tech savvy municipalities are quick to pick up tweets and take action on them. Municipalities of other towns and cities while realizing and appreciating how being active on Twitter is heralding the beginning of a silent revolution in the cities of Hyderabad and Bangalore have shown reluctance in becoming active over the social site themselves.

Having travelled to more than 15 countries, Shah is still not complaining about how these local bodies work. They are among the best in the world, he insists, while pointing out how they manage to deliver every single day inspite of the severe paucity of funds at their disposal. They need to be modernised, upgraded and streamlined before we start blaming them for all the filth around us.

The one-man crusade working for cleaner neighbourhoods, while in a telephonic conversation with me, wants to drive home the fact that the present generation is much more aggressive than their predecessors in fixing the problems they are confronted with.

The app getting downloaded and shared on its own solely relying on word of mouth publicity bears ample testimony to that!

The Prime Minister’s Swachh Bharat Initiative having acted as a spark, the Google Play Store now has several other apps aimed at making the neighbourhoods cleaner. Among them are I Clean India by Social Cops and My Clean India by Mobile Seva, both of which are similar to the one mentioned above.

Before the apps and smartphones became all the rage, a quiet anonymous group called “The Ugly Indian’ has been doing laudable work in the same direction since 2010. They have fixed up numerous dirty spots around the city of Bengaluru and comprise mainly professionals in the 25-40 age group. The Facebook page of this group which announces: “The Ugly Indian is an idea. An attitude that accepts that all of us are ugly Indians, and only we can save us from ourselves. Motto: Kaam Chalu Mooh Bandh!” now has more than 300,000 likes.