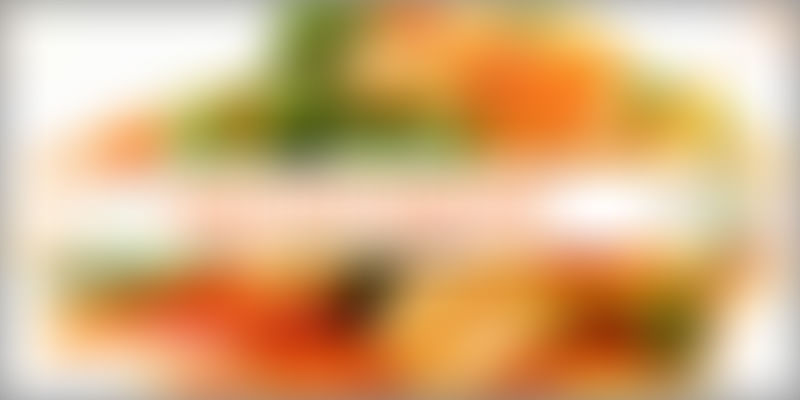 Even if you aren’t a hardcore foodie, you can’t but help notice that India’s foodtech startup sector is as hot as Indian food itself. See YourStory’s earlier profiles of foodtech startups and analysis of investor perceptions of this sector.

HeadStart recently featured a range of food and beverage industry players at Startup Saturday, hosted by IBM in Bangalore. Here are some insights from two of the speakers, Sameep of CookAss.in (to be launched this month) and Ritesh Dwivedy (who founded HungryZone in 2005, which was acquired by Just Eat in 2008 and in turn acquired by foodpanda in 2015).

“Food in India is a big deal,” said Dwivedy. The food delivery market in India is worth $1.6 billion, growing at 30 per cent a year. But less than two per cent of the orders are placed online. 430 million citizens out of India’s 1.2 billion population are between ages 10 and 29, a ripe market for e-commerce growth. The average order size is Rs. 400, and the top six cities of India account for 40% of the market.

A good way to segment the food delivery consumer is workaholic, DINK (double income no kids) and family, said Dwivedy. Many consumers are too busy or too lazy to cook. Home delivery is therefore growing fast, and faster even than going out for fine dining.

Consumers prefer ‘clean and well-packaged’ food for office orders, but don’t mind ‘messy food in plastic bags’ for home delivery. Unfortunately, most orders are placed in narrow time bands during lunch and dinner, making it difficult for the food kitchens as well as delivery players.

Getting consumer insights is key for success. “We used to stand in front of ITPL with questionnaires to better understand food needs of our customers,” recalls Dwivedy. Today, online ordering and food apps open up new methods for realtime consumer research.

“We were ahead of the game even a few years ago,” says Dwivedy. In 2006, investors would ask: “Who will order food on the phone?” Things have moved fast today, thanks to Internet and smartphone penetration and the youth demographic; entrepreneurs should keep an eye on emerging technologies to properly time new moves. “We used to deliver order messages via SMS, and there would be chaos if the messages were not received. A hungry customer is an angry customer,” cautioned Dwivedy.

“Getting the restaurant technology right was harder than cracking IIT JEE,” joked Dwivedy. What works best now is a GPRS box in the restaurant for printing orders. “Forget tablets, they just need a stone with green and red buttons,” he said. Rosy visions of ERP systems for restaurants to track supplies and cash flow do not make sense when many prefer to operate only in cash, and function in the black market.

The food ordering industry is also subject to wild price fluctuations due to volatility in fuel and agri markets. “The average menu in India has 300 items – and the prices change every 15 days,” said Dwivedy. foodpanda actively does menu updates itself, and does not leave it to the establishment to update and display prices.

Many establishments also have disregard for the delivery customers, and ‘customer delight’ may not even exist in their vocabulary. Orders are often canceled at the last minute, or items are declared as unavailable after they have been ordered and paid for.

Charging for delivery of prepared food is one kind of business model. Another model is to send trained cooks along with groceries to prepare meals in homes – which is what CookAss.in will be launching this month in Bangalore, says founder Sameep. “We charge Rs. 30 per mouth as cooking service charge,” he explained, differentiating his offering from high-end chefs.

Despite these challenges, an attitude of thoroughness, quality and creativity will help foodtech startups succeed. There are new opportunities not just in food, but in food for thought – analytics. “foodpanda has data on 30,000 restaurants – imagine what we can do with that data to target rice suppliers,” said Dwivedy.

There are also opportunities in kitchen capacity design, packaging and industry organisation for Indian food players. “Pizza accounts for only 6-8% of India’s food market – but there is no single Indian player who is even a tenth of Domino’s size,” said Dwivedy.

And once you start with servicing the home kitchen market, you can scale to the office and canteen markets, said Sameep – and expand from cooking food to marketing kitchen appliances.

Large players like IBM are exploring new opportunities by using artificial intelligence to suggest novel recipes and spice combinations for the Institute of Culinary Education (ICE), opening up new domains in fusion foods. “We are looking for new foodtech startups to partner with for the India market,” said Ajit Yohannan, Bluemix Aviator at IBM.

With new players like CookAss getting into the fray with such enthusiasm, it looks like foodtech will indeed become a badass sector in India!