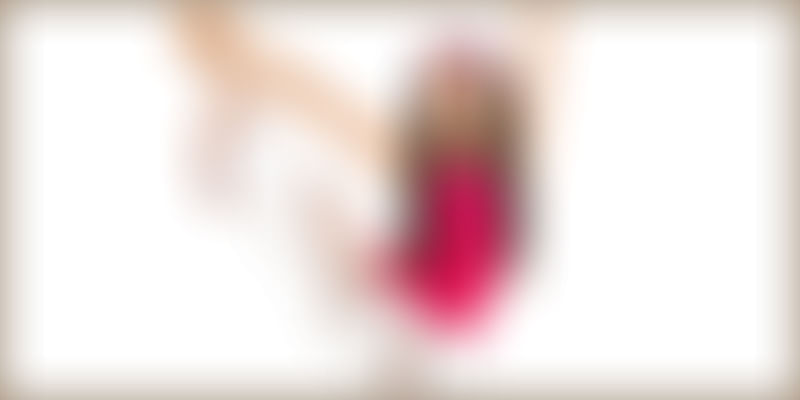 With the growing number of people practicing yoga, the apparel space, popularly known as yoga wear, too is picking up. The global market for yoga clothing and other active wear is believed to be the fastest growing segment of the apparel industry. The market for active wear is valued a little over USD 13 billion.

Riding this new wave and adding flavour and panache to yoga wear are several brands, whether it is Urban Yoga or the more recent entrant Forever Yoga.

Forever Yoga says that the market for yoga wear is dominated by women. According to the team, of the total market size, 70 per cent is dominated by women, who prefer performance clothes that are airy, comfortable, and yet stylish. Started by Amit Chand, Sivabalan, and Kshama Menon, Forever Yoga was established with the idea of creating yoga wear that doesn’t make one feel conscious while performing asanas.

Forever Yoga claims to showcase a range that is tested by yoga practitioners of high-end academies across the country. “Our product range is inspired by current fashion trends which are comfortable yet very stylish and casual. Our range is not just for yoga but also becomes a part of the lifestyle wardrobe and we call it "wear your yoga,” adds Amit Chand.

The team and the idea

The three co-founders have been working together for the past eight years. While Amit was working at Max Retail, he handled women wear and denim, and Kshama and Sivabalan were the vendors for his team.

After Amit ventured into entrepreneurship last year, he had a few discussions with Kshama and the idea of yoga wear came up. The duo then discussed the pros and cons with Sivabalan, who too was convinced and stepped in as a co-founder.

The idea was to bring knitwear and woven production under their own supervision: Kshama has a woven production facility and Sivabalan has a knit manufacturing facility along with a fabric and digital printing division. “This gives us an edge on reducing the lead time for both product development and production as we have dedicated facilities,” adds Amit.

Forever Yoga is targeting the customer age group of 21 to 40 years both in India and across the globe. “This constitutes up to 50 per cent of the entire womenswear market, while we are producing menswear as well. However, initially we will be focussing on the women’s segment,” says Amit. Their range of products is made for smaller to plus sizes.

Currently, Forever Yoga is using digital and social media marketing as a tool to capture sales.

Forever Yoga feels that they are different from other brands as their apparel designs are based on loose silhouettes. “We want our consumers to feel confident when they perform asanas and not be conscious about their bodies or about skin show,” says Amit. They say they are not focused on sportswear but only on comfort yoga wear.

One of the biggest challenges the team faces is getting the fabric developed in India through their R&D centre. Amit says: “We are looking to make this brand truly ‘Made in India.’ We are working hard to produce specialised fabrics in India in different qualities, which will help us further in saving the lead time and bring about a quicker turnaround time. Going further we want the fabric, trims and accessories which we use in our products to be ‘Made in India’ only.”

Currently, Forever Yoga is based out of Bengaluru and is selling through an e-commerce channel, launched late last month. To test waters they had conducted exhibitions in Bengaluru and Mumbai. Amit says: “We sold close to 200 pieces per day through our participation in the exhibitions that were organised in each city. After that we started building our e-commerce platform. It’s very early to say what traction we have as we are about to market it by this week.”

The team is working on expanding their range. Apart from their e-commerce segment they are planning to sell their merchandise through MBO’s across India. “We will be focusing on collaborating with yoga academies for B2B and B2C sales to promote our brand. We have tied up with a few already and will be reaching out to others soon,” concludes Amit.

However, as the market for yoga practitioners is increasingly growing, the space of yoga wear and clothing is getting more popular. Individuals look at yoga as any other fitness session, brands therefore, not only compete with other yoga wear brands, but also sporting brands and retailers.

Internationally, the market for yoga wear is well-defined and has several players like Prana and Yogasmoga. In India, brands have to compete with smaller players like Do u speak Green and Isha Shoppe to bigger brands like Urban Yoga.

The segment has several players entering the market. Apart from these, the bigger yoga centres have their own in-house brands and stores. After a class, a student simply walks into the in-house store and pick what they want.

Launched in 2005, by Indus Leagure of Future Lifestyle Group, Urban Yoga is one of the biggest brands in the Indian yoga wear segment. Research findings state that the yoga wear market is close to USD 27 billion dollars in the US alone. If global trends are to be taken into consideration, Yogawear is fast replacing everyday casual clothing.