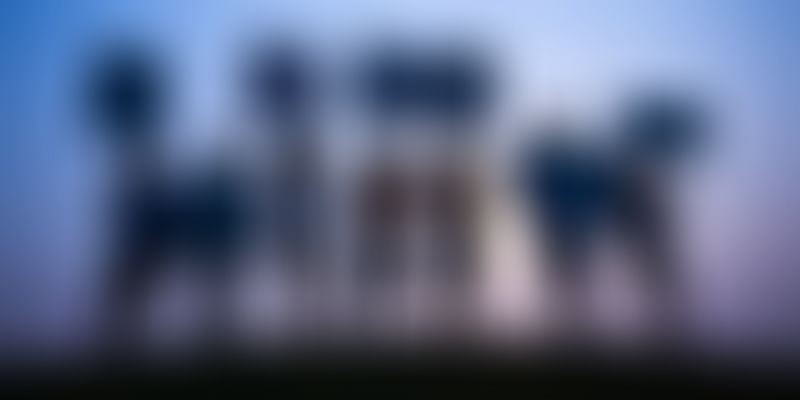 Greenpeace India has accused the government of using “unfounded” allegations in an attempt to “silence” it as the NGO submitted a comprehensive rebuttal to the Home Ministry’s show-cause and demanded immediate unblocking of its domestic bank accounts.

According to PTI, in its 26-page rebuttal on allegations involving its internal finances and its compliance with the Foreign Contributions Regulation Act (FCRA), the NGO said that the show-cause notice was “riddled” with clerical errors and baseless allegations.

It further accused the Home Ministry of “leaking misinformation” to the media instead of abiding by the principles of natural justice and also charged that it had failed to respond to its own requests for documents.

The rebuttal, which was delivered in person by an official delegation from Greenpeace India, comes after the NGO recently said it was staring at an “imminent” shutdown within a month in the absence of funds for payment of staff salaries.

“We are confident that this response establishes our legitimacy beyond any doubt. We have addressed every allegation made against us and responded in a transparent and honest way throughout. In contrast, the MHA has used unfounded allegations and arbitrary penalties in a blatant attempt to silence us. We remain proud of our campaigns for clean air, water and affordable energy, and refuse to be intimidated by such dirty tricks,” said Samit Aich, executive director, Greenpeace India.

Elaborating on some key “weaknesses” in Home Ministry’s case and replying to claims that it had made incorrect statements about foreign contributions, the NGO said that the difference between the Greenpeace and MHA figures is just 0.64 per cent of its entire foreign funding over six years. “The FCRA only targets ‘knowing errors’. There is clearly no reason for Greenpeace India to either overstate or understate such a small amount knowingly or intentionally,” it said. .

“No notice was given to Greenpeace India about this until April 9. By blocking access to these funds and failing to provide reasons for doing so, the MHA has shown flagrant disregard for natural justice and due process. Greenpeace India is now considering appropriate legal action,” it said.

The government has barred Greenpeace India from receiving foreign funds by suspending its licence for six months and freezing all its accounts after alleging that it has “prejudicially” affected the country’s interests.

Greenpeace India noted that a “central” claim is that Greenpeace transferred money from its foreign account to its domestic accounts in violation of the FCRA. In its rebuttal, the NGO said that in order to keep the accounts absolutely clean, the transfers are first made out of the Indian funds and, if any of the expenses incurred can be charged to the foreign accounts, a reimbursement is then made into the Indian accounts.

“This is in no way a violation of the FCRA. One of the more bizarre accusations relates to the physical location of the Greenpeace India office, which the MHA claims has moved. The address of Greenpeace’s headquarters in Bangalore is listed clearly on the website and many Indian organisations are registered in a different location to their HQ,” it said.

The NGO said that while MHA claims that it spent over 50 per cent of its foreign contribution on administrative expenses, its own figures show that this figure was less than 15 per cent. It also termed “absurd” the MHA’s claims that research and campaign jobs fall in the administrative category. Admitting that it had made a “clerical” error in not including a figure of Rs 6,60,31,783 as the opening balance of foreign contribution in 2007-08, the statement said that the Home Ministry has claimed that was “untenable” and used it as a reason to freeze their accounts.

“However, the truth is that Greenpeace did report this amount to the FCRA in its online submission for the same period – which is on the MHA’s website – and also included this figure in the closing balances of the reports. This evidence demonstrates that Greenpeace did not intend to hide anything,” it said.

In an open letter, they demanded urgent revocation of punitive actions against the NGOs saying grounds of such measures were “vague, subjective or flimsy” and sought dialogue between the NGO sector and government to address the issues. The letter has been signed by over 170 organisations from across the country.

In the letter, the groups demanded complete clarity and transparency on various provisions and processes ensure uniform application of laws to all NGOs, trusts, foundations, and societies.

“Funds are being frozen, intelligence reports are being selectively released to paint NGOs in poor light, disbursal of funds are being subjected to case-by-case clearance, and their activities are reportedly being placed on ‘watch lists’.

In a crackdown on NGOs allegedly receiving illegal foreign funds, the government last month had cancelled licences of nearly 9,000 such entities for violation of FCRA.

“As a result several NGO projects have shut down, donors are unable to support work, and there is an overall atmosphere of State coercion and intimidation in India’s civil society space,” they said.

The civil society groups have asked the Government to amend rules and regulations under the FCRA and removal of provisions that are amenable to “subjective interpretations” besides seeking a mechanisms for grievance redressal.

“Put an end to coercive actions against NGOs and donors, without reasonable cause or due process, or seek to cripple the ability of these organisations to carry on their legitimate and sanctioned work,” they said in the letter which was released at a press briefing.

The US-based Ford Foundation has also been put on the ‘watch list’ by the Home Ministry, which directed that funds coming from the international donor should not be released by any bank to any Indian NGO without mandatory permission from it. The government had also barred Greenpeace India from receiving foreign funds with immediate effect.