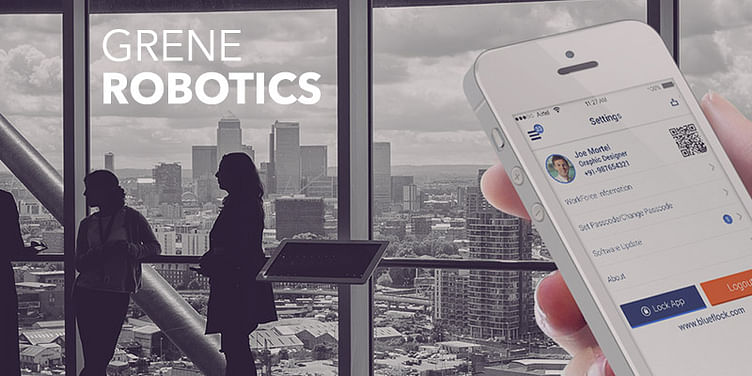 Machine to Machine or more popularly known as M2M is increasingly becoming an integral part of businesses and IoT (Internet of things), bringing various aspects of businesses together. Many believe that M2M is the next phase of the internet, where everything will be connected by the web, whether it is machines or people. While globally the M2M market has been around for over a decade, in India, companies started with M2M only around 2010.

There are Vodafone’s M2M services and Digi International’s M2M solutions to name a few. Among this crop is Grene Robotics, which aims to build seamless communication between machines to people and machines to machine. They believe that the M2M market has been fragmented by divergent custom applications, thus making it difficult for seamless productive communication. Grene Robotics claims to bridge this gap with a collaborative app that allows one to connect, collaborate and close on their tasks faster and more efficiently.

According to Machina Research, the global M2M revenue is poised to increase from 91 billion Euros to 714 billion Euros in 2020, thus figuring a compound annual growth of over 22.9 per cent.

Grene Robotics was founded in 2007 by Kiran Raju, who first began a housing project. “And half way through the project, the idea of Grene Robotics was born,” adds Kiran. The idea was to drive real-time intelligence and create a single platform for all communication and collaboration requisites.

Kiran says: “Our primary objective is to assist organizations to effectively use their existing resources at the highest levels of productivity, thereby reducing their operating costs and lowering their carbon footprints. We build solutions that enable ‘machines, things, processes and people’ to have dialogues and collaborate in real time to solve in-context situations.”

Believing that the even every day gadgets and devices need to be connected, Grene Robotics took this idea forward with a home automation project with the Palm Meadows community in Hyderabad. They were assigned 50 premium villas for automation.

Through their solutions, Grene Robotics enabled centralised security system, visitor management system, utility data management and all other basic home functions like keyless entry, lighting and air conditioning control. Additionally, they claim that they developed turn-key solutions in the Home Automation vertical. This was something that was never achieved by any of the integrators and it was a milestone of success in our early days.

The M2M market is still in its nascent stage with mammoth opportunities for companies to flourish. Kiran Raju claims that as per an estimate by IDC, the proliferation of connected devices will create a USD 8.9 trillion market for global businesses by 2020. The total M2M market is expected to reach $85.96 billion by 2017 at a CAGR of 26.1% from 2012 to 2017 (according to a report by Markets and Markets).

They believe that the M2M application market in India is witnessing a shift towards wireless based communication systems vis-à-vis wired systems of the past. They also believe that the M2M revenue will be driven by opportunities in making buildings and cities intelligent, and utilities smarter. “Looking at the gamut of prospects, we are motivated to establish ourselves as a leader in the space,” adds Kiran

Collaboration of tasks and data

In order to reach closer to their primary objective of a single platform for all communication and collaboration requisites, Grene Robotics introduced BlueFlock. This is a collaboration app that allows an individual to connect, collaborate and close tasks faster. With BlueFlock, Grene Robotics claims to bring the world of human cognitive intuition and absoluteness into one task collaboration platform.

With organizations across sectors looking for data analysis and task collaboration, Grene Robotics believes that BlueFlock will play a key role in this transformation, by enabling organizations from being just software enabled to software driven businesses.

Currently, the beta version of the BlueFlock app has been launched and the traction generated so far has been impressive. “We are now planning an extensive marketing exercise to popularise the use of the free app and its cloud enterprise versions. We are hoping to touch a user base of two lakh BlueFlock users by the end of March 2016. This user base will be a mix of free app users and the paid enterprise users, with 80% being free app users and 20% being paid users.”