The new age of creation in the indie economy 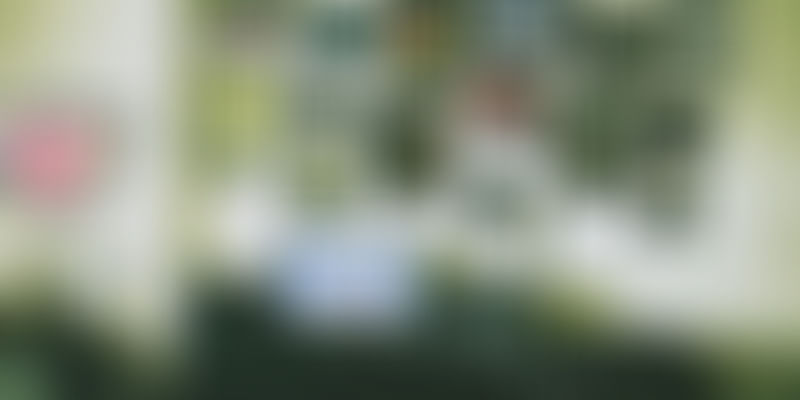 A few months back, I was photographing Darshan Lodaya, an electronic music producer for my project ‘One Life, One Passion’ and I was intrigued by the way he makes his music. He creates all his music in his home studio, albeit the process of creating music is hardly confined to his room.

Darshan collaborates with several talented artists across the globe through the internet. He had guitarists and trumpeters from Egypt, Croatia, the US and the UK composing a part of his music on a few projects, talented rappers from Mumbai providing vocals for a song and a classical Carnatic violinist playing a piece in another. Darshan exemplifies an upcoming breed of new age artists who are fostering an indie-based culture of creation.

Take the example of Samir Karnik. He is an environmentalist who creates hand-made eco-friendly guitars from alternate wood species like mango, babul, neem etc. His vision is to start a social enterprise that will produce guitars at a large scale through community-based workshops in rural areas. His idea of localization of materials and production while simultaneously effecting social good is a hallmark of the new age indie economy.

What is indie economy?

For several decades, big production houses, curators, studios and institutions were the creators, financiers and presenters of innovation in arts, music, films and various other creative and social enterprises. They had the budgets and the resources for changing the status quo. Although the biggies still continue to do so there has been an explosive spurt in creative ideas and their implementation by individual artists, producers and entrepreneurs. Indie is an acronym for ‘independent’ and refers to all such self-motivated people.

Bruce Nussbaum, a former editor at ‘BusinessWeek’ and current professor at Parsons the New School for Design, refers to a term ‘Indie Capitalism’ which points to a ‘socially focused, not technology-focused, more designer & artist-centric than engineering-centric’ culture of entrepreneurship. The economic activity of such creative artists is giving rise to the indie economy.

Features of the indie economy

The current service economy has distinct roles for creators, consumers, financiers and producers. Each contributes with specific expertise to the creative entrepreneurial process. However, the indie economy is disrupting these traditional roles. The omnipresent equalizing power of the internet is at the heart of this economy. Crowdsourcing & crowdfunding platforms have radically altered the landscape of how things are created. A large number of individuals across the globe contribute ideas, inputs, designs and funds to creative projects and see them coming to life. They also become the initial consumers of the products & services arising out of these projects. Low-cost creative services marketplaces have taken the service industry by a storm. Talented designers, digital marketers, content writers and other creative artists offer their services at highly affordable costs to the indie entrepreneurs thus making their projects economically viable.

Indie economy doesn’t run on the mercantile or transactional approach of the traditional services and product industry. The focus is on aspects of higher utility, sustainability of the process of creation, reusing or repurposing stuff. Entrepreneurs producing hand-made products add significant artistic value than mass produced goods that compete on price.

Sometime back I had the opportunity of photographing Arushi Aggarwal, a designer of hand-crafted home products with an aim of providing employment to women from lower social strata through her social enterprise ‘The Initiative’. She represents the indie entrepreneur of today who believes in bringing value to consumers through user-friendly and innovative designs than providing the cheapest products.

What’s innate in the process of value creation more often than not is the focus of the indie entrepreneur on creating demand for unconventional and ingenious products or services where none exists. Like Jay & Jothsna Rege of Paaduks; their hand-made, eco-friendly footwear offer a unique alternative to consumers over conventional factory produced shoes.

Indie entrepreneurs, be it in creative fields like art, music, visual media or social space, are motivated to alter the status quo by introducing a fresh perspective. Creativity and innovation are cornerstones to the Indie economy. Hundreds and thousands of young people teeming with creative ideas and with a fire in their bellies to do it on their own form the new age change agents of this economy. Each entrepreneurial journey is a story about passion and fearlessness towards failure. Megha Gupta is a case in point. An urbanologist, she founded Dharavimarket.com, a social e-commerce website for artisans from Dharavi. Her portal goes beyond pure e-commerce and aims at generating awareness towards issues of livelihood, housing and access to basic amenities for the craftsmen of Dharavi.

Internet is the biggest enabler of indie economy. While technology does form the backbone, indie economy has a greater socio-cultural context to it. Open, participative, and democratic chiefly describe the attributes of its creation process. Following are its enablers:

Crowdfunding platforms like Kickstarter and Indiegogo have revolutionized financing of projects and entrepreneurial ideas. They are instrumental in making us investors, co-creators, patrons and consumers at the same time.

Incubators and accelerators like UnLtd India and Dasra, to name a few, are happy to fund social entrepreneurs with bright ideas.

I think the indie economy, though still in infancy, at least in India, is the way to future economic and creative life. It inspires people to be courageous to follow their dreams, no matter how small, because ultimately a thousand shoots emerging from the ground create an orchard.