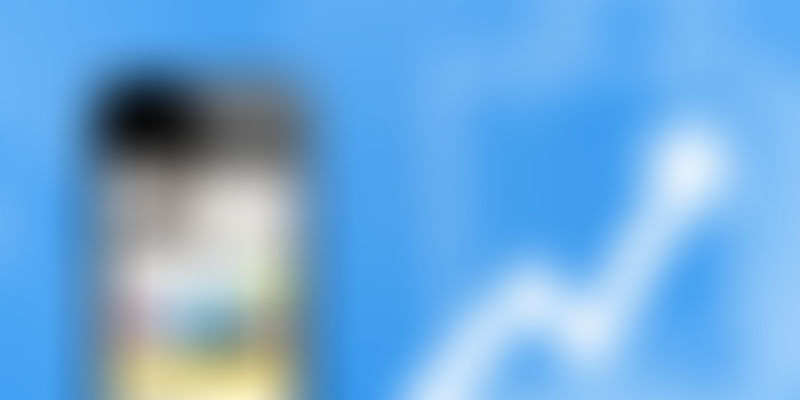 Earlier this month India's largest online fashion retailer Myntra shut down its website and switched to an app-only channel. If a customer wants to buy something from Myntra, she has to perforce install the app on her mobile phone. Want to buy it on your desktop? Tough luck...

Quite predictably, the Indian vox populi exploded with untrammeled outrage and brought out the picks and shovels to tar the Myntra mobile app page on the Play Store with one-star ratings.

Competitors like Jabong and Snapdeal issued humble-brag press statements on why they are not going to follow suit and instead continue to offer the choice of a desktop site to customers.

Finally, the experts opined that this was a premature move and that Myntra is unnecessarily killing the goose that laid the first golden egg.

The Flipkart-Myntra folks themselves were largely silent - saying nothing beyond a few politically correct albeit somewhat grandiose proclamations about how India is moving from a mobile-first country to a mobile-only one.

This post is my 2p attempt to read between the lines and try to make sense of this move.

“The March to Mobile”?

One of the oft-repeated reasons for Myntra moving to an app-only model is its claim that 90% of traffic and 70% of sales is already coming from the mobile app and so in a way, Myntra is following the market.

The only problem with this argument, as any amateur statistician can readily testify, is that percentages is not a zero-sum game. Traffic from the mobile app might have grown from nearly zero to 70% in the space of one year but that doesn’t necessarily mean that desktop traffic has declined. So while mobile traffic might be growing at a great clip, it is quite possible that desktop traffic has also remained stable and while it might not necessarily growing at the same rate, it might nevertheless be increasing.

While we have no way to know what the absolute growth numbers are for Myntra, it is not difficult to envisage a scenario where mobile traffic is unlocking new time online for users rather than folks shifting out from desktops. This is anecdotally true with a lot of users surfing the web on their mobile while they are in transit or after work hours but more pointedly, a recent comScore report highlighted how this is certainly true in the US where mobile’s share of traffic is growing but the overall pie is growing too with mobile use adding to desktop use, not subtracting from it.

The jury is still out on that but the fact that e-com companies are routinely offering users an incentive to shop via the mobile app rather than the desktop through app-only offers and additional discounts can lead one to believe that the shift to mobile is not as exogenous as the companies would like us to believe – the e-com companies are actively shaping the demographics and skewing it towards mobiles. Therefore, there is a good chance that this shift is not altogether an organic one driven by customer demand but one that is engineered by the vendors to fit their preferred narratives.

Greater Personalization - “Your Choice. Your Taste. Your Style”?

The other major reason that Myntra has proffered to explain the move is the potential for the mobile device to offer a more personalized experience for the shopper.

It is undoubtedly true that a mobile is a far more personal device than a desktop and ergo, it knows a lot more about you than your desktop. Everything from your location to your social circle to your waking and other habits & preferences.

So as it turns out, the Myntra mobile experience is not radically different from that of their desktop and in most cases, the experience is actually inferior for facets like search and comparison.

While there is definitely a case for the use of notifications to drive sales - especially for an impulse category like fashion good, it is difficult to believe that this alone is enough to drive the decision to make the shift to move-only.

There are of course a number of additional features and scenarios where a mobile app can provide an enhanced experience to the customer. For instance, Myntra can leverage the camera and sensors to actually help the user figure out how a dress or accessory would look on her – shoot a selfie with the camera and sit back and watch the dress appear on you (this could also be a real-time video). Also, Myntra could have leveraged the communication capabilities of the mobile to provide a one-click stylist concierge feature where you could have a video-chat with a styling expert who can help with you with a purchase decision.

But the fact is that Myntra didn’t have a single feature like this. If they had just one feature that was unique to the mobile experience, it could have helped them make the shift a lot smoother rather than become the piñata everyone is lining up to beat with their sticks for ditching the desktop version.

I am not even going to consider the point about costs - that maintaining two different versions for the mobile and desktop would mean additional costs for Myntra. For a company as well-funded as Flipkart/Myntra, these imputed costs would be a rounding error at best.

Given all of this, why did Myntra make the move to go app-only?

I am going to go out on a limb here and say that Myntra’s move to mobile-only has little to do with mobile itself!

Rather, it is a ballsy strategic gambit that Flipkart is embarking on – one that could potentially change the dimensions of Indian e-commerce itself.

Let’s take a step back and see the state of Indian e-commerce today.

The e-com companies in India are currently locked in a “Nash equilibrium” of sorts. Everyone competing on the same dimensions and striving towards the same things - cheaper price, larger discounts and louder marketing spends. There is little to differentiate one company's offering from another's and pretty much every parameter is now seen as table stakes and each player not only knows the strategies of the other players, they have nothing to gain by changing only their own strategy.

The problem with this model is that it cannot be in this state forever - already, ennui is creeping in among buyers towards discounts and sales.

Despite this, for all the e-com companies, trying to shake things up by attempting to do something new is too risky.

For all e-com companies except one. Flipkart.

Why so? Not because they are bigger than the others in terms of scale or funding but because they have one strategic option that no one else has. The Myntra advantage!

Myntra offers Flipkart a unique competitive advantage that none of their peers can match strategically - the option to have a one-two play and attempt two drastically different plans and goals at the same time!

Myntra is in essence a mega petri-dish for Flipkart - one that it can use to run experiments that their competitors cannot afford to not because they don't have the financial muscle (they do) but because they themselves have only one brand to play with. This is the equivalent of RCB having Gayle and ABD in the same team while the rest of the IPL teams have only one game changer in their list of foreign players.

The move to take Myntra app-only breaks the Nash equilibrium because you now have one company doing something drastically different from the others. Choosing Myntra rather than Flipkart itself to go app-only is a wise move for three reasons.

Firstly, unlike Flipkart which sells everything from toys to homes, Myntra operates only in the vertical fashion category where impulse buying is the order of the day. This implies that notifications can be fairly powerful to drive the purchase behavior and the lack of price-comparison options is not a deal breaker.

Secondly, if at all, there is a chance that an e-com company can offer something other than discounts and still earn the customer's business, there is a far greater likelihood that the company is Myntra rather than Flipkart itself because Myntra can offer things like exclusive premium brands and in-house labels that can be sold on value propositions other than the lowest price.

Thirdly, unlike Flipkart which still depends on affiliates and organic search to acquire customers, Myntra is far less dependent on these agencies - it doesn't even seem to have an affiliate program of its own. So, it is far easier to Myntra to junk the desktop site without losing too much business at the top of the funnel.

Of course, none of this guarantees that the move will work. But it is a move that only Flipkart/Myntra could have even taken and we have to recognize and applaud the management for daring to take such a step.

Despite the outrage and initial dip in sales that are being reported, from a strategic perspective, Myntra's move to app-only is a bold one and a risk that only Flipkart could have taken.

If it works, it can set the company up on a completely different trajectory from a competitive perspective.

If it doesn't work, there is still the Flipkart brand to fall back on!