The curious case of Oyo Rooms: looking at a funded startup from an end user perspective 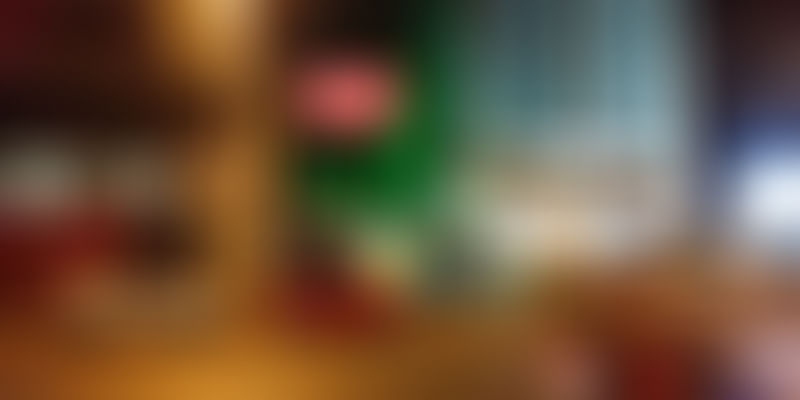 Online platforms for budget hotels in India have been in the news. Oyo Rooms is the ‘oldest startup’ in the space which was started as Oravel in 2011 by the then 18-year-old Ritesh Agarwal. After graduating from the Peter Thiel Fellowhip program, Oravel pivoted to Oyo Rooms - a chain of branded budget hotels across several cities in India. Most recently, Oyo Rooms raised a massive $25 million round from Sequoia, Lightspeed and others.

Being a startup journalist, I have followed the growth of Oyo Rooms but have never had a chance to test out the service. A year ago, a female colleague of mine had tried the service on my recommendation and the experience was far from positive. The city was Gurgaon and a rather shabby reception with some uncomfortable elements drove her away within a few minutes of stepping inside the room. Luckily, there was a friend nearby who picked her up right away. The customer care numbers didn’t work.

I let it go thinking it is a startup and it must be challenging for them to run such an operations heavy business. But in hindsight, being a startup, such laxity is the last thing you can afford. No amount of Google ads or hoardings will get them back that lost customer.

(update: Oyo Rooms stopped working with the hotel in question and more background checks were kept in place. The person confirmed that Oyo Rooms went out of its way to make amends.)

Fast forward to yesterday. May 1, 2015. I was in Pune with a friend and we needed a place to stay around Karve Road. I was almost excited about getting to try Oyo Rooms and show off to my friend how efficient startups can be. I was near Nal Stop on Karve Road and opened the Oyo Rooms website on my phone and found five hotels in Pune. And one of those was on JM Road.

“That’s it, Oyo it is then,” I said beaming. I looked at the tariff. Rs 1999 for two people is not necessarily a budget price but it was pretty reasonable considering the fact that it was in the middle of Pune. But where on JM Road? There’s no map integrated on the mobile site. I decided to book anyway and pressed the button in a hope to see if I can get through to the next page which might have the exact details.

But no luck. I asked an auto driver but of course he didn’t know 'Oyo Rooms'. I then tried Google maps and found an Oyo Rooms marked on JM Road. One can expect that much only from an early adopter. Google maps showed that I was just 11 minutes away and we hopped onto an auto, following directions.

In the meantime, I tried booking, but no luck. I also found that Oyo Rooms was present on JustDial and MakeMyTrip but it was turning out to be too much of a hassle to book, so we decided to walk into the hotel straight.

We stop near the red bubble and start looking for any signs of Oyo Rooms. None. There is a Hotel Deccan Royaale and there is a Woodland showroom. Oyo Rooms is supposed to be somewhere in the middle but there’s no road and in place of Oyo Rooms, there is Deccan Royaale’s restaurant. We walk in anyway and enter the reception thinking we’ll book this hotel since it looked pretty nice and fortunately, we hadn’t got through to booking an Oyo.

At the reception, just out of curiosity, I asked if they knew about Oyo Rooms? “Yes, the same,” said the pleasant chap. “What?” I exclaimed. “Yes, they are just a booking site. Here is our tariff card.” Different pricing. Hotel Deccan Royaale was about 15% more expensive. “Ofcourse, they don’t have VC money,” I mumbled under my breath. I asked the guy about the differential pricing and he said, “Yes, you can still book through Oyo. You’ll get the cheaper price.” I was amused and tried to book but again I couldn’t go through to the booking page. I also tried MakeMyTrip but Oyo Rooms were listed in a way I couldn’t understand and after a few minutes of futile exercises on the screen, I gave up.

My friend had already negotiated a good discount and we finally had the room. I was on Oyo’s side throughout but nothing worked. It was a broken experience.

Some questions that arise from this:

Calling oneself a ‘technology company’ might be helpful while raising funds but it is a small part of a giant puzzle, especially when you’re playing in India. There are a lot of pieces that need to be fixed and it is best to compromise scale till one hits the perfect model.

Throughout the experience, I was annoyed a zillion times by popups wanting me to download the app. I’m not going to download an app in that position. We might be in a phase transitioning to only apps but this intermediate phase has to be smooth. Too many users will get alienated otherwise. (e-commerce companies have already shut down their mobile websites)

This particular point is specifically for Oyo: If Oyo Rooms has absolutely no branding on the premise, is it only an online discovery channel? When a person is booking an Oyo Room, he or she would look for a signboard saying Oyo! This aspect has to be clearly communicated to the end user.

These kind of questions are inevitable for any startup and generally wouldn’t be subject of an article but for a company that has been funded to the tune of more than INR 125 crores and has been in existence for a good period of time, you expect that more things would have been figured out. And this can’t be an outlier since we’re talking of a hotel in the prime of Pune. If scale is getting too large to handle, it is prudent to take a pause, fix and streamline things before taking more leaps.

Update: Here is Oyo's response to the article and we heartily wish them all the very best.