With 1.5 Cr GMV on a monthly basis, grocery focused PepperTap to enter Pune and Hyderabad 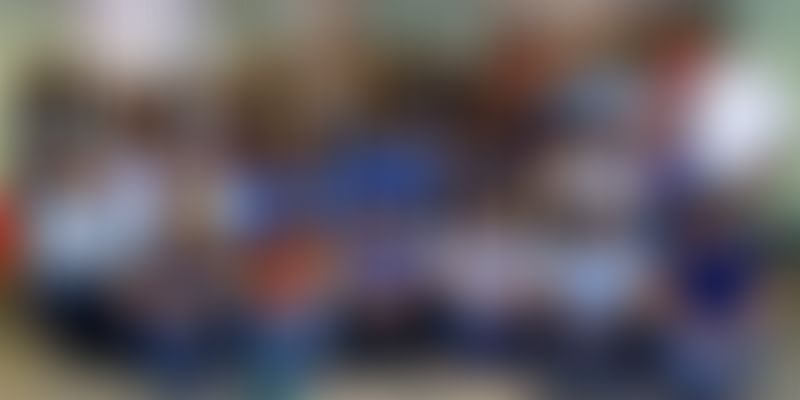 For some section of venture capital industry, sudden attention to the hyperlocal space is like the euphoria across categories like fashion and jewellery during 2011-12.

During that period we had witnessed more than 100 startups latched on to capitalise the above segments but very few survived. For such VCs, hyperlocal is going through the same phase but their mindset has not deterred entrepreneurs to place their faith in hyperlocal plays.

To witness PepperTap’s rapid growth, YourStory reached out to its founders to understand the backstory behind venture.

“We had started Nuvo Ex in Delhi but the demand from clients drove us to expand it to five other cities,” says Navneet. While running Nuvo Ex, the duo discovered a big opportunity in grocery-focused hyperlocal play and raised seed funding for PepperTap on an idea level. “We leveraged Nuvo Ex’s success while pitching PepperTap to investors. This worked in our favor, Sequoia gave us seed round and we started PepperTap on December 20th,” adds Milind.

Within five months of starting up, the company now delivers 600+ orders across Gurgaon, Dwarka (Delhi) and Greater Noida on a daily basis. While Gurgaon contributes 500 orders on a daily basis, Dwarka processes 100 orders for PepperTap. “We have just started in Greater Noida and will soon expand to other regions of NCR,” adds Navneet.

By doing the math on above the data points, PepperTap does over 1.5 crore GMV on a monthly basis. Besides NCR, the Gurgaon-based startup plans to launch in Pune by the end of this month and Hyderabad next month.

Over the past few months, we have witnessed an appetite of biggies like Amazon and Paytm’s growing interest in hyperlocal categories like grocery but the duo didn’t see them as a competitor. “Big players have bigger battles to fight and their presence in the hyperlocal space is merely a side project. On the other hand, hyperlocal is our bread and butter and we understand this space better than them,” emphasizes Navneet.

Gurgaon has been the hotbed for hyperlocal startups. Besides PepperTap, Grofers and Quickli (business-focused delivery) are the other players, however, Peppertap is unfazed by them also. “Grofers has a horizontal approach towards hyperlocal deliveries (it delivers grocery, bakery products, electronic accessories, and flowers etc.) while we have a niche approach towards grocery and fruits,” states Milind.

“The margin for error is very less in building delivery networks for hyperlocal needs,” points out Milind. Bringing the entire catalogue of retailers in our system is challenging as they aren’t tech savvy. “We have developed a merchant-focused app to bring efficiency but still it takes a lot to make them aware about functionalities of app etc.,” adds Milind.

Delivery enablement is a manpower intensive game and startups find it difficult to manage large number of employees. “Our previous startup and stint at Delhivery taught us how to handle employees across functions,” says Navneet.

On the lines of Grofers, PepperTap also doesn’t want to get into the food delivery space. “Food delivery works on a very short notice (30 mins deadline) and we aren’t geared to deliver at such a fast pace. Also we want to keep all our focus on grocery,” states Navneet.

The company had raised two rounds of funding from Sequoia and SAIF Partners.

Hyperlocal ventures have raised more than $60 million from various venture capitalists. Gurgaon-based Grofers snapped up $45 million (in two rounds) while Bengaluru-based Zopnow had already raised a round of funding this month and is in advanced talks to raise another round soon.

“Currently, we have enough cash but as we expand to major cities this year, we may need a round for quick presence in bigger cities,” concludes Navneet.

Hyperlocal delivery market is utterly hot for entrepreneurs and equally for investors. Major share of our wallet goes towards purchasing hyperlocal needs like grocery, fruits and vegetables and this make us believe the huge potential in this segment. PepperTap has a different approach from inventory-led players like Bigbasket and Localbanya.

Like product based e-commerce, inventory-led players in the grocery segment seem to be risky. Zopnow has been moving gradually from inventory led model to marketplace one. Undoubtedly, hyperlocal delivery space is having a ball in the Indian startup ecosystem and it would be interesting to see which model (inventory led or marketplace model) wins in the long run.