Rukmini Rao from Hyderabad bats for women’s rights, fiercely guards her own independence 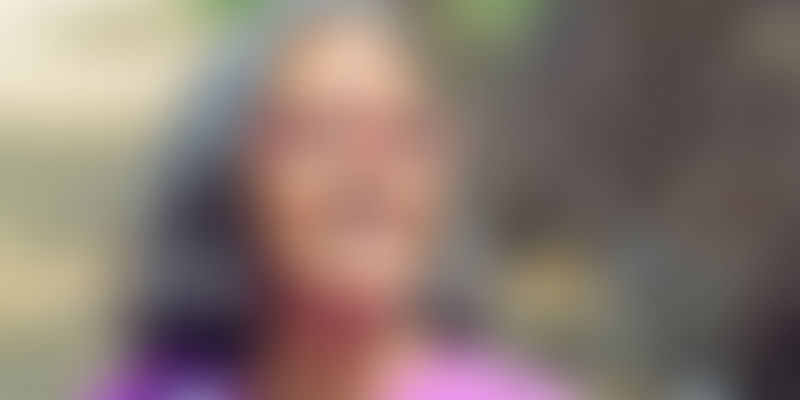 “I had a very happy childhood. I grew up in a household of women. I lived with my great grandmother, grandmother, mother and an aunt and am used to women running the household” says V Rukmini Rao, social and rural development activist who won the Readers’ Choice award at the recently held Femina Awards in the Social Impact category.

Hailing from Hyderabad, Rukmini recalls there was no discrimination between her and her two brothers and her great grandmother too showed the boys no favour. “When we went for holidays, she would give each of us equal amounts of money to buy what we wanted,” says Rukmini. She lost her father at the tender age of two but her mother made up for this loss with her extra care, she fondly recollects. So Rukmini went to the best school in town. Her mother was the one who suggested that Rukmini should opt for higher education. She was keen on ensuring that the daughter has options in life.

When Rukmini was young, she wanted to teach. She completed Masters in Psychology from the Osmania University Arts College and started teaching at St Francis College for Women in Hyderabad. She then left for Delhi for her higher studies.

It was the year 1974. Rukmini then pursued her BA, Masters and PhD in Psychology. She began her career at the National Labour Institute and Public Enterprise Centre for Continuing Education in Delhi between mid 1970 to mid 1980s.

Then life took a U-turn. Dowry deaths were emerging as a serious problem and Rukmini as a young person, would join in demonstrations against this ill in society. They would demand an inquiry into such cases which were deemed to be accidental deaths in the kitchen. After a few incidents it became clear that there is a need to be pro-active and prevent the violence. “A group of us decided to set up Saheli Resource Centre for women in 1981,” she says.

Rukmini moved back to Hyderabad in 1989 because she felt the need to work with rural women. Changes in the law had started helping middle class women who could access the law by paying lawyers but there was an imminent need to attend to the welfare of the rural women, whose status continued to be dismal.

“I wanted to link with rural development efforts to improve the situation of women. I returned to Hyderabad because it is my home and I felt I could work in a familiar cultural setting effectively,” says Rukmini.

She then worked with the Deccan Development Society for many years to promote the rights of women farmers. Within the organization, her role was to develop women’s leadership. She ran a series of workshops where women became aware of their gender status and gained confidence to deal with their families as well as government officials. Rukmini is now Director and Member of the Board at the Society.

Rukmini started working with Gramya Resource Centre for Women in 1997 when there was a call for help to prevent sale of a pair of twin girls. She along with her friend P Jamuna set up the organization to support NGOs to understand gender issues and make relevant development interventions. They first started work in Chandampet Mandal, an administrative unit akin to a Block.

In erstwhile Andhra Pradesh, they started by providing education in 12 remote villages and slowly built up a network of women’s groups. As many as 800 women were mobilized to improve their livelihoods and to rethink their attitudes towards girls. Over a period of several years, they found out that apart from female infanticide, an extensive network of trafficking of girl children was rampant too via international adoption. Working in a campaign mode, the group was successful in closing down many illegal adoption centres.

“We need a thinking middle class that will understand the need to support causes on a larger scale,” says this soft-spoken lady.

Rukmini Rao has had prestigious fellowships in India, Australia, Europe and China. She has participated in many international conferences, seminars and workshops on women’s issues and development. She has also lectured on development education in countries like Europe, Australia and India.

Rukmini’s role model is a poor woman from Nizammuddin basti, Kamla. She is a domestic worker with four children and an alcoholic husband. “Despite this, she was an active member of Saheli and gave support to other women in distress. She demanded people to contribute Rs 5 to Saheli when we were short of funds. The generosity among the poor is something from which we all should learn,” she says.

Married off in a joint family at the age of 18, Rukmini was unable to adjust to the new environment. “I was always politically conscious given my own situation at home,” she says. Rukmini left her husband’s house when she was 24. She left behind her son too with his father. She married a second time but the marriage did not last.

“Essentially I am too independent and want to do my own thing,” she says.