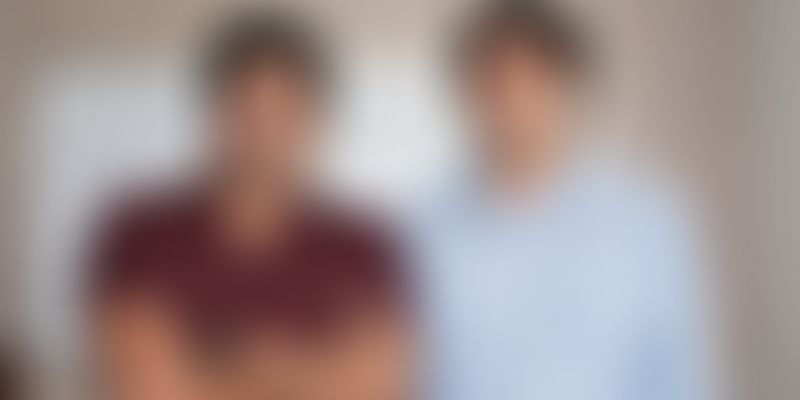 When it comes to persistence, stability and perseverance, Amit Bhor leads the pack. Born and brought up in Pune, his father was an engineer who would design camshafts for machine tools. This led Amit to develop a deep interest in the work, so he started frequenting his father's workplace. He started designing them on paper when he was only 12 years old.

Early on I got into simple cam design without realising that its a form of computing - I got used to solving problems the "computer way." My dad would give me simple designs, and I got good at it.

Amit wasn't born at the right time in 1980 to afford a computer during his childhood; however, he did get one when he joined college. In his first year, it was the college computer, and then brought his own machine, as he got into his second year. During his college, Amit met a friend who had installed Debian on his PC. This interested Amit, and led him to work with Linux. He got immersed completely in the Linux world, tinkering with Linux Device Driver sources.

Its wasn't uncommon to see Amit logging on to IRC for the entire day, and asking the driver maintainers for help. By 2001, as he graduated from college, Amit already had secured a job through campus placements at an MNC. But he was so much interested in Linux that he didn't want a desk job. Fortunately, for him, Patanjali Somayaji, his senior from college, started Codito - a Linux-based services company, and invited Amit to join him.

There were no salary discussions, no equity negotiations - just a promise to do cool projects in Linux.

Their first project involved porting the entire GNU stack to a new processor architecture called ARC. The team was overwhelmed by the amount of work they had to do, but put on a brave face and worked hard to make it succeed. Theirs was the first team in India to port it to another architecture. As time passed, the team grew from four to 40 people. And there were more projects coming in from other chip vendors like Hitachi and Texas Instruments. Amit was heading the embedded services team.

In 2006, the company was acquired by a Valley-based startup Azingo. At Azingo, Amit was the Chief Architect for an open source mobile-based operating system. Major operators and OEMs like Vodafone, NTT, Docomo and Samsung came together to create an open source OS, and an organisation LiMo (Linux Mobile) was established. Amit and his team contributed few core modules to LiMo and worked extensively on system integration and optimising LiMo for different OEMs. He worked on the first LiMo handset for Samsung and Vodafone.

However, it all came falling apart when Google announced Android. In 2009, Motorola acquired Azingo. At Motorola, their team, which already had developed a great amount of expertise working on LiMo, started working on Android. At Motorola, Amit once again donned the role of chief architect for Android. His main responsibility was to speed up the upgrade release time from 9-12 months to 3-4 months for lead devices. There is a high probability that the phone on which you are reading this Techie Tuesdays has some of the OS components developed by Amit and his team.

Also read: Vikram Vincent – ‘I would serve the cause of humanity with the last drop of blood in my body’

Another responsibility included to ensure compatibility of most products (like Chrome OS) with Android.

In 2013, Amit quit Motorola Mobility, which had become a part of Google by then, and put an end to his journey of 12 years, which started with Codito and kept moving on through acquisitions after acquisitions, to take a break and spend more time with his family.

At a time when most people do not stick with a company for even two-three years, what made Amit stick for so long? Amit says

We built this team from scratch, and we pretty much had the same set of people throughout the journey. And we kept doing interesting work together - so never had a reason to leave . And the three acquisitions kind of gave us a feeling of working at different companies.

During his break, Amit experimented with different ideas both in software and hardware and zeroed in on the app market. In July 2014, Amit and Patanjali, who had been together for 14 years, started their second innings with Walnut. Walnut is a real-time expense tracker app that uses your SMS inbox to read notifications and tracks expenses accordingly. The app does not need any kind of input when it comes to entering credit/debit card/bank account details.

At present, Amit is also looking to hire Android and Python geeks for Walnut. Though Amit has contributed to the development of technology for the greater good in his own way, he remains silent when it comes to talking about his own future. Where can one find a better example of humility than him?