‘Bringing women into technology needs to become a national movement’ 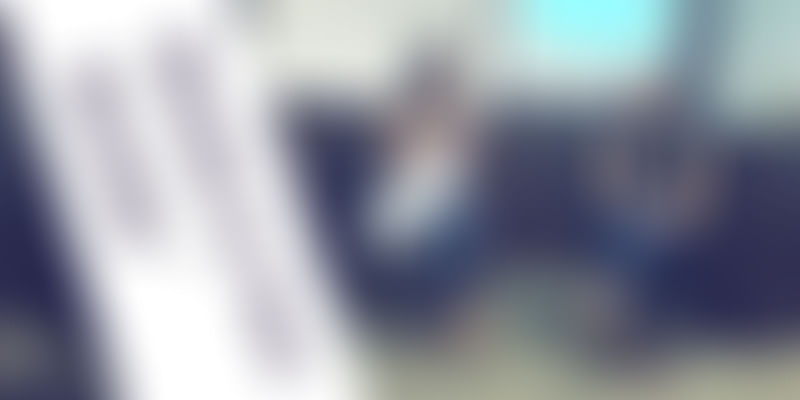 The rise of women in technology is a much discussed, contested, and pondered upon subject across every industry today. No matter which side of the debate you are on, there is no denying the reports that women are now at least the most important demographic in tech.

From Sheryl Sandberg to Padmashree Warrior (and everyone in between), there is enough inspiration for women to draw from, and enough proof for companies across sectors and scale to give their diversity initiatives (or the lack thereof) some serious thought.

We at HerStory have always sought to provide a platform for such exceptional stories of women, and continue to strive in creating a community that can connect, inspire, and grow through learning from each others’ successes and failures.

In keeping with that, we organized the women-in-tech meetup, in association with IBM Bluemix and Directi in Mumbai on May 15th. With a great audience comprising women from both, tech and non-tech sectors, our two panelists, Manisha Raisinghani, Co-founder of LogiNext, and NaiyyaSaggi, Co-founder BabyChakra, tech-trailblazers in their own right, shared their thoughts and insights into the challenges, as well as the bright side to being women in technology.

Here are some key insights from the panel discussion, and the audience interaction that followed:

A graduate of Mumbai University, Manisha worked extensively with data and system integrations in India and in the UK for a few years before acquiringa Masters in Data Analytics and Optimization from Carnegie Mellon in the US. This was followed by stints at Warner Brothers, and IBM (US), where she gained experience in data and logistics.

It was while talking to Dhruvil Sanghvi, her friend from Carnegie Mellon, that they both realized how vastly different the tech spend across logistics was in developed countries versus emerging markets.

Manisha elaborates, “In the US, millions of dollars are spent each year on optimization despite their infrastructure being so much more advanced and better than most emerging markets. But they’re still always looking for ways to optimize (logistics). However, in India, even the big players aren’t yet invested in technology in the same way, and this creates a potentially huge untapped market for logistic tech players.”

With the boom in e-commerce, food, grocery, deliveries, and laundry services, etcwhich gave way for tremendous improvement such as in optimizing routes, calculating ETA, providing customers with a better experience, etc, it was natural for the founders to move to India and start their company LogiNext providing tech solutions to optimize logistics.

For Naiyya, BabyChakra,(an online platform that connects parents to services and products to make parenting a less tedious affair)grew out of her experience in healthcare and education – themes that she focused on all through her Masters at Harvard Business School, internships at law school, and her time working at Mckinsey. Wanting to create something that had the potential to create a wide-scale impact, and over time be self-sustaining, Naiyya knew it was only a matter of ‘when’ and not ‘if’ that she would start her own venture.

While talking to women in her age group, she realized the common challenge they all faced in the discovery of local services when they’re expecting and also as their children were growing up. This discovery was compounded by a statistic she discovered around the same time, “I found that women in India, from our income quintiles, our children, had the same levels of undernourishment as kids in Sub-Saharan Africa in the lower income quintiles.This data struck me as a shock, and stayed with me for a while.”

Realizing that it was clearly a situation of not food or income scarcity, but information scarcity, Naiyya got together with her friend from high-school, Mitesh Karia, to create something that would not only be for-profit and tech-enabled, but would also have the wide scale potential for change that she was so driven by.

On challenges faced as a woman

For Manisha, who otherwise grew up in a very supportive family, the challenges have taken several big and small forms. The first was being termed the ‘son of the house.’ Says the fiery feminist, “I found it odd because I didn’t understand why I had to be tagged a son in the first place. I could be a woman and still have equal responsibility.” She also adds that as a woman, people tend to naturally perceive you as ‘bossy.’ “When a man commands, he’s seen as a leader, but a woman doing the same is seen as ‘rude’ or ‘bossy.’

Naiyya agrees that this bias against women is a common thread even across business communities. She shares, “Once when talking to an investor who seemed genuinely impressed with the idea of BabyChakra, and my passion for supporting mothers in making informed decision, suddenly wanted to know when I would start a family. When I pointed out that it wasn’t relevant, he said that he didn’t want to invest in someone who would take time off work mid-way through business.”

On bringing more women into tech

Manisha believes that the problem is at the funnel, where the inequality can be seen as you progress in your education and career. “In school, there were an equal number of males and females, but as I advanced in my education, the ratio of girls steadily declined,” she says, adding that one of the reasons is that the support for women keeps decreasing as they progress.

For Naiyya, this is a universal problem that needs to be sorted across geographies. She shares an example, “At BabyChakra, we’ve worked with hundreds of mothers who were at leadership roles when they had to take maternity leave. The three months then sometimes stretches infinitely because there’s no one to take care of the baby. By the time they’re ready to get back to work, they don’t have skills that are relevant anymore to the industry. In technology, where every day, every month things change, you become obsolete in a flash.” Her belief is that an institutional framework that supports women taking time off from work, and rescaling themselves in terms of coming back to the workplace is the only way the funnel will continue and grow, and only then can women become leaders.

This resounds with Manisha who believes that whether in the family or at work, for more women to cometo tech, we need to create stronger support systems. She also says that women already in leadership roles need to consciously plan things out for other women.

Naiyya feels fortunate to have met the right people in her journey at BabyChakra,“A value-creation oriented investor will bypass the irrelevant questions in favor of a clear display of passion and determination by the entrepreneur.”

For Manisha, being the sole woman in meetings usually dominated by men has worked to her advantage, “While it’s disappointing that I’m the only woman in the room, it does get me a lot of attention. People tend to take what I say more seriously, perhaps because it’s a different voice.”

On leading a team

For both women, the number one advice is genuinely caring about your team and listening to them. While Manisha has put this to practice by ‘not just thinking about what’s good for your company, but also care about what’s good for their (employees’) personal growth,’Naiyya follows the mantra that ‘leadership is a privilege that you have to earn.’

Naiyya also adds that she looks up to her team from time to time to keep up-to-date on new technology trends.

To a question from the audience about how should startups deal with the problem of hiring women or create an ecosystem wherein women take that leap of faith and try and do something different, Manisha said she believes that women are fast learners and can multi-task easily. Thus even if it takes a little persuasion, she says as a founder/co-founder one has to do all it takes to give women the confidence to take up something new. “I’ve personally spoken to families of my employees, convinced them to move to Mumbai from a different city, assured them of the safety, and explained to them the passion and ambition that their daughters have,” she says as a way of example. She also adds that meetups and tech conferences are also great places to network with women in tech fields who’re passionate about what they do.

Naiyya goes a step further to say that bringing women into technology needs to be made a national movement. She explains, “We’re all tweeting, writing articles etc. but we need to do more, celebrate inspiring stories in mass media, bring out awareness. Once people have role models, they have aspirations. And once they have aspirations, women like us will make a support infrastructure appear.”

To another question on how much experience does one need to be a tech entrepreneur, especially when in big companies, one gets slotted with certain tasks that may not give one enough hands-on knowledge, Manisha says that this can’t be defined in number of years. “As an entrepreneur you just have to learn to delegate. As the CTO, I still don’t know everything. But if I don’t know the best design for example, I’ll bring on people who do. When we started coding, we weren’t thinking of scalability. We just went into the market. You don’t have to wait endlessly to know everything to develop a product. Start with the basics and bring the right people in.” Naiyya has a similar view point. As someone not from a tech background, she says that outsourcing and working with the right people works well. “Hire the best team, people you can trust, and that becomes a strategic part of your role.”