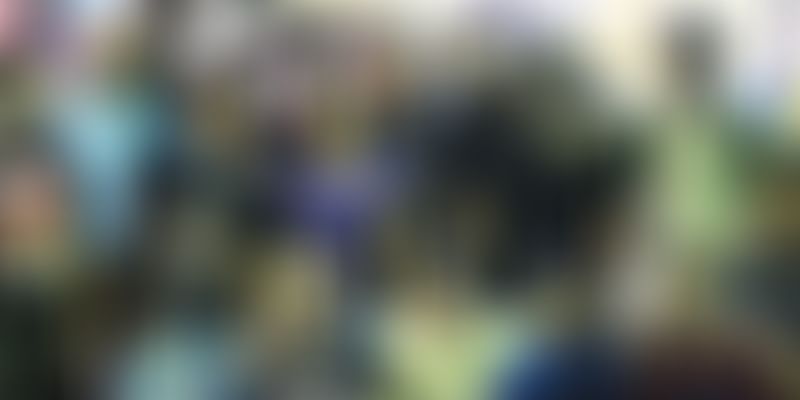 Founded in 2014, by Satya Padmanabham and Ravi Madabhushi, ZapStitch enables companies to synchronize and move data across multiple cloud apps, seamlessly. In other words, it is a data integration platform that enables businesses to automate their data flow across cloud business apps. Some of the apps that ZapStitch helps connect and integrates with, include Shopify, BigCommerce, QuickBooks and Xero. A BITS Pilani graduate, Satya had earlier co-founded YourBus in 2011 which was acquired by GoIbibo last year. Ravi, also a BITS Pilani alumnus was leading the technical team at redBus prior to starting Zapstitch.

What happens with the $2M funding?

The company will utilise the funds for product development, strengthening of team, and marketing initiatives. With this deal, Alok Goyal, Partner, Helion and Rehan Yar Khan, General Partner, Orios Venture Partners, will join the board of the company.

Satya Padmanabham, Co-founder, ZapStitch, claims that an average enterprise uses five to eight cloud based business apps for various functions like eCommerce, accounting, CRM, email marketing, helpdesk and others. The data in each of these apps is highly fragmented, difficult and time consuming to manage. Business teams want to continuously sync and transfer data between these apps. But, getting these apps to talk to each other is a serious pain point. ZapStitch solves these problems by providing simple and easy to use plug and play integration solutions. Satya believes that Helion and Orios have a track record in backing some of the best technology companies coming out of India and their significant know how of the technology product segment will help Zapstitch scale and accelerate growth.

Also read: 30+ Enterprise startups from India that have taken the world by storm

Helion is bullish on technology products that are targeting the global SMB market with a pull based sales model. Talking about the funding, Alok says,

The enterprise cloud market is still nascent but evolving very rapidly. Over the last decade, SaaS applications have grown exponentially, particularly in the SMB segment. Integration of these applications is a very large market and currently in its infancy. Zapstitch addresses this large market through its differentiated product solution with deep integration and a seamless flow of data across applications. The founding team comes with prior entrepreneurial and strong technology experience.

Rehan believes that as several SaaS apps emerge and more and more companies move their business apps to cloud, there is a critical need for companies to automatically sync data between these cloud and Zapstitch is a simple way to address this problem on a daily basis.

With the focus on the SMB market, Zapstitch has customers across the globe. ZapStitch is presently focused on US, Canada, UK, Australian markets and is working with companies like BolderBand, Piko Shirts and Pop Chart Lab to name a few.