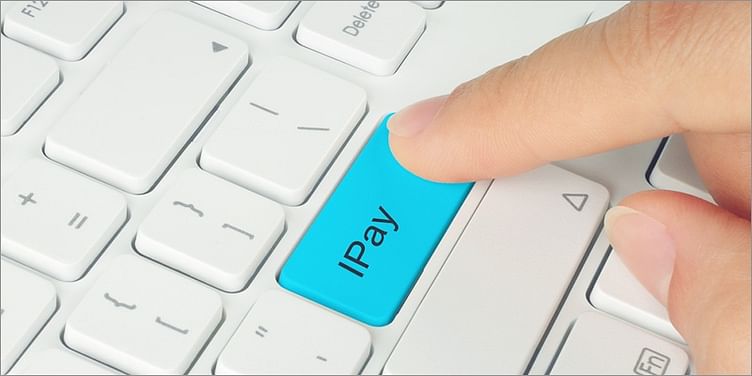 Krishna Lakamsani had plans to come back to India to start a new business right after selling his previous company in the US. However, he wasn’t sure what to pursue. During this time, he was searching for business opportunities where he could scale much bigger business than his previous startups.

Krishna had substantial experience in e-commerce and built his own e-commerce company in USA when he was just 22 years old. Later, he thought why not start with an e-commerce business, utilising all his experience.

After researching in India for almost six months with the help of a research firm, Krishna figured out that e-commerce industry requires innovation to expand its reach and prospects. “India has different challenges from banking to consumer behavior, logistics to internet penetration, and post purchase inertia; which were all required to be addressed,” says Krishna.

Krishna discovered that only a fraction of Indian consumers are buying online. “We started looking in different directions rather than going through red oceans of online e-commerce and concluded that why not create offline e-commerce for the remaining 98 percent Indian consumers through local neighborhood retail stores,” points out Krishna.

After freezing the idea, for the next one month Krishna and his core team did research on neighborhood retailers asking them if they can sell products to their customer which they never stocked. Much to his surprise most of them responded positively.

Finally in January 2013, Krishna floated iPay. iPay primarily makes the chain of largest neighborhood e-tailers without owning any shop and inventory. “Only two per cent of the total retail in India is online. This number is certain to grow but not beyond a certain point due to various reasons. After two decades of existence of e-commerce, matured markets like in the US, e-commerce pegs only at nine percent of whole retail market,” says Krishna.

Krishna is a serial entrepreneur with two decades of experience in the field of IT services, e-commerce and leadership. He is a Harvard Business School Alumni and grew up in Hyderabad. Later, he moved to Australia and from there to USA. He founded his first venture at the age of 23 which was acquired by a New York-based telecom company. His second venture, Infovista, got acquired by the publicly traded IMS Company in 2012.

E-commerce landscape is no alike the US market

Krishna believes e-commerce execution can’t be copied and implemented from the western world as every region has its own influencing variable. Owing to the consumer behavior, e-commerce in India is based on trust, relationship

and assistance. This is where iPay comes into the picture. “We want to reach that set of population before others and facilitate the reach for them through local retailers,” adds Krishna.

Headquartered in Hyderabad, iPay offers a tablet based e-inventory which connects the consumers to e-sellers through local retailers. It’s a hybrid e-commerce marketplace which allows consumers in smaller cities to purchase online by paying offline.

With iPay’s kiosk, retailers are able to sell items which they never sold in the past. Merchants are very interested to

work with us because they are able to reach customers beyond two per cent internet buyers through our network. They are shipping all prepaid orders,” reveals Krishna.Initial hiccups and traction

“Furthermore, as my previous businesses were in the US, it was a tiring task to starting all over again in India. I had to navigate through systems starting at incorporating the company to hiring employees and understanding tax and legal implications,” adds Krishna.

iPay charges seller-listing fees for each sale from merchants.It shares a part of the profit with the retailer who is assisting its customers in purchasing locally.

With 120 people in the team last month, iPay closed $14 million GMV and is growing 24 percent on a monthly basis. “Our gross profit pegs eight per cent average and we spend it primarily on growth and scaling-up. Till March this year, we generated a cash flow of $600K which we pumped back in the venture,” reveals Krishna.

One transaction every two seconds

iPay servers 2.7 million customers across Andhra Pradesh and Telangana with its retail network of 3700 plus retailers. At present, it acquires a new customer every five seconds on the clock somewhere in Andhra and Telanaga, and every two seconds one sale happens on the platform.

Market opportunity and road ahead

“Indian retail market is a $600 billion (source) market and our target is to achieve 0.16% of that to reach our goal of a billion dollar GMV. There’re 13 million neighborhood retailers (small mom and pop shops) across India, and we’re intended to convert 1.27% of them as iPay retailers and we will reach our goal and become a billion USD company,” outlines Krishna.

With a team of 120 people, iPay plans to expand to four states from two states it presently operates and exceed its count of 25,000 retailers to generate INR 1200 crores as GMV. It aims to take the first mover advantage of selling e-commerce to the bottom of the pyramid customers. “We are looking to raise Series A of $15 million in the next couple of months,” concludes Krishna.