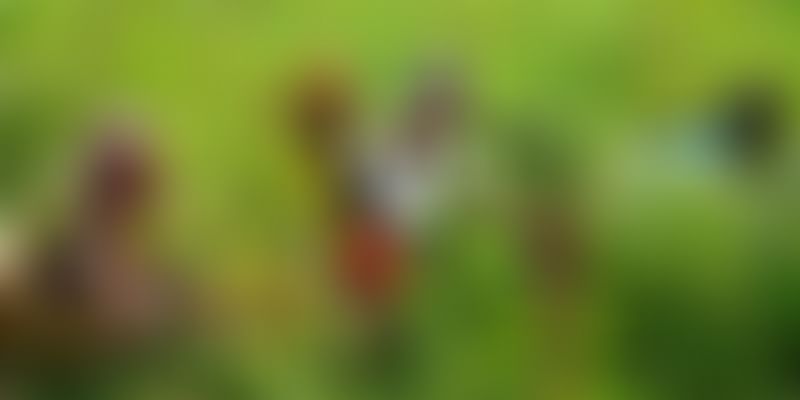 It’s going to be a scorching summer ahead if meteorologists are to be believed. With a likelihood of another drought year, farmers may face a parched earth and poor harvest. One of those victims will be Gujarat. In dusty and hot Ahmedabad, where temperatures soar into the 40s, routine droughts often usher severe water crises.Trupti Jain, born and brought up in this city, regularly travels across the length and breadth of Gujarat and Rajasthan, two of the hottest states in India. She works with underprivileged rural women, who often face the brunt of bad weather and water scarcity. The founder and director of Naireeta Services, a social enterprise, her team of nine professionals work to implement Bhungroo. Its execution team is headed by Biplab Ketan Paul, director of NSPL and Ashoka Globalizer. Trupti herself, is a Rockefeller Foundation Fellow and LEADs Fellow and expert in environmental engineering. From business professionals to all manner of engineers, the Naireeta team is an experienced one.. Besides, it also boasts 23 volunteers, all women climate leaders who’ve earned the UNFCCC Momentum for Change award for Bhungroo. Naireeta functions across UP, Bihar, West Bengal,Karnataka and Gujarat, and they’re in the process of creating execution teams in MP, Rajasthan and Haryana. The urgency of helping India’s smallholders was further highlighted by UNEP and IFAD in its 2013 report titled ‘Smallholders, food security, and the environment,’ which states:

“Smallholders manage over 80 per cent of the world’s estimated 500 million small farms and provide over 80 per cent of the food consumed in a large part of the developing world, contributing significantly to poverty reduction and food security. Increasing fragmentation of landholdings, coupled with reduced investment support and marginalization of small farms in economic and development policy, threaten this contribution, leaving many smallholders vulnerable.”

In Gujarat and Rajasthan, Trupti observed first-hand, rural women physically struggling to secure water over eight dry months. And when the monsoons arrive, they clamber through waterlogged farms and flooded neighbourhoods. “Both situations are diametrically opposite,” says Trupti, “and both cases are highly detrimental for poor smallholding women-headed households.” Without food security, trapped in a vicious debt cycle, these families are pushed to migrate or forced into bonded labour.

“That is the precise objective of Naireeta Services,” says Trupti. “We are trying to follow Mahatma Gandhi’s principle of Antodaya, i.e., serving the last person in the queue in the best possible way. And if we can follow that path, then we can surely make Gandhi ji’s belief of Sarvodaya a reality.”

At the centre of this circle of antodaya and sarvodaya is Bhungroo. The traditional bhungroo is a hollow pipe through which women blow air to keep their open cooking stoves firing. It’s a common fixture in villages, small towns and even urban slums.

“Similarly, without Bhungroo, she cannot feed her family members. Bhungroo is a technical process that enables poor small holders to access water in winter and saves farmers from disaster and ensures food security in monsoon and lean period.

“Each unit of Bhungroo guarantees nearly 1 million litres of water to poor smallholders in off-seasons to irrigate their crops,” explains Trupti, whose organisation, she says, has irrigated more than 2 lakh hectares of land. And during monsoon, excess runoff water is filtered and directed towards underground wells. This way, aquifers are artificially rejuvinated.

Without proper supplemental irrigation, like canals, poor farmers depend exclusively on rainfall during monsoons and privately sourced irrigation water during winters. Without capital, smallholder farmers are forced to buy water with their crop, which is, sometimes, half the total produce of the land. When the farmers can’t afford to pay for the water, water sellers boycott them. Even this private supply of water is left to the whims of the supplier. In such toxic partnerships, it’s common for desperate farmers to put their land as collateral for water, and many lose their lands for years in these deals, according to Trupti. Summers leave these same farmers cashless, waterless and cropless. Monsoons, hence, become the only source of food and financial security for the entire year for a family. This has been going on for almost a decade. At every turn, whether against nature or his own kind, the farmer is always on the wrong side of this gamble.

Bhungroo is executed through community cultivation not just to protect farmers from being exploited , but to make a secure future for women.. At least five poor women smallholders enter into a pre-agreement that they’ll jointly manage their Bhungroo, share irrigation water and contribute to labour in each other’s ’ lands. The Bhungroo year-one installation cost starts at INR 9 lakhs. One Bhungroo unit can last for 20 years. With this cooperation, it can cater to 21 acres of land during both monsoon and winter. Since most rural families average out to five or six members, anywhere between 30 to 50 individuals benefit from the technology and scheme. Their annual family income, says Trupti, shoots up from Rs 12,000 to Rs 38,000, whereas one acre of land produces crop worth Rs 25,000 (from Rs 8,000 earlier). Naireeta’s Bhungroo revenue comes from recce surveys, feasibility surveys, installation, knowledgeable collateral, capacity building, co-branding and success fees.

For starters, farmers didn’t trust Bhungroo. They didn’t think such a technology could exist, and it was simply another scam to entrap them. “For them,” says Trupti, “it’s a miracle. And they’ve never seen a miracle in their life.”

Trupti had to face a lot of opposition from the men folk who were particularly against Bhungroo being centred around women. Trupti says, “NSPL was non-negotiable on this subject; male members were migratory, so they had little knowledge on what their wives were doing for water.” It took a few years for them to relent. Trupti also had to contend with vested business interests who opposed Bhungroo.. To them, Naireeta Services was trying to jeopardise their monopoly and land-capturing schemes. “That was hell lot of challenges as they had a good amount of clout. But local SHGs [self-help groups] and commune ownership was able to dismantle those iron clutches.”

Still, Naireeta’s problems were seemingly endless. “Nearly moneyless smallholders were not able to mobilise a single penny for the work,” says Trupti. Women had to be convinced to take part and involve their families to install Bhungroo. “They were part of each step, and learnt it in and out. They also took part in decision-making of pumping machinery purchase, as they had to use it. Along with financial negotiation, they were keen to have ‘post-sale service agreements’ at farm gate. That was one of the best decisions (proved over time), as it eliminated operational hitches. It has now been incorporated in our SOP.”

Depending on environment, Bhungroo design usually needs to be changed to increase efficiency. Currently, there are 12 Bhungroo designs based on 12 environmental characteristics that Naireeta has charted out. These designs allow it work in 311mm of rainfall in desert areas to 1,800mm of rainfall in heavy granitic subsoil areas. “If necessary and sufficient conditions of parameters are not fulfilled, then Bhungroo cannot be erected.”

The one positive is that government bodies have been forthcoming with this technology. “Bhungroo is well-accepted across decision makers in more than 12 states of India. Few Central Cabinet Minister are taking the message to Parliament, as well as NITI Aayog, whereas policy makers have taken keen interest in promoting Bhungroo in SAARC and Africa,”says Trupti.

Bhungroo’s whole process involves sourcing local skills and materials. It’s a strictly Gandhian principle upon which the enterprise functions. But it’s also the only option they have. While it can be easily argued that top-of-the-line resources are far more beneficial than locally sourced ones, Trupti says India doesn’t make that option viable due to the expensive nature of technology. The socio-economic make up of an Indian farmer is far different from that of a Swiss, Australian or American farmer. She says, “Our Father of the Nation believed that locally sourced skill and material can only be the backbone of Gram Swaraj. The whole technology has to be operated by those people who do not know the nitty-gritties of scientific theories. The ultra poor smallholders have to be self-sufficient not only in operation, but also in smaller maintenance factors. Hence, it will be very difficult for them to source any external kit or tool or parts for this work. This will make them dependent upon NSPL, which is praiseworthy in capitalist theory, but contradicts ‘theory of humanity.’”

Trupti feels it may take another decade or so for India to adopt Bhungroo, a technology that Biplab, its creator, has refused to patent on humanitarian grounds. She believes that if all of Gujarat’s smallholders adopted sustainable irrigation practices, “they can contribute an annual income of INR 800 crore to state economy.” It’s essential to add that though farmers face severe problems in India, they are partly responsible for the water crisis, mostly due to over-use of water, excessive drilling and subsidisation.

“Now you can define the future of Bhungroo better than me,” says Trupti.