What is stopping you from chasing your dreams? 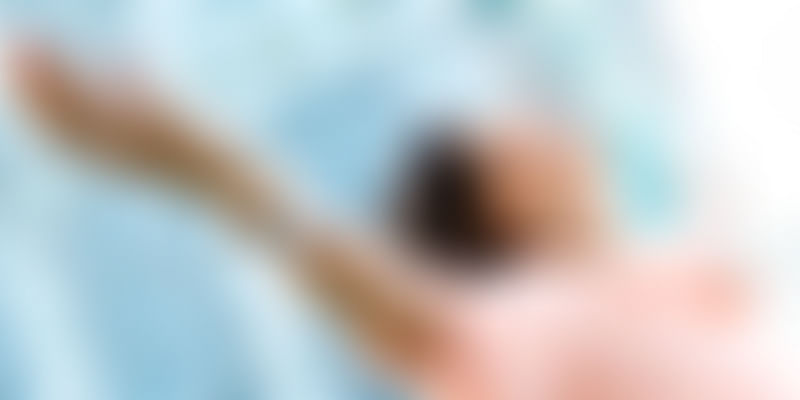 “How does one become a butterfly?” she asked pensively. “You must want to fly so much that you are willing to give up being a caterpillar.” -Trina Paulus

Though success may mean different things to different people, chasing our dreams and doing what we love is by most standards a measure of success.

A friend said the other day, “Is society stopping women from standing up for themselves and following their heart?”

We all have our own answer to the question. We are often the biggest impediments to our own success.

Anisha Singh of mydala says, “My conversations with several aspiring women entrepreneurs, friends and my own experiences have made me realise that one of the biggest things holding women back is women themselves. This is my personal view and, of course, it does not apply to all women.”

To succeed here are what a few women entrepreneurs and leaders suggest.

Once in a while it really hits people that they don’t have to experience the world in the way they have been told. -Alan Keightley

Roshni Sharma, born in Narora, a small town in UP, drove 5453 kilometers from Kanyakumari to Leh on her own and with a pack of pepper spray for good measure. She says, “I was advised not to go through central India. It would mean crossing Madhya Pradesh and Uttar Pradesh. And, you know, there’s so much crime in UP; we keep hearing these stories of rapes, murder and theft. But, I didn’t want to stereotype any place based on these things. So, I decided to take the central India route. It’s true that there are a lot of crimes against women in India. But, I also wanted to prove that if you set your mind to do something, then you can achieve it. Nothing can stop you.”

After an extremely successful 26 year corporate stint, Shukla Bose had had enough. She says, “I was at the peak of my corporate career, but I decided to do something different- to ‘invite’ change in my life.” In 2000 she joined an international NGO, heading its India chapter. As the MD of the Indian chapter, she chose education as her project theme. “My name was struck off from the cocktail parties, but I didn’t really mind. My daughter and husband were both thrilled with my decision, and supported me. Nothing else really mattered. I moved to a smaller car and had to live with people’s pity for some time, but it was indeed a short period of time,” says Shukla.

Be what you are. This is the first step towards becoming better than you are. -J.C. Hare and A.W. Hare

Be original, be yourself. Priya Kumar, the well-known motivational speaker, bestselling author and corporate trainer, who is also the CEO and Chief Facilitator of Priya Kumar’s Training Systems (PKTS) says, “The first lesson I would like to share from my own experiences of mistakes is – be yourself, be original. Because when you are original then your greatest compliment will be when others will want to follow in your footsteps or copy you.”

You will never find time for anything. You must make it. -Charles Buxton

Prioritize. “Women entrepreneurs are always challenged to balance between work, household chores, children, spouse, in- laws, parents, social commitments etc. They prioritize a lot on the relation, I would suggest, prioritize your situation,” says Nishita Mantry, CEO of My Life Transcript.

I have accepted fear as a part of life- specifically the fear of change. I have gone ahead despite the pounding in the heart that says: turn back. -Erica Jong

Embrace change. Change is never easy. Sneh Sharma, Founder and CEO of all-girls digital media agency called Ittisa says, “Change is necessary if you want to grow and challenges, I believe, are the harbingers of this change. Winning and losing have never been a part of my big picture, but challenges have always been my driving force. They are my greatest source of strength too. If it were not for these challenges I would be stuck in a rut, following the same old mundane routine and learning nothing new.”

There are times in life when, instead of complaining, you do something about your complaints. -Rita Dove

Speak up. “Women have a lot of energy in comparison to men. They can start their day at 6 am and end at midnight. What they lack is constructive communication. They always complain but don’t share their real issues, their real concerns,” says Nishita Mantry.

Worry looks around, fear looks back, faith looks up, guilt looks down, but I look forward. – John Carter

Yukti Mehandiratta is an entrepreneur, a mum of twins, a model and a TV anchor who has been working for children through her venture. She is happy to be following her heart in this lifetime and making whatever little difference she can. Talking about guilt not letting come in the way of success she says, “There were times when I felt like a bad mother leaving my kids to maids (and the likes) to grow up with. I think women need to shrug off the unnecessary burden of proving themselves as a good mother, wife and daughter-in-law all the time because if we exercise the passion we have within us for our dreams then that passion will automatically and authentically flow in all our close relationships as well.”

Dr. Vandan Jain, a doctor and an entrepreneur who specializes in cornea surgery and is the Co-founder of Advanced Eye Hospital and Institute (AEHI), says, conviction is important. She sums it up, “Whatever be the case, women should never let their dreams be suppressed – whether they have a child to take care of or they have other responsibilities. All these things fall in place if you have the desire and conviction to stick to your dreams. Somehow everything aligns for success and falls into place if you have strong conviction. I would suggest that women should not play small but play real big, and just be strong.”