Crowdfunding gets a new shape, JoaT enables you to design custom tees and launch funding campaign 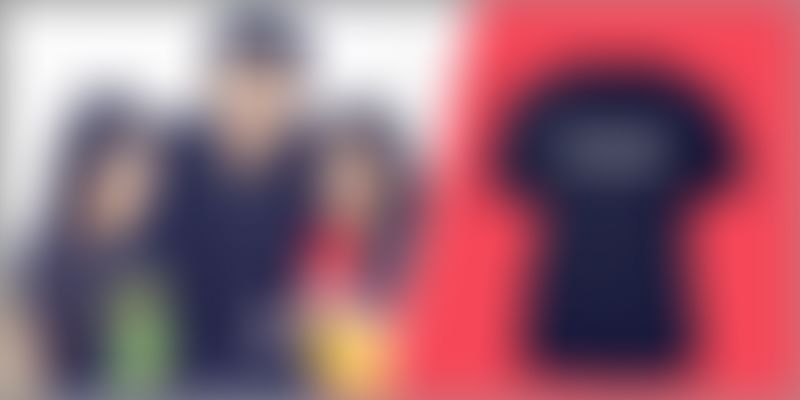 Crowdfunding is a new way for startups to raise funds, and of late the trend is catching up slowly in India. Many startups seem to adopt the crowdfunding route as never before and according to The World Bank report, the growth of crowdfunding in the coming years will be spearheaded from emerging markets like Brazil, China and India.

Unlike crowdfunding in startup space, Bengaluru-based Jack of all Threads (JoaT) is a unique crowdfunded platform for custom merchandise. One can design a tee using the web design studio, and based on his designs and product types, and can immediately see the base cost for estimated numbers of T-shirts sold. They can then set their own selling price and launch the crowdfunding campaign.

JoaT is a platform which aspires to truly democratize the e-commerce and an early mover in the crowdfund apparel space.

Jack of all Threads gives raisers access to world class technology, manufacturing, logistics, buyer support and payout systems that have so far been accessible only to large retailers.

“JoaT has opened up the e-commerce model in a manner never seen before. On the lines of companies like Youtube, Facebook, Wikipedia and even the App Store, JoaT has created a clear framework for content creation,” says Yash Vardhan Kanoi, Co-founder.

JoaT doesn’t see itself as a T-shirt company, or even simply a website. “We are hugely technology and systems-driven, building a powerful centralized machine that makes entrepreneurship accessible,” adds Yash.

At present, the company has close to 4000 raisers campaigning, and over 2000 campaigns being launched on a monthly basis. JoaT’s systems allow minimum campaign goals of just one, 17 colours for buyers to choose from along with free shipping and cash on delivery option.

It doesn't see any serious competition of scale because the problem it’s trying to solve, and company’s approach to it, seem to be different. “We want to break down every single pain point between idea and commerce, and make it easy for everyone to experience creative entrepreneurship,” points out Yash.

The company covers everything from a mom-tested-easy-to-use Design Webapp to powerful raiser dashboard features for campaign templates, looping, dynamic profits in line with total sales.

Currently, the company charges a base price that gets deducted from a raiser’s final profits. This accounts for product type, design complexity, total sales, logistics and a small admin fee. “However, these are early days, and we should see this evolve as our model expands,” says Yash.

The company doesn’t disclose revenue numbers but it did a few crore turnover in the last fiscal. JoaT is looking at nearly 100,000 campaigns and 500,000 buyers in the current fiscal. JoaT competes with dPod.in, a crowdfunding marketplace for t-shirts; similar to a mix of Kickstarter and Threadless.

Theoretically, the Indian custom apparel market is projected to touch around $6 billion in a few years, and worldwide is $70 billion plus. But JoaT is changing how custom apparel is made, thought of and purchased, and the team believes that this should in itself affect these numbers.