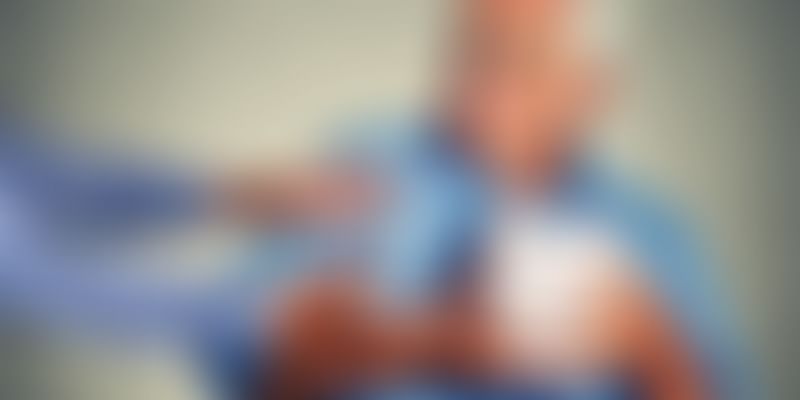 Terming financial education and investor awareness a must to check the ponzi menace, regulator SEBI's Chairman U K Sinha has expressed concern that some states are yet to enact the law aimed at protecting the depositors' money.

Speaking at Varanasi, the SEBI chief said that Uttar Pradesh, despite being the country's largest state in terms of population, also fares very badly in terms of financial inclusion and in terms of penetration of authorised investment products like mutual funds. The comments assume significance in the wake of a number of unauthorised investment schemes, including those offered by the Sahara group, have been found to have mushroomed in the state for many years.

While the Securities and Exchange Board of India (SEBI) Chairman did not name any entity engaged in such unauthorised pooling of money from investors, he said that investor awareness was a must to keep a check on such activities, through the government and regulators have taken a number of measures in this regard. Addressing a seminar on financial education and investor awareness in Varanasi, Sinha said that a lot of coordination is required among various agencies to check investment frauds.

"For that purpose, the Reserve Bank of India has started this concept of state-level coordination committee. This committee is headed by the State Chief Secretary and it meets every three months. The committee looks into every complaint, media reports, and other information that comes to its notice about money being collected in unauthorised manner or suspected to be unauthorised manner. Then it decides which agency will look into the particular matter," Sinha said.

"Since we created this mechanism last year, the instances of new efforts have come down substantially," he said, while adding that many states have also passed a law, which is called the State Depositors Protection Act, to check this menace. Sinha said that as many as 20 states, including Maharashtra and Tamil Nadu, have enacted this law and the District Magistrate and other authorities can act whenever there is an instance of unauthorised money collection.

"However, Uttar Pradesh is yet to enact that. We have been requesting the state government that they should also enact the State Depositors Protection Act," he said. Sinha further said that the chances of individuals getting trapped into unauthorised schemes become very high if there is not enough financial education.

"The second thing I will like to mention that there is a lack of inclusiveness in our financial markets. A study was conducted by RBI on banking penetration and related matters," Sinha said.

"They created an index of financial inclusion. On this index, a score of 1 was considered the best, 0.5 to 1 was very good, 0.3 to 0.5 was medium and below 0.3 was deficient. Only three states in the country could find a place in the top bracket of 0.5 and above and majority of states are in the below 0.3 bracket meaning the financial inclusiveness is deficient there and UP is one of those states. Here the index was 0.24," Sinha added.

The SEBI chief also said the lack of financial awareness also leads to mis-selling of products by authorised agencies. "Talking about UP, the population here is more than 20 crore, but I find that the number of mutual fund offices in the state is less than 10 per cent of total in the country. If you look at the AUM of the mutual funds, it is just about Rs 26,000 crore here while the whole industry is more than Rs 11 lakh crore. It is just about 2.3 per cent. The beneficial owner accounts in the country is 3.6 crore, while the same in UP is just 16 lakh. Even from this data, this becomes apparent that a lot needs to be done in this part of the country," Sinha said.

Sinha also said that improving the investment ratio was a must for the country to achieve a growth rate of 8 per cent on a sustainable basis. "In a country like ours, the incremental capital output ratio is around 5 per cent and if you want to achieve a growth rate of about 8 per cent, investments in the country have to be around in the range of 40 per cent. In the best of the years, we have had the investment rate of about 35-36 per cent, which has now come down to about 30 per cent. If you also add the foreign direct investment, that will add to around 5 per cent. So, against a requirement of about 40 per cent, in the best case scenario today we have about 35 per cent possible for the investment pattern," he said.

So there is a big gap. 5 per cent or 6 per cent is a big gap. And the worrying thing is that while we are talking about the domestic household savings or the country's domestic savings, we also must keep in mind that a major portion of our domestic savings does not go into financial markets. A major portion is getting into non-financial savings. What we mean by financial savings is banking system, the insurance system and the capital markets, which are competing with each other. You will discover that hardly 3 per cent of the savings are into these securities markets. For a country of our size, we have around 3.50 crore investor accounts. So what we are talking about is that there is a huge distance, a large distance to cover when we are looking the area that we need to cover in terms of the area of investments that need to be covered to reach a growth rate of 8 per cent," Sinha added

Sinha further said that there is a huge opportunity lost for the Indians. "Over a consistent period, the benchmark index, for example the Nifty, or the main index BSE Sensex, has given a return of 15 per cent annually over a long period of time of 10 years or 15 years or 20 years. And if you look at the returns that you are likely to get from any other investments, you will find that there is a huge difference. That is an opportunity lost," Sinha said.

He said overseas investors have pumped in huge money worth over USD 250 billion in Indian markets since the foreign portfolio investment route was opened up in 1992-93. "In just one year 2014-15, we had around USD 45 billion of money coming in. You will be surprised to know that a good portion of that money is from the workers all over the world (through their pension funds and other FII routes). So, workers of California, London or Boston are investing in our markets and taking advantage of the growth of our economy. But we as Indian nationals, if we are members of the organised EPFO for example, till about a month ago we were prevented from investing in our markets. So, there is a huge opportunity cost which is being paid if we do not have the financial education," he said.

"Another important thing is that many of us are falling prey to grey market products or unauthorised products and the products that we need to be very careful about. This is not something which is happening in isolated pockets of India. In various parts of the country, efforts have been made over the several years to raise money by making unreasonable claims, making promises which are not sustainable," he said.

Giving example, Sinha said some collective investment schemes make promise that money will double in three years. He said, "People who are selling those products, they charge a 25 per cent or so as commission. So if you have invested Rs one lakh, Rs 25,000 has gone as commission, then under what legitimate business, Rs 75,000 can become Rs two lakh in just three years? I fail to understand that. But this is what has happened in states after states for a long period of time."

To resolve the issue of jurisdiction to handle such cases, Sinha said, Parliament has amended the SEBI Act to give extra powers to take action against any entity that has raised Rs 100 crore or more and was not registered with any other agency like RBI, MCA or Registrar of Cooperative Societies. In the last one year, we have been able to pass orders in 180 cases. We have passed orders banning them from raising money, we have also passed orders for recovery of money from them. We have already recovered Rs 25 crore, it is a small amount, but we were given these powers only last year. We have started working in this area," he said.