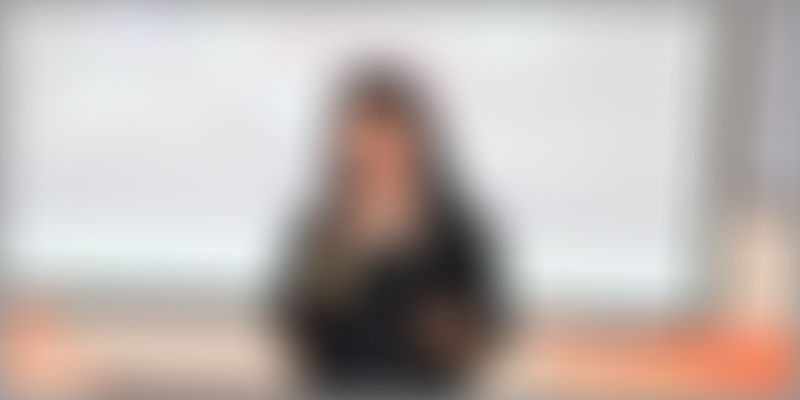 In her previous avatar as an auto journalist, Tavleen Mehendiratta spent her days testing cars. Now she is building an online platform to make cities better and smarter.

“I realized the dubious side of my work—driving 80 km everyday,” says Tavleen Mehendiratta, founder of Smart City Labs.io, explaining her decision to shift tracks. “On one hand I was burning rubber on circuits, testing cars and contributing to the prosperity of the auto industry and on the other hand I was cribbing about congestion, pollution, air quality and wasting time in traffic.”

Smart City Labs was launched in 2013 as i-Mobility, but the platform took off only this year along with the change in name in March. Tavleen aims to create a one-stop online source for videos, do-it-yourself projects and content that is helping entrepreneurs and students create solutions to make cities smart. For instance, the platform has a project on smart meters, where an individual can know real time electricity consumption of his or her home. There is a game aspect also, where people can compete with each other based on their consumption ensuring lower electricity bills.

But it was not a sudden transformation for the 26-year-old entrepreneur. After a couple of years as an auto journalist, Tavleen worked as an evangelist for Mahindra Reva. She travelled around the country, across 12 different cities from Chandigarh to Cochin, evangelising sustainability and starting conversations on the future of the automobile industry.

“During my journey I interviewed directors of Smart City Labs at MIT, professors of urban policy at Tufts University, founders of startups focused on using the power of data to reshape urban future,” says Tavleen, who got her undergraduate degree in engineering from the University of Brighton, UK. “I was greatly inspired by how we can build smarter cities in the bottom-up way than top down. We say we’re building smart cities one byte at a time!”

Move over challenges, it’s a world of opportunities

Tavleen believes her gender does not pose any challenge in her entrepreneurial journey. Rather, there are a lot of opportunities. Women, she says, have more options at their disposal today. The fact that the auto industry is male dominated did not stop Tavleen from being fascinated with the sector. “We have great women designers who can pull off bold strokes on design softwares and engineer great products,” says Tavleen.

Women have begun to make their presence felt in the industry at all levels. While pursuing an internship at Sona Koyo Steering, one of the largest manufacturers of steering systems in India, Tavleen spotted a woman or two on the shop floor. She also found women doing some of the tests on the shop floors of the Mahindra Reva factory.

Tavleen continues to contribute to one of India’s strongest blog community on automobiles.

Tavleen believes it was the support from her parents that helped stay focused on her startup, despite the long, almost two-year-long gestation period. “When I started off with video journalism, my dad used to hold my camera as I delivered my pieces to camera,” confesses Tavleen.

Tavleen’s biggest fan is her younger sister, a student at Symbiosis, Pune, who is also working on a startup idea around fitess. In fact, it is sister Ashmita Mehendiratta, who inspires her to persevere.

I don’t have one role model. I love to read and follow people who’ve gone against all odds to make difference in their own ways,

Tavleen was inspired by the people she met when she received the fellowship. “I had an opportunity to meet people who were physically challenged and yet had won marathons and I was greatly inspired by an old lady who taught poor kids under a tree and went on to expand the network and helped thousands of illiterate kids pass school,” says Tavleen.

The one thing that keeps her going

Despite the large problems plaguing Indian cities, Tavleen sees many reasons for hope. The internet has led to the founding of companies that have gone on to make millions of dollars in revenue. The internet has even helped draw people out of abject poverty. Tavleen believes the opportunity will be much bigger with the emergence of Internet-of-things (IoT) and with billions of devices moving to the cloud.

“I am excited to see what this could mean for our cities, which are bursting at the seams today,” says Tavleen. “That is what keeps me going—sheer excitement and curiosity about the mission I am on!”