Non-compliance with TDS laws can have dire consequences 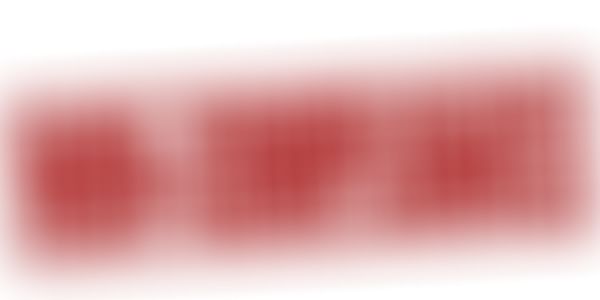 Tax deducted at source (TDS) seems like a simpleconcept. Due to its applicability ineveryday life, we have started taking its related provisions for granted. However, while we are aware of a few of the basic provisions, we mostly ignore the consequences of these provisions.We all know that little knowledge is very dangerous, but we tend to forget this.This is applicable in how we know what percentage of the TDS must be deducted every month, but, not surprisingly, we ignore the consequences ofnot deducting it on time, or deducting but not paying it to the government before the due date.

These things, mostly ignored, pop-up at wrong times, resulting in heavy losses. Thus, it is important to understand all the provisions related to TDS.

So, owing to the aforesaid provisions, persons who are responsible for generating income to third parties are effectively quasi-agents of the government, collecting and paying taxes on behalf of the payees.

One may thus wonder the quasi agents get paid for providing such great services to the revenue department.

The answer is no; instead, the quasi agents have to pay interest on delay, penalties, and may even face imprisonment for non-compliance!

It doesn’t end here. Even expenditures on which TDS is required to be deducted and paid,or not deducted and not paid, is not included in the computation of total income and taxes thereon for the payer.

The Mehra brothers, qualified software engineers, left their well-paying jobs in software MNCs to start their own software programming company. In a very short period of time, their hard work paid off, and the business began to grow; total turnover crossed a crore in less than two years. They hired a local consultant to take care of their day-to-day tax compliance. The directors, being from technical backgrounds and thus ignorant of tax laws, concentrated on proficiency in business, and acted on the advice of their consultant regarding tax compliances.

Everything was going well - until, one day, the brothers received a show-cause notice from the TDS wing of the Income Tax Department, demanding reasons for the non-imposition of penalty on the delay in the deposit of TDS. The notice also initiated prosecution proceedings on both the directors of the company.

Before we proceed, let us discuss the many provisions relating to TDS thatcould hamper your business, and might also land you in prison:

From the preceding brief explanations, it is clear that provisions relating to TDS are draconian.

However, amongst all thesestringent provisions, the Government has provided a way-out for the defaulter, subject to certain conditions, to escape being ‘assessee-in-default.’

The provision provides:Any person who fails to deduct the whole or any part of the tax on the sum paid to a resident, or on the sum credited to the account of a resident shall not be deemed to be an assessee in default in respect of such tax,if such resident has paid taxes on such income, filed income tax returns and the defaulter furnishes a declaration in prescribed format accompanied by a certificate in this regards from a Chartered Accountant.

Basically , the law says that when a person fails to deduct TDS on payment made to a resident, and if such resident has paid taxes on such income by himself, files his tax return on time, and the defaulter furnishes a delaration in prescribed format accoppained by a certificate in this regard from a Chartered Accountant , then such defaulter would not be regarded as “assessee in default”.

Let us see the impact of non-compliance of TDS provision through an instance:

If the expense of Rs 10lakhwas liable for TDS at 10%, then Rs 1lakh shall be deducted as TDS. For non-deduction/payment of Rs 1 lakh, expense of Rs 10lakhs shall be disallowed. This means that your expense increases with the same amount that in turn will raise your tax burden with Rs. 3,09,000.

Further, on non-deduction/payment of TDS, interest is levied depending on the period of delay. In addition, there is the penalty of Rs 1lakh. Above all,if the department finds non-compliance to be wilful, imprisonment is a certainty.

So, through this example, we can seethat by not complyingwith TDS provisions, onemight have to pay approximately Rs 5lakhs and face the risk of imprisonment, instead of the required Rs 1lakh.

Coming back to the Mehra Brothers - on receipt of the notice, they immediately had to pay the TDS amount, interest and penalty, which totaled to almost 3 times the initial liability. They were allowed to deductexpenses, as the notice was received prior to their filing income tax returns for that year. It was only upon payment of the entire sum, and pleading ignorance of lawbefore the officer,that the prosecution proceedings were dropped. This created immense stress and a working capital fund crunch for the Mehra Brothers. Because their business was going well, they were able to absorb the shock.However, such non-budgeted liabilities couldhave actually brought a less establishedbusiness to a standstill.

It must also be noted that ‘ignorance of law’does not legally excuse one from payment of interest, penalty and prosecution. Thus, it is of utmost importance that all start-ups and budding entrepreneurs have basic ideas of these rigid provisions, and try and be as tax compliant as possible.

You may get in touch with the author on his website Taxmantra.com and get more information.