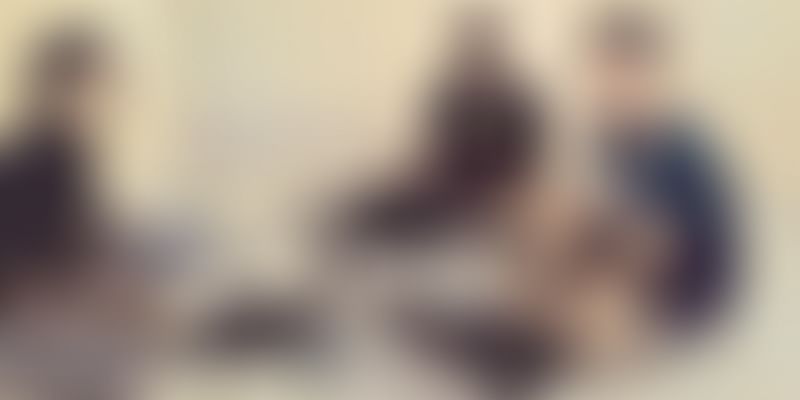 BITS Pilani is known for its entrepreneurial culture. The college has many successful alumni in the startup industry like the founders of redBus, Exotel, Zivame, and Blume Ventures, etc. It also has a course in ‘New Venture Creation’ which is supported with a fund to invest in startups from BITS. This culture has allowed the students to dream and go after them.

Yes, think on the lines of Oculus, the virtual reality company that Facebook bought for $2 billion. An inspiration for sure, but while Oculus Rift currently deals with 3D gaming, the trio at Absentia wants to apply their headset Tessarect for various purposes also. Shubham says:

Is Tesseract ready? “We are ready with our pre-manufacturing prototype. Our device plus softwares are ready and complete. Currently, we are open to demos and final testing,” says Shubham. With a high resolution of 4k per eye (side by side format), Tesseract is likely to be in the price range of $150-220 which is much more reasonable. In case you’re thinking why the name sounds familiar, recollect the movie Interstellar, that’s your clue.

Right from the start of the project to date, including software, hardware, product design etc., the trio has managed everything. It has taken them eight months to come up with the model they have and will now begin to go out and show it to more people. “VR is a huge un-captured market and streamlining inventory and marketing for a global reach will require investment around $100k to $150k,” says Shubham.

The trio has bootstrapped the project with their own PCB design which was fabricated from Mumbai. A few parts have been imported from Shenzen, China and rest have been procured from Grant Road, Mumbai. The team intends to apply for the 'New Venture Creation' course in their next semester.

The project is ambitious and not having tried it out, we can still not comment on the product but the audacity of thinking something in this direction and going ahead with it is commendable. Absentia might remain a concept (or it might go ahead and make an entry in to the market) but the fact that the team has built a prototype talks a lot about the kind of work starting to happen in engineering colleges in India.